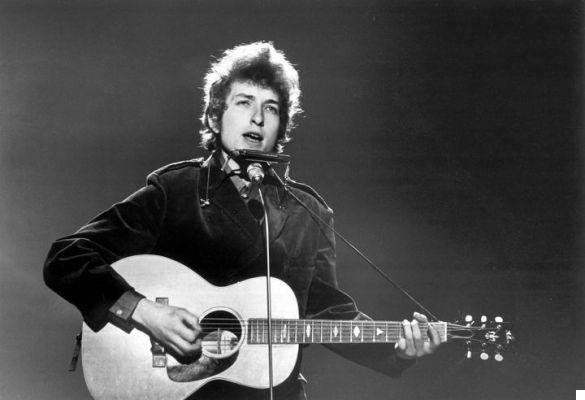 As much as we love our favorite songs, there are times when we need new sounds. We need new songs to make our day a little more special. If that's your case, don't be discouraged! At TopFestivals we suggest you try folk. That's why we bring you the best American folk singers.

The best American folk singers are:

Best American folk singers: the pioneers of the genre

If we talk about folk music, there are a number of names that can not be missed. Among them are the first to popularize this musical genre. These four names are at the top of the ranking when we talk about the best American folk singers.

All of them have served as inspiration and reference to a large number of subsequent artists, either inside or outside the folk genre.

Born in 1941, Robert Allen Zimmerman, better known as Bob Dylan, has more than 60 years of career. Not only is he one of the best American folk singers, but he has also been considered one of the best musicians in history.

He has mixed typical folk music with rock or blues. In his musical career his protest songs stand out widely , since Bob Dylan has been involved in many social causes over the years.

Songs like "Blowin' in the wind" or "A Hard Rain's a-Gonna Fall" show his discontent with government decisions or world affairs. He was also singing at the 1963 civil rights march.

In 2016 he was awarded the Nobel Prize in Literature for his highly poetic lyrics. Bob Dylan is considered one of the most influential people of the 20th century and personalities such as Barack Obama have praised both his music and his lyrics.

Judy Collins, born in 1939, is another of the best American folk voices. She has numerous studio albums, with "Send in the Clowns" being a bestseller in 1975.

Many of her songs have charted on the Billboard chart, but her most famous single is "Judith". It won him a Grammy Award for Song of the Year.

In addition to songwriting, he has written his memoirs and some novels. She also recorded songs for Leonard Cohen, to whom she dedicated the song "Suzanne".

Judy Collins has continued to perform live in recent years despite not being as active.

Joni Mitchell, born in 1943 in Canada, is a successful folk artist. She is a highly respected songwriter and painter who has been active since 1964. Winner of a Grammy Award for her album "Turbulent Indigo", she has come and gone in the world of music.

She is the author of the song "Woodstock" and has numerous chart-topping singles.

She also received the Grammy Lifetime Achievement Award. In 2003, she and her songs were mentioned in the movie "Love Actually", where some of her characters listen to her music.

Singer James Taylor is another of the best American folk singers. He belongs to the same generation of singer-songwriters as Joni Mitchell. He has a large number of studio albums, being "American Standard" the last one, which dates from last year 2020.

His song "Fire and Rain" was James Taylor's first big hit. It reached number 10 in the American charts. He reached number one with "You've Got a Friend", a song by Carol King, a songwriter and friend of his.

In 2006 he snuck into the Oscar nominations, as he performed the song "Our Town" for the movie Cars. He also received the National Medal of Arts in 2010 from Barack Obama.

It was with Barack Obama when James Taylor publicly showed political support for the first time in his career. Taylor has ended up being a reference in Obama's political career.

Despite the fact that some of the most recognized names in the genre are the pioneers and classics, we cannot ignore the new names. In recent times, the folk genre has reinvented itself and merged with others, such as rock or indie.

However, they are responsible for keeping the genre alive after such a long time.

Bon Iver is one of the best American folk singers today. It is the artistic name by which the singer-songwriter Justin Vernon is known. To perform his songs he surrounds himself with other musicians but he is the face and main representative of the name Bon Iver.

One of his best known songs is "Skinny Love". He has been nominated up to eight times to the Grammy Awards. He has won two of them: Best New Artist and Best Alternative Music Album, both in 2012.

His latest work has been a collaboration with the artist Taylor Swift, for one of his latest studio albums, "folklore". The song "exile", product of both artists, was nominated for the Grammy Awards last year 2021.

The singer-songwriter and musician Sufjan Stevens has been able to combine folk with rock or indie. Active since 1999, he has more than six million monthly listeners on the streaming platform Spotify.

One of his most famous songs is "Mystery of Love", the main theme of the movie "Call Me By Your Name", based on the book of the same name. This song was nominated for an Oscar award for best song. Sufjan Stevens scored the entire soundtrack for the film, directed by Luca Guadagnino and starring Timothée Chalamet.

Stevens' latest studio album is titled "The Ascension" and dates from last year 2020.