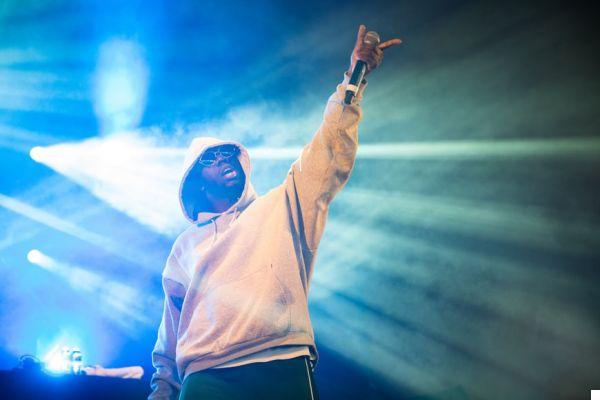 Are you a lover of the urban genre? If so, stay tuned, because today we move to Argentina, a country with many emerging talents of all genres, but specifically very powerful in one style: the urban. trap.

That's why, from Topfestivales, we bring you a selection of the best Argentinian trap singers, so you can add them to your playlist, we're sure you'll love them!

Latin America has seen the birth of many of the great artists of the trap genre, as the roots of the rhythms of this musical style are in Puerto Rico.


Today, in Topfestivales, we wanted to focus on those who have done it specifically in Argentina, and for this we bring you a selection of the best Argentinean trap singers.

Would you like to meet them? Because these artists are a must on your playlist.

This Argentine singer and songwriter known artistically as Nicky Nicole, rose to fame in 2019 with the single "Wapo Traketero", a song that fuses Latin trap rhythms that became a viral phenomenon. This single reached millions of plays in a few days and that positioned it within the Argentina Hot 100 Billboard chart.

This artist is one of the most characteristic and personal voices of the Argentine R&B style, and perhaps this is because of the rap approach from which she poses her own R&B style. She is also one of the biggest hitmakers on the Latin American scene today.

YaMeFui, Ella No Es Tuya, Sabe, Pa Mis Muchachas or Toa la Vida, are some of the most listened tracks of this artist on platforms like spotify. Is she one of your favorite trap singers?

Valentín Oliva, artistically known as WOS, is another one of the best Argentine trap singers. Argentine rapper, freestyler and singer who emerged in the scene of rap battles between freestylers. Thanks to becoming on numerous occasions, the winner of the Argentinean competition El Quinto Escalón, this singer has managed to become one of the most recognized urban artists in Argentina.

After his success in rap battles, he decides to embark on his professional career, and in 2018 he releases his first single, Púrpura, in which you can appreciate a more aggressive style of trap. But it is in 2019 when his single Canguro, is placed in the top 10 of the Argentine charts.

In addition, he has also won three Gardel Awards and has been nominated for Latin Grammy Awards.


Melón Vino, Mirá Mamá, Canguro, Alma Dinamita, Sangría or Andrómeda, are some of the most popular songs of this trapper, undoubtedly one of the best Argentine trap singers of the moment.

Duki is an Argentinian rapper and singer, specifically from Buenos Aires, who has managed to become for many the"king of Argentinian trap". This artist, also began participating in the rap battles of El Quinto Escalón, which he managed to win in 2016.

From that moment Duki launches a solo career in the urban genre of trap and signs a contract with the record label Mueva Records. That same year he publishes one of his best known songs, She Don't Give a FO, did you know it? But it's not until 2019 when Duki releases his debut studio album, Super Young Blood, and also from his own record label. What a level, right?

He's also been part of the musical trio Modo Diablo, and was nominated for the 2020 Latin Grammy Awards with his single "Goteo". He is one of the headliners of the Buenos Aires Trap festival.

Unfollow, No Me Conocen, Como Si No Importara, 2:50, Goteo, Si Te Sentís Sola, Sin Culpa or Tumbando el Club, are some of the most listened songs of this Argentine trap singer. Did you know any of them? You can tell us in comments ;)

Ivo Alfredo, known artistically as Khea, is an Argentine rapper, singer and songwriter who also took his first steps in the music industry by participating in different freestyle battles.

He later signed with Mueva Records and started his solo career. He made two collaborations with Cazzu and Duki, and another one later with artist Bad Bunny. In May 2019 he reached 14 million monthly listeners on Spotify and was positioned as the 180th most listened artist in the world.

Ayer Me Llamó Mi Ex, Donde Estás, Bzrp Music Sessions, Loca, Te Necesito o KELOKÉ, are some of the most popular and listened songs of this rapper.

Agustin Cruz, known artistically as Acru, is another one of the best Argentinean trap singers. An Argentine singer, rapper and freestyler, he began his journey within the trap genre in 2014, when he released his first single, Viejita Mía. That same year he also competed in El Quinto Escalón, in which he stood out as one of the best talents rhyming lyrics.

Today, this artist has three studio albums and his single Animal, in which the rapper WOS collaborates, is the most played single on Youtube and Spotify.

Delirio, Animal, Estuve Ahí, Dharma, Román, Hábil, Ángel or KIEN, are some of the best known singles of this Argentine trap singer.

Cazzu is an Argentine rapper, singer and songwriter who, during the beginning of her artistic career as a singer, made incursions into the cumbia and rock genres. But her success comes when she launches into the world of trap in 2017 and publishes her first single within this style, Maldade$. In addition, his participation in the track Loca, along with Khea and Duki, helps him achieve more popularity.

Her solo career culminates with her recent album 'Una Niña Inútil' (2020) a work framed within the genre of R&B with which the artist has reached the top, and where she has become for many the queen of Argentine trap.

C14TORCE IV, Bounce, Animal, Miedo, Visto a las 00:00, Ya no Quiero, Mentiste o Maldade$ are some of the most listened tracks of this Argentine trap singer. Is she for you the queen of trap?