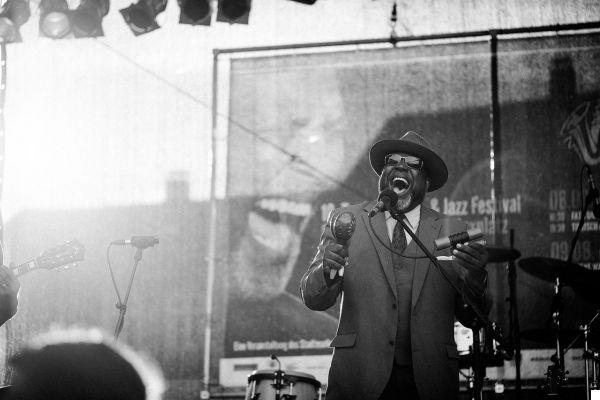 TopFestivals will make you remember the best blues singers in history. So prepare your ears to travel back in time and listen to great music.

Did you see the movie "The Mother of Blues?" It's a Netflix original and tells the story of one of the female exponents of this musical genre, Ma Rainey. Today we'll tell you a little about her and other artists we consider the best blues singers in history.

It's not for nothing that B.B. King is nicknamed the "King of the Blues".He is also considered one of the most influential musicians of all time. He is also ranked No. 6 on Rolling Stone magazine's list of the "100 Greatest Guitarists of All Time".

Muddy Waters is considered the "Father of Chicago Blues and is one of the exponents of the genre that inspired British blues artists in the early 1960s. This singer's voice was rich and deep. Muddy quickly received support from other artists who labeled him as the "Boss of Chicago".

These are some of his most classic songs, "Hoochie Coochie Man", "Got My Mojo Working" and "Rolling and Tumbling", in fact, they have been covered by groups of different genres.

His vocal style, the interpretative freedom and the lyrics of his songs of his songs, which intertwine festive, sexual and religious motifs, impacted the public who attended his performances due to the singer's poetic precision.

Likewise, he was a virtuoso guitarist, which is why Rolling Stone magazine ranked him in fifth place among the "100 greatest guitarists of all time.. However, at the beginning he was not an outstanding guitarist, so legends have arisen about this.

Smith made collaborations with the most important artists of her time such as. Fletcher Henderson, James P. Johnson and Louis Armstrong.. Likewise, Bessie's first recording was Down Hearted Blues, which she recorded in New York.

John Lee Hooker is another one of the best blues singers in history who began his career in 1948 with his first single "Boogie Chillen". The way he sang this song was characterized by an almost spoken style.

Dixon not only stood out as one of the main representatives of "Chicago blues", but he also did it as a bassist. In addition, in 1994 he was posthumously inducted into the Rock and Roll Hall of Fame.

Many consider him to be the legend of the blues legend and made collaborations with other singers, among them, Jimmy Rogers, Otis Spann, Willie DixonMuddy Waters and the Canadian rock group The Band. He was also an excellent poet, composer and musician.

His real name was Aleck Ford and he was born in the state of Mississippi, United States. Some of his hits are: "Sonny Boy Williamson"Bummer road", "One way out" and "This is my story".

Ma Rainey stood out as one of the exponents of classic blues and the first one who did it with a jazz orchestra and piano accompaniment. In addition, she is considered as "the Mother of the Blues" for her vocal abilities, her energetic disposition and the style in which she sang, which was very similar to a lament.

Because of her legacy in music, in 2020 the Netflix platform released a biographical film titled "Ma Rainey's Black Bottom." It tells the story of the singer with her band. It should be noted that Viola Davis and Chadwick Boseman worked in this film.

Two of his greatest hits are : "Back Door Man" and "Smokestack Lightning". and in them you can notice the experimental style that Wolf had when making blues. Also, he was an exponent along with Muddy Waters of the Chicago Blues.

"Rockin' Chair Album" is one of the most famous blues most famous blues albums. It contained 4 songs that served as the basis for the repertoires of both American and English bands that were in love with the blues.

He also excelled as a guitarist and wrote several songs. He influenced other singers, among them we can mention Robert Johnson and Muddy Waters. Likewise, House participated in music festivals such as the Newport Folk Festival in 1964.

Tell us who was your favorite singer? Do you think we missed another artist? Leave us your comment and visit our other music articles.

add a comment of Best blues singers in history