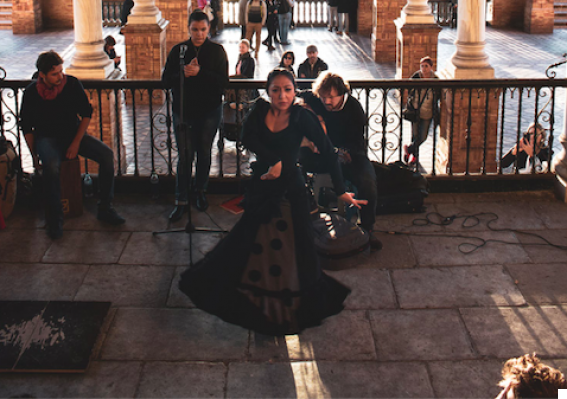 Do you like flamenco? Today in Topfestivales we bring you a selection of the best current flamenco singers to keep you up to date with this beautiful musical genre.

Flamenco singers that you can't miss on your playlist

Estrella Morente, is a flamenco singer from Granada born in Las Gabias. A curiosity about this artist is that she is the daughter of the cantaor Enrique Morente and the bailaora Aurora Carbonell, so she grew up among artists, absorbing the essence of flamenco from a very young age.

In 2001 she presented her first album "Mi cante y un poema", the same year she released her second album. She has also been awarded numerous prizes in recognition of her great professional career.


"Tangos de Pepico", "El Emigrante" or "En lo alto del cerro" are some of Estrella Morente's most listened to songs on Spotify.

Miguel Poveda, born in Barcelona, is a great flamenco singer. He is a versatile artist, and in addition to flamenco he also has a musical career in copla and other genres of popular music.


His album "Suena Flamenco" was nominated for Best Flamenco Album at the Grammy Awards in 2000, as was his work "Tierra de Calma", but this time in 2007.

Songs like "Primavera En El Pelo", "Alfileres de Colores", "Triana, Puente y Aparte" or "¡Qué Felicidad La Mía" are some of the most listened to songs of this artist.

When he was only 8 years old he was given his first guitar, and since then this has been his great passion, getting to play with artists such as Camarón, Merengue de Córdoba or Paco de Lucía.

Marina Heredia is a flamenco singer from Granada and daughter of the singer Jaime Heredia, nicknamed "El Parrón".

She started dancing in a school, but finally took the path of singing and with only 12 years old she made her debut with her great voice in the Palacio de Congresos de Granada.

"A Luis De La Pica", "Me Duele, Me Duele", "El Triste" or "No Me Lo Creo", are some of the most listened songs of this great flamenco singer.

He walked the streets of Cordoba and a thousand tablaos and fairs singing, he came to share the stage with Camaron de la Isla. He stands out in soleás, bulerías and fandangos, as well as in alegrías and tangos.

His voice is exceptional and identifiable from the first note, and he has left us songs like "Vengo Del Moro", "Canto", "Iré Con El Viento" or "Llámale Amor".

She projected flamenco at an international level, performing on some stages in the cities of New York, London and Paris.

"Toma este Puñal Dorao", "Banderas Republicanas" or "Vareando Aceitunas", are some of the most listened to songs by this cantaora.

We continue to meet the best current flamenco singers to talk about Jose Fernandez Torres, artistically known by the nickname of Tomatito, is a legendary flamenco guitarist and guitarist.

He accompanied Camarón de la Isla during the last 18 years of his life. Another important moment in his professional career was when he played with Paco de Lucia in "Como El Agua".

"Jerez", "Soy Flamenco", "Soy Gitano" or "Cinema Paraíso" are some of his most listened tracks on platforms like Spotify.

Noa Drezner is a flamenco guitarist, composer and producer, currently regarded as one of the most prominent female figures in the flamenco world.

Her debut album "Hilo Rojo", released in 2019, represents the example of her music for the global influence of flamenco.

In one of her interviews she told how she started playing the guitar, and it was from a trip she took to Granada at the age of 24, where she saw a flamenco guitar concert and it made an impact on her.

And that's the end of our review of the best flamenco singers of today, have we left anyone out? Let us know! ;)