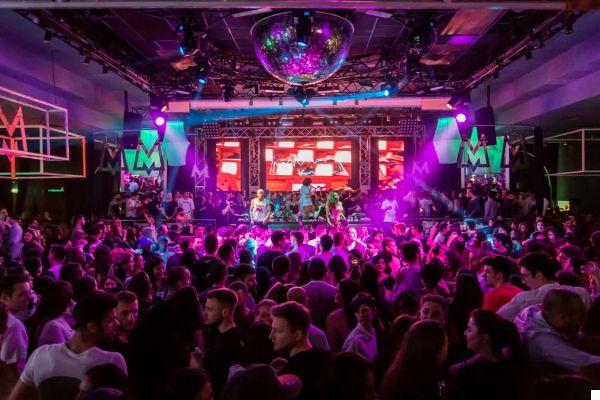 Do you like reggaeton? Surely you do! And these days in any bar, disco or pub you will hear the latest songs of the artists of this genre. Therefore, from Topfestivales we bring you this post, to tell you who are the best current reggaeton singers.

Current reggaeton singers that you have to know

Possibly you already know them, but in Topfestivales we are going to tell you some curiosities and to update you on the best current reggaeton singers. The songs of these artists resonate every day in our heads, do you want to know who they are, we tell you.

Artistically known as Maluma, he is a reggaeton and Latin trap singer of Colombian origin. He began to be known in his native country in 2011, although his debut album was in 2012 with "Magia".


In his songs you can see how he mixes reggaeton with other urban genres such as trap. He has also made duets with well-known artists such as J Balvin, Shakira or Ricky Martin.

J Balvin, is another one of the current reggaeton singers. He is also Colombian and is a singer and record producer who has positioned his songs at number 1 in several music charts; he is known by the nickname "Prince of Reggaeton".

His most famous single internationally was "6 AM" which became the first song to win a diamond record in the United States.

Ozuna is a Puerto Rican singer and songwriter who started producing his own songs when he was only 12 years old.

He rose to fame in 2016 thanks to the collaboration he did with De La Guetto and Anuel in the song "La ocasión". The following year he received a nomination in the Billboard Awards debut of the year.

Reggaeton and other urban genres like trap and pop are his main styles in songs like "Se Preparó," "Falsas Mentiras," "El Farsante" or "Síguelo Bailando."

Bad Bunny, who hasn't heard of this artist in the last decade. Singer and songwriter of trap, rap and hip hopmusic.

He has been nominated numerous times for a Latin Grammy and is one of the most important artists in the urban and Latin trap genre .

We continue talking about current reggaeton singers to talk about Nicky Jam, an American singer and songwriter who since he was 10 years old showed passion for the urban genre, when he was just doing rap improvisations with his friends.

In 2013 he released one of his most famous singles "Voy a Beber", who hasn't heard it before. With this single he reached the top of music charts like Billboard magazine.

Other songs like "Me voy Pal Party", "El Amante", "Te Robaré" or "Travesuras " are some of the most listened to songs of this artist.

Karol G is a Colombian singer and songwriter of the reggaeton and Latin trap genre who is currently always on one of the top music charts.

In 2017 she released one of her biggest hits "Ahora me llama" alongside Bad Bunny. In 2019 he released possibly one of his most listened albums "Ocean" which includes songs like "Mi Cama", "Culpables" or "Créeme".

But without a doubt, one of the most famous songs internationally is "Tusa", sure you all know it.

Rauw Alejandro, composer, singer and dancer of Puerto Rican origin. His songs are in the paths of reggaeton, hip hop, Latin trap and pop.

He began his active career in 2014, but it is not until 2018 when one of his songs begins to sound in many radios and discos, "Luz Apagá".

Other famous songs of this artist are "Cúrame", "Sexo Virtual", "Tiroteo", and one of his latest hits "Todo de ti".

We end this list of the best current reggaeton singers with Daddy Yankee, a Puerto Rican singer, songwriter, and actor. Some critics consider him "The King of Reggaeton".

In his most recent songs, he mixes reggaeton and hip hop rhythms, although he has also been known for his rapping.

He has internationally known songs such as "Despacito", "Con Calma", "Relación" or "La Santa".

Natti Natasha is a Dominican singer and songwriter of reggaeton and Latin pop, as well as bachata. She is also known as "Natti Nat".

She did a collaboration with Don Omar "Perdido En Tus Ojos", this song surpassed 100 million plays on the Vevo platform and they won, thanks to this, a Platinum Record.

Tracks like "Criminal", "Sin Pijama", "El Baño" or "No Me Acuerdo" are some of the most recognized songs of this artist.

Jhay Cortez, also of Puerto Rican origin, is a composer and singer of Latin trap and reggaeton music.

He began composing when he was only 15 years old and has gone on to compose international hits such as "Criminal" (sung by Natti Natasha), "Por el momento" sung by Nicky Jam or "Mi Religión" by Yandel.

"911", "Fiel", "512" or "Dakiti" are some of her best known songs, without forgetting one of her latest singles, "Ley Seca", which is sweeping all platforms.

Becky G was born in California, and in recent years has become a famous reggaeton singer and a great rapper.

In 2014 she released her first single "Shower", with which she triumphed and had a great success, even winning a Radio Disney Music Award in the category of the Catchiest New Song.

He also participated in the well-known series "Austin & Ally" broadcasted on the Disney Channel.

Songs like "Fulanito", "Ram Pam Pam", "Mal de Amores" or "Mala Santa" are some of the best known.