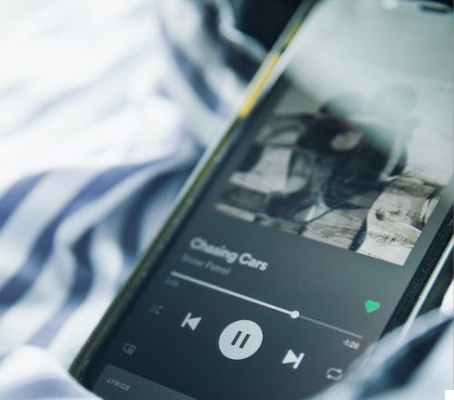 Do you want to meet the artists who are leading the pop scene in Spain?

If you likemusic and you are a pop lover, you are in the right place! Today in Topfestivales we bring you a selection of the best current Spanish pop singers. Are you going to miss it? Surely among them is one of your favourites.

Today, from Topfestivales, we leave aside the musical events to focus specifically on the artists belonging to one of the most listened musical genres of the moment, pop. You will know the pop singers "made in Spain" who are sweeping with their songs in the charts of the moment.

Do you want to know if your favourite is in the ranking of the best current Spanish pop singers? Stick around and you'll find out in no time, because it's starting now!


Who doesn't know this triumphant singer? Aitana is a Catalan singer and songwriter who rose to fame after her time in the Operación Triunfo contest , specifically the edition held in 2017. Since then this young artist has done nothing but sweep, since some of her songs are always in the charts in Spain.

After signing her contract with the record label Universal Music Spain, she released her first single "Teléfono" which was a successand has even won four platinum discs, such as the song "Lo Malo" with her fellow contestant Ana Guerra, which managed to position itself with the first place in the charts.

His songs move within the pop genre, although for example in his album "11 Razones" released in December 2020, you can see how his songs pull more towards the style of pop rock. In addition, some of her most listened songs are Berlin (her latest release), Mon Amour, Vas a Quedarte, No te has ido y ya te extraño or Presiento, among others.


The singer has been positioned in the Top 5 in album sales and among the top ten most listened Spanish singers of all 2019. It is clear that this artist is sweeping, what do you think?

Nil Moliner, also Catalan, specifically from San Feliu de Llobregat, is a singer-songwriter and composer who focuses his songs within the pop genre.

This artist began his professional career in 2005 as a singer and guitarist of the band CyBee, with whom he recorded two albums, one of them produced by the great Manu Guix. Years later he started playing covers of other artists in bars and clubs in Spain and sharing them on YouTube gave him the opportunity to collaborate with bands like La Pegatina.

But it was not until 2013 when his professional success really began, when he released his first single: Sale el sol. Although undoubtedly, his most popularly known songs were released in 2019, we are talking aboutsongs like El despertar, Soldadito de hierro and Mi religión, which have managed to reach thousands of plays both on YouTube and Spotify.

Specifically for the aforementioned song, Soldadito Marinero, Nil managed to get the Disco de Oro.

Other songs also very listened of this Spanish pop singer who is sweeping in our days are some like: Libertad, Me Quedo, Tal Vez, Déjame Escapar, Imaginaré or Pólvora, among others.

Álvaro de Luna is another of the most recognized Spanish pop singers of today. He is a Spanish singer and composer who frames his songs within the pop genre, specifically in the pop-rock style. This artist has a vibrant voice that moves you from the first phrase to the last and has been singing and composing since he was practically a child.

Hestarted his career in music 9 years ago, playing guitar and singing covers of artists like Jarabe de Palo in different bars and clubs in Spain. Since 2017 he has been part of the group Sinsinati, the creator of successful songs like "Indios y Vaqueros" or "Cuando Éramos Dos", which have achieved Gold and Platinum Records.

In 2020 he decided to start his solo career, where he began a new professional stage. That same year he presented his first solo single "Juramento eterno de sal", which has managed to be a success and already has more than 5.7M streams on Spotify and is Platinum.

Other well-known songs in which this artist has participated are "Llueve sobre mojado" with Pablo Alborán and Aitana, or "París", his latest single released in 2021.

Dani Martín is a Spanish singer and songwriter, specifically from Madrid, who became popularly known after being the lead singer of the group "El Canto del Loco", one of the most famous pop rock groups of the last decade, although in 2009 they decided to split up.

From 1999 to 2009 he was one of the main members of El Canto del Loco and composed songs that managed to reach the ears of many people as Zapatillas, Besos, Insoportable, Vuelve, Tal Como Eres or Volverá, among others.

From that moment begins his solo career and in 2019 publishes his first solo single "16 añitos" and wins in the 40 Principales awards the award for best solo artist, as well as being nominated for best video clip for his first single.

Some of the most listened songs of this current Spanish pop singer are "No, no vuelve", "Portales", "Avioncito de Papel", "Cero" or "La Mentira".

Álex Ub ago is a well-known Spanish singer-songwriter, specifically from Vitoria, who also focuses his songs within the pop genre, especially within the pop-rock style, although some of them can also be framed within the balladgenre.

He became known in 2001, when he released his debut album ¿Qué pides tú?, which contained one of the most famous songs of the artist, if not the most, Sin Miedo a Nada, as a duet with Amaia Montero. Also in 2002 he won an Ondas Award in the category Best National Artist of 2002.

Aunque no te pueda ver, A gritos de esperanza, Estar contigo o Sigo Aquí, are some of her most listened songs on platforms like Spotify, among others.

We finish this review of the best current Spanish pop singers with María Lucía Sánchez, known artistically as Malú, is a Spanish singer and songwriter born in Madrid. She is also the daughter of singer Pepe de Lucia and niece of the fantastic guitarist Paco de Lucia.

Her musical career began when she was only 15 years old, and her first album was titled "Aprendiz", which featured collaborations with Alejandro Sanz and Pedro Guerra and was released in 1998.

In addition, in 2014 she became the only female artist to fill the Palacio de los Deportes de Madrid, and Malú managed to do so on four occasions on the same tour.

Some of her most listened songs with "Blanco y Negro", "Vuelvo a Verte", "Ahora Tú", "Mil Batallas", "Y Ahora vete" or "Después de la Tormenta" among others.