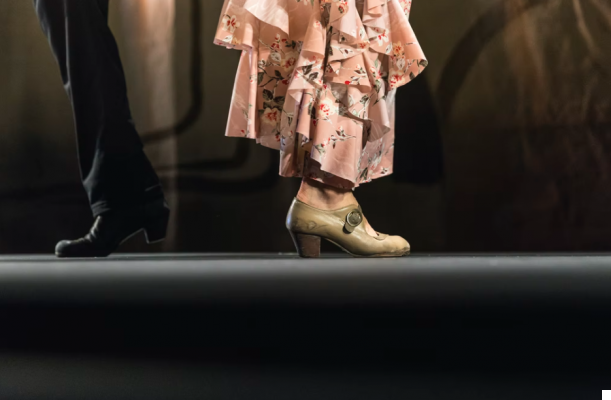 Do you like listening or dancing flamenco? We know that there are many lovers of this musical genre, and for this reason, from Topfestivales we bring you a selection of the best female flamenco singers. Discover the most renowned artists and enjoy their voices, their art and their duende ;)


Best female flamenco singers you should know about

If you are a true flamenco lover, this is the place for you. Today, in Topfestivals, you are going to know the best female singers of the genre, cheer up and let yourself be carried away by the branches of flamenco.

Rosalía or "la Rosalía" is a Spanish singer and songwriter, as well as an actress and producer. Her music moves through the genres of pop, reggaeton and new flamenco.


She released her first single in 2016, but didn't rise to fame until 2018 with her project "El Mal Querer". She has won a Grammy Award and has also been nominated for a Grammy for Best New Artist with debut album in Spanish. She was also awarded two Latin Grammys for her song "Malamente" and five for her album "El Mal Querer", which makes her the Spanish artist with the most awards granted by this academy.

Known by her stage name, Niña Pastori is a flamenco singer-songwriter born in San Fernando, Cádiz. Her genre is pure flamenco, and she released her first single in 1995.

She has been nominated for and won numerous awards such as four Latin Grammys, not to mention all the gold and platinum records she has managed to achieve. In addition in 2019 she was named ambassador of the province of Cadiz.

One last update about this artist is that she will retake her song "Ese Gitano" to release a new version together with the Granada-born "Dellafuente", a singer of reference in current urban music.

"Cai", "Cuando te beso", "Válgame Dios" or "La Habitación" are some of the most listened songs of this great artist.

Estrella Morente, flamenco singer from Granada born in Las Gabias. A curiosity about this artist is that she is the daughter of the singer Enrique Morente and the dancer Aurora Carbonell, so she has grown up among artists, absorbing the essence of flamenco from a very young age.

In 2001 she presented her first album "Mi cante y un poema", the same year she released her second album. She has also been awarded numerous prizes in recognition of her great professional career, such as the Ondas Prize for the Best Flamenco Creation, the Golden Microphone and the Medal of Andalusia.

"Tangos de Pepico", "El Emigrante" or "En lo alto del cerro" are some of Estrella Morente's most listened to songs on Spotify.

Lola Flores, nicknamed "La faraona" and born in Jerez de la Frontera, was a very important flamenco singer and dancer. She was a singer of coplas and dancer of rumbas.

She was also an actress, participating in up to thirty films set in Andalusian folklore. The first film in which she participated was "Martingala" in which she played a gypsy woman.

From her marriage to Antonio Gonzalez, El Pescailla, three artists were born, Lolita, Rosario and Antonio, who continue to give name to the Flores family in the world of music.

"A tu vera", "Pena Penita Pena", "Que me coma el tigre" or "Díme", are some of the most listened singles of this important flamenco figure.

Carmen Pacheco, known artistically as Carmen Linares, is a flamenco singer and is considered one of the most complete flamenco singers with the greatest knowledge of flamenco styles.

She was a partner of a generation of very important artists for the flamenco branch such as Paco de Lucía or Camarón. In addition, she projected flamenco at an international level, performing on stages in the cities of New York, London and Paris.

"Toma este Puñal Dorao", "Banderas Republicanas" or "Vareando Aceitunas", are some of the most listened songs of this singer.

Chambao was a flamenco chill band, a mixture of flamenco and electronic music. The singer and lead vocalist of the band was a woman, known as La Mari.

Their first album was "Flamenco Chill" released in 2002. In 2005 they released one of their best known singles "Pokito a Poko".

The female vocalist of the group and protagonist in our article, La Mari, has participated in Ricky Martin's album singing a duet "Tu Recuerdo". She eventually embarked on a solo career.

Songs like "Pokito a Poko", "Duende del Sur", "Papeles Mojados" or "Ahí estás tú", are some of the most famous of this group.

Carmen Amaya was a Catalan singer, dancer and actress. Her style revolutionized the world of flamenco.

When she was only four years old she started performing dancing and singing with her father Jose Amaya El Chino. She toured the world leaving huge hits in our memories such as "Colombiana Flamenca", "Jaleo Canastero" or "Cuando Pa Chile Voy", among many others.

As we mentioned before Carmen Amaya was also an actress, she was several times in Hollywood shooting some movies. When she went there, some film and music personalities asked to see her dance.

Alba Molina, gypsy and Sevillian singer and model and daughter of the members of the flamenco duo Lole and Manuel, composed by Dolores Montoya and Manuel Molina.

She released her first album "Despasito" in 1997 with the collaboration of Alejandro Sanz but it was not until 2003 when she managed to reach a large number of sales with her new album "Ojú".

One of the greatest achievements and also one of the most important moments of her artistic career was singing with Navajita Plateá the song "Noches de bohemia".

Pastora María Pavón, better known as"La niña de los Peines", was born in Seville and was a gypsy flamenco singer. She grew up in a family of artists, being the daughter of the cantaor Francisco Pavón Cruz known as "El Paiti". She performed songs such as soleares, taranta, petenera and sevillanas.

The Junta de Andalucía declared her voice an asset of cultural interest, as she was a very important cantaora who mastered all the flamenco palos, as well as having created a new style, the bambera.

Maruja Limón is a female group with flamenco roots, although they also represent other styles in their songs, such as pop and Latin rhythms. Formed by Esther González and Sheila Quero on vocals, Vicky Blum on guitar, Eli Fàbregas on percussion and Milagros González on trumpet.

These artists have admiration for Catalan heterodox flamenco, and recognize it as one of their influences.

Songs like "Ante Mí", "La Piel", or "Más de Ti" are some of the most listened songs of this group.