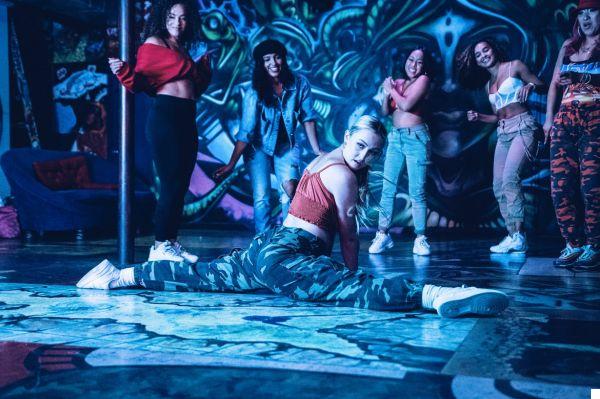 Are you a hip hop lover? We have good news for you! Today, from Topfestivals, we bring you a selection of the best female hip hop singers . And you may ask yourself, why only women? Well, because in addition to the great success they have achieved, through their music they have been able to vindicate the role of women in hip hop culture. Do you want to get to know them?

Women on the hip hop scene that you should know about

Do you know the hip hop genre? Hip hop is one of the most listened to styles of urban music, and although it originated in New York City, today it could be said that it is an international culture. This genre has seen the birth of many artists around the world, and in particular, from Topfestivales, we want to invite you to meet the best female hip hop singers, because thanks to them the figure of women is made visible. Are you ready? This starts now!

Onika Tanya Maraj-Petty, artistically known as Nicky Minaj, is a singer and songwriter who began to attract public attention after releasing three mixtapes between 2007 and 2009.


The artist has produced some of the most famous and most listened to songs in the hip hop industry, and today she continues to remain one of the genre's leading lights.

Her first album, Pink Friday, was released in 2010 and allowed the artist to become the second best-selling female hip hop artist in her first week. In addition, the single Starships, had a great commercial impact (+ 13 million copies sold) becoming in 2016 the best-selling single by a female rapper.

This artist is undoubtedly one of the most important female hip hop singers of the urban scene. You can listen to some of her best known songs like Tusa, Super Bass, Megatron, Bang Bang, Boyz, I'm The Best or Anaconda, among others.

ZetaDrastyka is a hip hop singer who has shown her love for this genre from a very young age, which has helped her to become one of the most important rappers in Spain.


This artist began to compose her own lyrics around 2006 and during this stage she started to be part of groups like Combate Verbal, Mack Flama Crew or A Ciencia Cierta. Finally in 2011 she started her solo career and began to release her own music.

She is also a very daring singer as she is able to fuse different sounds such as jazz, rock or electronic. You can hear these rhythms in songs like Siete Balas, Entre Nosotros, Liberación, Cash, Ellos or No Es Lo Mismo, among others.

Have you heard of this artist before? You definitely have to go listen to some of her tracks, because this female hip hop singer will leave nothing to be desired.

Mala Rodríguez, known as "La Mala", is a Spanish rap singer, specifically, one of the most relevant female rap singers in Spanish both nationally and internationally.

Her songs are based on the rhythms of rhythm and blues, reggaeton and hip hop, although it should be noted that her voice is well known for its peculiar flamenco style. For example, in the song "Patito Feo", the artist collaborated with the singer Estrella Morente.

Her rap was born in the streets of Seville when the artist was only 19 years old, and at that time she rubbed shoulders with Tote King and Zatu. The artist moved to Madrid and in 2000 she released her first album, Lujo ibérico.

From that moment on her international success began to see the light of day, and since then she hasn't stopped for a second releasing urban music.

Usted, Tengo Un Trato, Por La Noche, Agua Segura, Quien Manda or Flamenco, are some of the most listened songs of this hip hop singer.

Nathy Pel uso is an Argentine singer and songwriter, who has been considered one of the most influential and popular women in the Spanish hip hop scene. This artist fuses in her songs the genres of hip hop, soul, trap, jazz, rap, salsa and swing.

This artist has managed to break all the schemes, managing to become one of the biggest phenomena of urban music today, as well as one of the most listened artists of the genre.

Nathy started in the world of music when she was only 16 years old, when she began performing in hotels and restaurants. But, it wasn't until 2017 when she released her first work, Esmeralda, a compilation that includes the single"Corashe" with which she made her first leap to fame. In 2018 she published La Sandunguera, an album with 6 songs that was a success and began touring the main festivals in Spain. In addition, she toured more than 100 cities in Spain, Latin America and Europe.

She has also been nominated for numerous awards such as the Independent Music Awards (MIN) for song of the year and best music video for "La sandunguera" (in 2019) or the Lo Nuestro Awards as female relief artist (in January 2021).

Ateo, Mafiosa, La Despedida, Delito, La Sandunguera, Business Woman or Corashe, are some of the best known songs of this female hip hop singer. Did you already know any of her songs?

Inga DeCarlo, known by her stage name Foxy Brown, is an American rapper, songwriter and model. Known for her solo work but also for her brief participation in the Hip Hop group, The Firm.

This artist began her solo career after collaborating with numerous artists, and in 2008 she released her first mixtape,Brooklyn Don Diva.

She is also known as the "Princess of Hip Hop", and has sold over 14 million albums worldwide, making her, without a doubt, one of the most successful rappers in the history of Hip Hop.

Get Me Home, I'll Be, Oh Yeah, Big Bad Mama, Letter To The Firm or Brooklyn's Don Diva, are some of her most popular songs and listened to on platforms like Spotify.

What about you, are you going to miss out on listening to one of the best female hip hop singers?