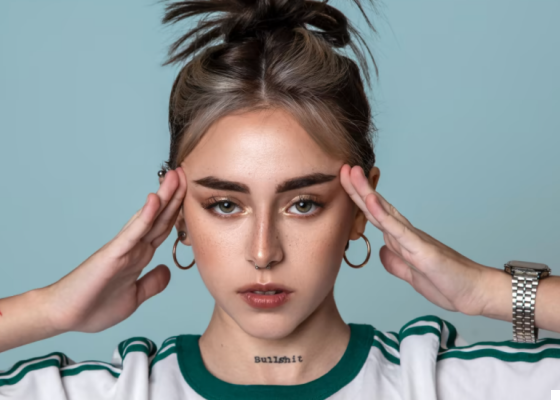 Do you feel like discovering new singers and maybe even a new musical genre? Keep reading! Because today in TopFestivals we review the best female trap singers. In this genre, where it seems that there are only men, we find female names that are doing great on the international scene.

Trap emerged as a subgenre of rap. It has merged with other genres and, in the field of Latin music, it coexists and mixes especially with reggaeton. The trap genre began to become popular in the mid-2010s. Since then it has grown to be one of the most listened to today.

In this article we will focus especially on the best female Latin trap singers. English-speaking female singers are usually associated, mainly with the rap genre. This is the case of artists like Nicki Minaj, Doja Cat or Megan Thee Stallion.


The best female trap singers are:

Julieta Emilia Cazzuchelli is better known by the name of Cazzu. Born in Argentina, she started in genres such as cumbia and rock, to later settle in the trap genre.

Cazzu has more than five and a half million monthly listeners on the streaming platform Spotify. She has collaborated with other big names in the genre, such as Bad Bunny, Khea or Duki. In 2020 she was nominated for Best New Artist at the Latin Grammys. She also won the 2020 Juventud award for the female category of New Generation. As well as the Urban Nucleus award for the best female trap artist of 2019.

Another one of the best female trap singers is Nicki Nicole. At her young age, she has already managed to position herself as one of the most internationally known singers of the genre. Born in Argentina in 2000, Nicki Nicole has nearly fifteen million monthly listeners on the main streaming music platforms.

Her career, although relatively short, has already been awarded with prizes as Latin revelation artist in Los40 Music Awards. In 2020 she also won two Spotify Awards.

One of her best known songs, which led her to be on the charts for weeks, is"Mamichula". This was released in 2020 together with producer Bizarrap and her current partner, the also Argentine rapper Trueno.

In this list of the best female trap singers we could not miss Nathy Peluso. This 27 year old singer from Buenos Aires has made a name for herself in the international scene thanks to her peculiar singing style.

From a very early age he began to perform and give concerts in restaurants and hotels in Torrevieja. At that time he made versions of classic songs and focused especially on jazz, blues or soul.

Later, in 2018, he will release songs like"Corashe" or"La Sandunguera", which will raise his name to an international level. His career has received several awards such as the Carlos Gardel award for best new artist in 2021. She also won the Latin Grammy for best alternative music album with"Calambre".

Luna Górriz, better known as Luna KiLuna Górriz, is another of the best female trap singers. She started with that stage name in 2019 and, since then, she is characterized by her eccentricity and cheekiness of her lyrics.

All of them are explicit and seek to raise controversy and, especially, to make people talk. Luna Ki doesn't hold back when it comes to saying things the way she wants to. That's why she has titles like"Putón". She was launched to fame with one of her first songs,"September". A song that currently has more than ten and a half million plays on Spotify.

In this list of the best female trap singers, we could not miss the most international Spanish artist of the genre. Bad Gyal, whose birth name is Alba Farelo i Solé, is one of the most sounding singers in Spain. She started around 2016, when she released a couple of songs in Catalan, such as"Indapanden" or"Pai", a cover of Rihanna's song "Work".

Since then, her fame has only grown. Her first songs in Spanish as"Mercadona","Fiebre" or"Jacaranda" began to accumulate lots of plays. Her songs have crossed borders and she is already being listened to, as she would say, "Internationally".

She has collaborated with other artists of the trap and reggaeton genre such as Rauw Alejandro or Omar Montes, as well as María Becerra or Khea.

To close this list of the best female trap singers, we could not miss. La Zowi. Zoe Jeanneau Canto is a Spanish and French trap singer. She has collaborated with other artists of the genre such as Yung Beef, with whom she also had a son. Her aesthetics and lyrics, in general, are always very striking and provocative, something that the singer carries as a seal and flag.

Besides being a singer, La Zowi has also made TV shows and series such as the acclaimed series"Veneno", about the life of Cristina Ortiz.

After this review of the best female trap singers, especially those from the Latin scene, you will have no excuse not to add them to your playlists. At TopFestivales we love all these women of trap, do you recommend any of them? We'll read you in the comments!