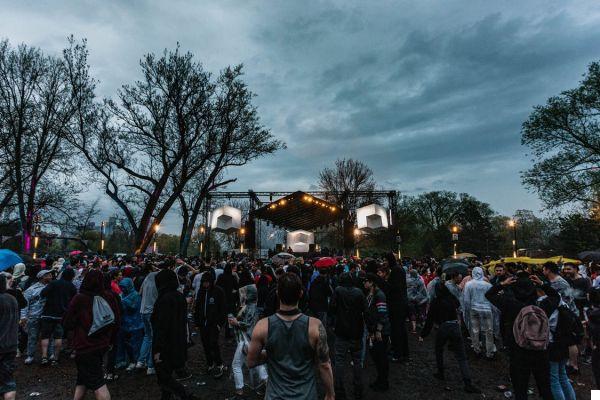 Have you never travelled to Latin America? Today we encourage you to do so to get to know some of its best festivals. This continent offers a very attractive culture and is one of the most musically diverse countries. To give you an idea, from Topfestivales we bring you a section with the best festivals in Latin America.

Festivals in Latin America that you shouldn't miss

Today we cross the pond to present you the best music festivals in Latin America, and don't worry, we'll also cover all musical genres, because this continent and its festivals offer a wide variety of music. Do you want to know them, we'll tell you about them below. Let's get started!

Lolapallooza is an internationally known music festival. It is true that its main venue is the United States, but this event also celebrates an edition in Buenos Aires, Argentina and another one in Santiago de Chile, in Chile (countries belonging to Latin America). It also has others that are held in Brazil, Berlin, Paris, Stockholm or Bogota.

The central theme around which the Lolapallooza festival revolves is music, offering a wide variety of musical genres such as alternative rock, punk rock, rap, indie rock, indie pop, electro, house or metal among others, and on occasion, also offers an alternative dance show.

The edition held in Chile, which was the first to take place outside the United States, has been held annually since 2011 and has featured artists such as Kanye West, The Killers, Mala Rodriguez, 30 Seconds To Mars, Artic Monckeys, Red Hot Chili Peppers, Dimitri Vegas & Like Mike or Steve Aoki among many others.


In the case of the one held in Argentina, it has been held annually since 2014, and there it is popularly known by the name of "the Lolla". In this edition, held in Buenos Aires, have been able to enjoy artists like Phoenix, Arcade Fire, Red Hot Chili Peppers, Pharrel Williams, Calvin Harris, Metalica, The Chainsmokers or The Weeknd among others.

What do you think? Cheer up because this is a unique experience.

BPM Tamarindo is a festival where you can find paradise and music in one place. This festival is held in Tamarindo, Costa Rica, and usually lasts about ten days. In 2022 it returns to celebrate the 15th anniversary of the brand and make its attendees enjoy the best of house, underground and techno. In addition, you have already communicated that they are preparing performances by artists such as Jeff Mills, Ricardo Villalobos, Marco Carola and many more.


Also, artists like Addy, Loco Dice, Anfisa Letyago, Calvin Clarke, Djoko, Flipside, Wonka, M-High, Jaimie Roy, Lauren Lo Sung, Ferro or Paco Osuna, are some of those who will enjoy and vibrate to all attendees of the edition scheduled for 2022.

In addition to the wide variety of styles of electronic music that you can enjoy during those days, the city of Tamarindo, famous for surfing, will surprise and conquer you with its mountains, white beaches, waterfalls, crystal clear waters and lush forests, a country that undoubtedly has the perfect location for this festival. What do you think? Are you really going to miss one of the best festivals in Latin America?

Rock in Rio is a musical event that takes place in the city of Rio de Janeiro, Brazil and has been held every two years since 2011. This festival, known worldwide as"the biggest festival in the world", includes in its program a series of shows and concerts, mostly in the genres of pop and rock. It also has other editions held in cities such as Lisbon, Madrid, Las Vegas and Santiago de Chile.

As we mentioned, this festival is one of the best festivals in the world as well as one of the biggest, so if you have the opportunity to go at some point, do not hesitate!

Electric Daisy Carnival is a music festival held in various locations in Latin America such as Mexico, Puerto Rico and Sao Paulo in Brazil. It also has other editions in the United States, China, Japan, South Korea and India.

This festival covers numerous and diverse musical stylessuch as EDM, House, Dance, Electro, drum and bass, Techno, dance-punk, Hard dance, Dubstep, Trance or Trap, among others, so we can say that focuses on electronic music . Due to its popularity has managed to become one of the largest electronic music festivals in the world.

Come and travel to Electric Daisy Carnival, one of the best festivals in Latin America!

Estéreo Picnic is an alternative music festival that has been held annually since its first edition in 2010 in the capital of Colombia, Bogotá.

The event takes place in the Sabana of Bogota between March and April, and among its program offers music of various genres such as rock, pop, electronic and new folklore. In addition to these genres also manages to move you to their culture, as they take the opportunity to present artists of new Colombian music.

This event will not only make you enjoy its varied musical styles, but it will also offer you numerous cultural and entertainment activities, as well as being able to enjoy food and art outdoors. It is certainly one of the best festivals in Latin America and one of the biggest festivals along with Lollapalooza and Coachella.

Artists such asGuns N' Roses, The Strokes, The Chemical Brothers, Armin van Buuren, Artic Monkeys, Twenty One Pilots, The Killers, Gorilaz, DJ Snake, The Strokers, Justice or Martin Garrix, and many more, have played on its stage!

add a comment of Best festivals in Latin America