Best festivals in the world 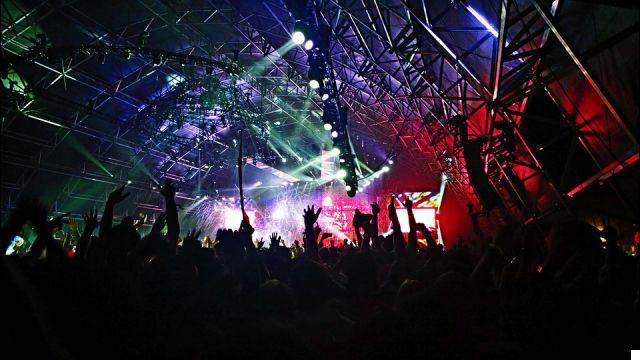 We know that many of you take advantage of your trips in search of new musical events that surprise you, that make you know and enjoy the best music. That's why, from Topfestivals, we have decided to bring you a post without borders, neither musical nor of territories. We encourage you to know the best festivals in the world!

World music festivals worth traveling for

For daring travelers and of course music lovers, today we bring you a very complete selection of the best music festivals in the world. Prepare your backpack and your tent because today we are going to travel around the globe to meet them. Ahh... And forget about a specific genre, the best thing about music and these events in general is their great musical variety.

I'm sure many of you know it, but here at Topfestivals we are here every day to learn a little bit more about each festival. Coachella is one of the best festivals in the world that takes place in Indioin Californiaand is one of the most famous festivals in the world. In this festival you will be able to enjoy the best indie music indie, rock, pop, hip hop o electronic music in an atmosphere similar to the hippie atmosphere of the 60s.

In this festival many film and fashion celebrities, as well as well-known influencers such as Dulceida, take the opportunity to show off their striking looks, based on what we mentioned earlier of the hippie decade.

In addition, the place where it is held is unmistakable and unique, and is that this festival takes place in the Coachella Valley, which is located in the wonderful Colorado Desert. Artists such as Ariana Grande, Travis Scott, Beyoncé, Eminem, The Weekend, Radio Head o Lady Gaga are some of those who have been present in past editions.

On the other hand, the event is organized by Goldenvoice, which is a subsidiary of AEG Presents and, given the success of this festival, the company has organized other events such as Desert Trip, Country Stagecoach and the Big 4 Thrash Metal Festival.


Its first edition took place no less than fifty years ago, in 1971 in the same place where it is still held today, near Pilton, in the county of Somerset, England.

Artists such as Pharrel Williams, Katy Perry, Bastille, Wolf Alice, Ellie Goulding, Alt-J, The Streets, Maribou State or The Chemical Brothers are some of those who have played on the stages of Glastonbury in past editions.

In addition, attendees will be able to enjoy theater, comedy, circus, dance, cabaret and other arts. Also, you should know that this festival is organized by the farmer Michael Eavis through his company that bears the name of the event.

A portion of the proceeds are donated to charities and community groups. In addition, most of the event's organizing team are volunteers, some 1,400 of whom are in charge of the Oxfam charity, which received a donation of US$1,500 in 2005. 200,000 pounds.

Have you been convinced by this great option, don't miss out on your tickets!

The Roskilde Festival is one of the largest music festivals in Europe along with Glastonbury. This massive event is held in the city that gives its name to the festival itself: Roskilde, in Denmark.

Roskilde was created in 1971 by two high school students, and in turn was the first music festival in Denmark oriented to the hippie population of the time. In it you can listen to genres from rock to pop, through electronic, reggae or hip hop.

Artists such as Taylor Swift, Travis Scott, Bob Dylan, Cardi B, Underworld, Deftones, Gorillaz, Bruno Mars or Eminem are some of those who have been headliners in past editions of Roskilde.

This festival is usually held for four days, either in late June or early July, although there is usually some event a few days before it officially starts.

Also, you should know that the festival camp covers 80 hectares and people will be able to have access to it, as it is included in the ticket price. In this same sense, we inform you that the camp is divided into two areas (east and west), in addition, they have food stalls and cinema.

Open'er is another of the best festivals in the world and is held in Gydnia, located on the northern coast of Poland, and is one of the most important in the country. Although the festival is now based in Gydnia, its first edition, in 2002, was held in Warsaw under the name Open Air Festival.

Until 2005 the festival was held at Kosciuszki Square in Gydnia, but since 2006 it has been held at Kosakowo Airport, a military airport located in the city itself. Every year, more than 50,000 people gather there to enjoy the wide variety of musical genres offered by this event: rock, pop, alternative, dance and electronic.

Artists such as Bruno Mars , Gorillaz , Arctic Monkeys , Radiohead , The Weeknd , Florence + The Machine , Red Hot Chili Peppers , Coldplay , Pharrell Williams , Drake , Rihanna , Jay-Z, Prince , Snoop Dogg or Travis Scott are some of those who have enjoyed their music with their concerts in past editions of Open'er.

Also, we mention that attendees will have the opportunity to see the art gallery with exhibitions in custom-madehangars .a. For example, the 2012 edition was characterized by impressive video works, as well as installations inspired by the museum's music. The event also features theatrical performances by Polish artists.

Come on, don't miss one of the best music festivals in the world.

Burning Man is another one of the most internationally known music festivals held in the Black Rock Desert located in Nevada, United States. This festival held its first edition in the year 1986 and since then, it has not stopped gaining popularity to become one of the best music festivals in the world.

Something very curious that we can tell you about this festival is that during the days that lasts its attendees create wooden constructions that are burned the last days of the festival. Each year these structures are created on a central theme and attendees must open their minds and bring their own form of artistic expression.

On the other hand, Burning Man is characterized by its 10 principles, which are: radical self-expression, participation and immediacy, demercantilization, leave no trace, civic responsibility, communal effort, radical inclusion, giving away and radical self-sufficiency, without a doubt, it is an experience worth living, because it is a week free of stress and people will feel free, with much inner peace.

Don't miss it, it's a unique option!

And who doesn't know Tomorrowland? This music festival is one of the most popular and internationally known. This event is held annually since 2005 in the city of Boom, Belgium, and welcomes more than 400,000 people from hundreds of different nationalities. It is also the largest festival on the globe.

In this festival, which has won more than five consecutive times the award for Best Music Event at the International Dance Music Awards, you can enjoy the best electronic music and all its styles.

Artists such as Afrojack, Alan Walker, Bad Bunny, David Guetta, The Chainsmokers, Tïesto, Dimitri Vegas & Like Mike, Dua Lipa, Don Diablo, Steve Aoki, Niki Romero or Mike Williams, are some of those who have been present in the past editions held in 2018 and 2019.

"La tierra del mañana" is the name in Spanish. This electronic music festival is characterized by a decoration that looks like a world of magic and fantasy. The organization of the festival is in charge of the promoter. LiveStylepromoter LiveStyle, in conjunction with the companies Tomorrowland Foundation and We Are One World.

To top it all off, Tomorrowland has an application for iOS and Android mobile devices, which allows the user to access the photo gallery, venue map, radio, line-up, among other things.

Join the biggest festival atmosphere in the world!

Sziget is a music and culture festival held annually since 1993 on the famous Óbuda Island in Budapest, Hungary. This event is one of the biggest in Europe, and you can enjoy all genres: rock, indie, pop and all styles of dance music.

The festival lasts about a week and artists such as Ed Sheeran, Foo Fighters, Florence + the Machine, Martin Garrix, The 1975, Twenty One Pilots, James Blake or Franz Ferdinand, who were some of the headliners of the edition held in other editions, have passed through it.

On the other hand, we mention that this event had in 2019 a record attendance of 565,000 people surpassing the 1997 edition, which was 250,000 attendees. Similarly, many are of the opinion that this festival is the European alternative of "Burning Man", as it is an event with unique characteristics, "an amusement park deformed and electronically amplified out of reality.".

The Øya festival is another of the best festivals in the world. It is the most famous and largest music festival in the city of Oslo, Norway. This festival hosts the best bets of the pop-rock genre, and each year brings together more than 60,000 people.

The festival from 1991 to 1999 was held on the island of Kalvøya, but then moved to the city, specifically to themedieval Tøyen Park, where it has been held since 2001.

These are some of the bands/artists that have played on the stages of Øya: Arctic Monkeys, Lana Del Rey, Massive Attack, Turbonegro, Wiz Khalifa, The Knife, Cat Power, Eagles of Death Metal, Kendrick Lamar, among others.

The event lasts four days, where you can enjoy artists such as The Cure, Robyn, James Blake, Sigrid and local rappers Karpe, who were the headliners of the edition held in 2019. In addition, you should know that one night before the festival there are concerts in the clubs of the city center.

And with this we finish our particular review of the best festivals in the world. Have we left any? Leave us a comment!

add a comment of Best festivals in the world