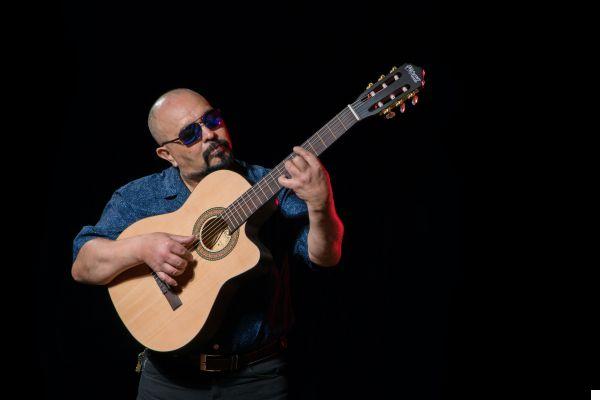 In TopFestivals we like you to be up to date about the events and artists of the moment. That is why this time we bring you the 10 best flamenco festivals. If you like this music, don't miss the opportunity to see the singers on stage.

The 10 best flamenco festivals you should know about

Flamenco is a musical genre that has transcended borders, so it has followers in many countries outside Spain. However, today we want you to travel with us to some of the Spanish cities where flamenco concerts are held. the 10 best flamenco festivals.

The Flamenco Festival of Jerez is an event that has been held since 1995 during the months of February and March in the municipality of Jerez de la Frontera, Andalusia. In addition, it has 4 venues which are: Palacio Villavicencio, Teatro Villamarta, Sala Paúl and Sala Compañía.

It is one of the oldest oldest flamenco festivals and was an inspiration for the creation of other festivals such as: "El Gazpacho Andaluz en Morón", "Festival de Cante Jondo de Mairena del Alcor" and "La Caracolá de Lebrija". As a curious fact, the festival was declared as. "Festival of National Tourist Interest"..

Mari Peña, Remedios Reyes, Juanfran Carrasco, José Méndez and Cancanilla de Málaga have been just a few of the exponents of flamenco who have performed in this festival.

It was born in 1963 by fans of the flamenco who had attended the "Potaje Gitano de Uretra". With creativity and passion to the surface they decided to make the first edition in their city. "Morón de la Frontera"..

Bulerias, seguiriyas, soleares, tangos, martinetes and cante jondo enliven the evening of the festival in each edition. In addition, the event includes a cold dinner with the typical dish of "gazpacho andaluz"..

La Unión, region of Murcia, is the place where the "Festival Internacional de Cante de las Minas" takes place. In its beginnings it was a singing contest, however, it has expanded its sections, including new sections for flamenco instrumentalists, dance and guitar competition.

Also, in the festival several prizes are awarded, among them, La Lámpara Minera, Premio Filón, the Trofeo desplante and the Bordón Minero..

It is one of the oldest festivals, since its beginnings date back to 1966 and although it has had ups and downs, it has not stopped being held. In addition, the organizers of the event have been able to adapt to the changes and demands of the public, offering a high level festival in each edition.

Some of the singers who have performed are: José Mercé, Isabel Bayón, La Cuadra de Sevilla, José Valencia and David Peña Dorantes..

It has more than 40 years and it is held in "Lo Ferro in Torre Pacheco". where attendees can enjoy different activities such as: recitals, concerts and performances of young contestants and well-known singers.

In addition, the festival awards the prize "Melón de Oro" (Golden Melon) to the best cantaor of the event. We also mention that Sebastián Escudero is one of the founders of the event together with a group of friends.

Another one of the best Flamenco festivals is the "On Firewhich had its first edition in 2014. This festival is held in Navarra and brings together great figures of the genre as well as emerging talents. The main show is the cycle "Grandes Conciertos" (Great Concerts) where Diego del Morao, Estévez & Paños, María Toledo, José Mercé, María José Llergo, Carmen Linares and Israel Fernández have performed.

Antonio Mairena and the parish priest Enrique López Guerrero had the initiative to create the festival with the intention of raising funds for the parish. In 1964 the festival was consolidated and although in subsequent editions it faced great challenges it was able to continue offering the best of the flamenco.

Would you like to attend one of the best flamenco festivals? We invite you to visit the official website to find out when the next edition will be held.

The organization of the event is carried out by the Caja Mediterráneo Foundation, which aims to raise awareness of the close relationship between culture, tourism and flamenco. Alicante is the epicenter of this festival that not only allows to see the most outstanding exponents of the genre, but also offers conferences, exhibitions, screenings and master classes.

Visit guitar strumming and castanet playing we finish this top 10 of the best flamenco festivals. Do not hesitate, go to some of them to enjoy flamenco at its best!