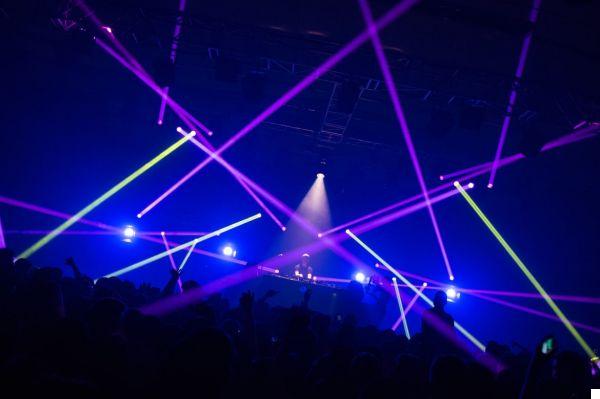 Are you a house music lover? Stay tuned because today in Topfestivales you are going to know some of the best house festivals in Europe. A style, precursor of dance and techno, very daring electronica, that won't let you leave your feet still. Are you ready? 3,2,1...Let's get started!

The best house music in Europe

If you are an electronic music lover, Europe is the perfect destination for you! This continent has a great taste and culture for electronic music and all its styles, so it doesn't matter, house, techno, dance, experimental... In this list of the best house music festivals in Europe you can enjoy all of them and many more. Can you imagine which festivals can be in this selection? Dare to discover them.

Although I'm sure many of you already know it, this festival could not be missing in this list.Tomorrowland is the giant of dance, and is, specifically, the best electronic festival in Europe. It is held annually, since 2005, in the town of Boom, Belgium.


This festival, where you can enjoy styles from EDM to Hardstyle, so of course you can enjoy the best of house music. In addition, it welcomes, in each of its editions, lovers of electronic music from around the world, bringing together more than 400,000 people.

In addition to being one of the best house music festivals in Europe, it can boast of having been named, nothing more and nothing less, the largest music festival in the world.

To give you an idea, Dimitri Vegas & Like Mike, Armin van Buuren, Carl Cox, Hardwell, Martin Garrix, Axwell Λ Ingrosso, Afrojack, Alesso, Alok, Bassjackers, Black Coffe or David Guetta, are some of the artists who have stepped on the stages of Tomorrowland in past editions.


Isn't it a dream for electronic music lovers?

Sziget Festival is a music festival, and one of the biggest in Europe. This event is held annually, since 1993, on Obuda Island in Budapest, Hungary, and usually takes place around the month of August.

The festival usually lasts a week, and in each of its editions brings together a very varied lineup of artists. Although house is one of the styles that are always present in the line-up, there is no shortage of other styles such as EDM, techno, rock and even indie or pop. Undoubtedly, a very varied and diverse option.

In addition to music, in this event you can also enjoy other activities such as an amusement park, workshops, beaches and many other facilities that you will discover.


To give you an idea, Ed Sheeran, Foo Fighters, Florence + the Machine, Martin Garrix, The 1975, Twenty one pilots, James Blake, Kendrick Lamar, Arctic Monkeys, Mumford & Sons, Gorillaz or Kygo, are some of the artists who have already passed through the stages of this festival.

This is, without a doubt, an international and multitudinous event that in its last editions has managed to gather more than 400,000 people from 90 different countries, positioning itself as one of the best house music festivals in Europe.

Ultra Europe is an electronic music festival held annually, since 2013, on the island of Hvar in Croatia, although it has also had other locations in different cities of the country.

This festival usually lasts for three days, and is always held around the month of July. In addition to house music, you can enjoy various styles of electronic music such as EDM or techno, among others.

The Swedish House Mafia, David Guetta, Afrojack, Alesso, Armin Van Buuren, Carl Cox, The Chainsmokers, David Guetta, DJ Snake, Glantis, Hardwell and Steve Aoki are some of the artists who have played at Ultra Europe festivals in past editions.

So what, do you dare to attend one of the best house music festivals in Europe?

Awakenings is a Dutch music festival that has been held since 1997 in a venue just outside the city of Amsterdam. This event is one of the most popular electronic music festivals in Europe and in it you can enjoy various styles of electronic music such as house, although it is true that its lineup focuses on techno.

The event usually lasts two days in which you can enjoy 48 hours of DJs and live performances. This titan of techno, has in each of its editions with 8 stages between which distributes all the artists who participate.

Drumcode, Marco Faraone, Enrico Sangiuliano, Ida Engberg, Amelie Lens, Adam Beyer, Charlotte de Witte, Dixon or Nina Kraviz, are some of the artists who have stepped on the stages of Awakenings in past editions.

And you, did you know or had you heard of this festival before? Because it is, without a doubt, one of the best house music festivals in Europe.

Boomtown, also known as Boomtown Fair, is a British music festival that has been held near Winchester in the UK since 2009. You can enjoy a wide variety of genres and styles, as it is a very diverse and complete option, combining drum & bass, jungle, dubstep, reagge, ska, garage, house, hip-hop, electro-swing, gypsy-folk and much more.

Specifically, it is held in the South Downs National Park in August, and each of its editions is known as a chapter that is told through its sets, actors, alternate reality games, etc. That is, the festival site is divided into several districts and tries to reflect the design of the districts, streets and enclosures, which are populated by hundreds of actors who play the role of inhabitants.

Billie Eilish, Lewis Capaldi, Taylor Swift, Post Malone, Liam Gallagher, Stormzy, Travis Scott, Camila Cabello, Marshmello or Lana Del Rey, are some of the artists who have been headliners in past editions of the festival.

Are you really going to miss one of the best house music festivals in Europe?

add a comment of Best house music festivals in Europe