Best jazz festivals in the world 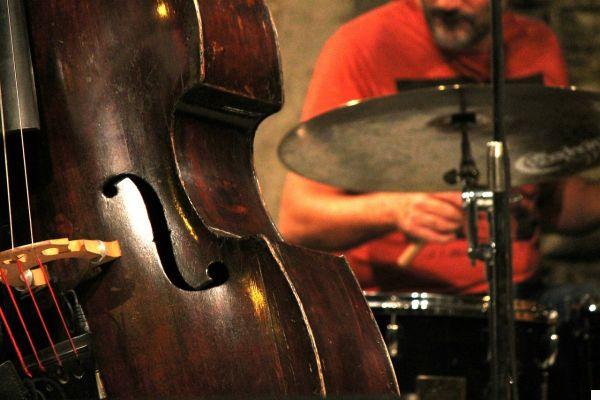 If jazz music is one of your passions, you won't want to miss the opportunity to listen to it live. For this, from TopFestivales we bring you a selection of the best jazz festivals in the world.

Currently, there are a large number of jazz festivals . Many cities host days dedicated to the genre, which help to preserve and position it. Here are the 10 best jazz music festivals in the world.

One of the best jazz festivals in the world is held in New Orleans, in the state of Louisiana . The cradle of the genre is, without a doubt, the ideal location to host this festival.


It was born in 1970 and the main sponsor is Shell Oil Company. Initially it was created with the intention of raising money to later distribute it in the area. The goal was to preserve and promote the heritage, music and culture of Louisiana.

Each year it has a large number of different stages . The artists invited to this festival are distributed according to the subgenre of jazz they are dedicated to. Thus, attendees can approach the stage they like the most or vary between a few.

The festival welcomes a large number of artists edition after edition. In addition, many of the names are encouraged to repeat annually. Among them we find DR. John, Ellis Marsalis, The Neville Brothers or The Radiators.

Artists from other genres have also participated, performing iconic jazz songs, such as Bruce Springsteen.

This festival, held in Canada, is listed in the 2004 Guinness Book of World Records as the largest jazz festival in the world . Each year it welcomes a whopping two million visitors, who find themselves in front of one of the biggest jazz tributes of the moment.


In each edition, the festival features more than 3,000 artists. They are spread over 20 different stages, some of them indoors and others outdoors. For this, traffic is cut off in most areas of the city center. In this way, attendees can move freely through the spaces set up to host the festival.

The Montreal International Jazz Festival had its first edition in 1980. Such was the success of this first edition that it has been growing year after year, to become the massive event it is today.

Within the festival program, a competition is also organized. This brings together Canadian jazz groups performing original songs. The competition prize is one of the most prestigious in the world of jazz.

Another of the best jazz festivals in the world is the one held in Copenhagen, the capital of Denmark . The first edition took place in 1979 and, since then, it has been one of the jazz festivals of international reference.

In 2006, the festival hosted around 850 concerts, but in 2010 it exceeded 1000. This makes the festival one of the main musical events on the continent.


The creation of the festival is derived from the passion for jazz in Denmark, as Copenhagen served as the cradle in Europe of the American trends of the genre. In addition, this geographical mix has benefited musicians from both locations, as they inspire each other.

Some of the artists who have performed at this multitudinous event are Chick Corea, Blind Boys of Alabama, Lizz Wright, Simone, Sonny Rollins, Marcus Miller or Spanish Harlem Orchestra, among many others.

One of the best known festivals in Switzerland is the Montreux Festival, which focuses on the jazz genre. It is held in a privileged location, in front of Lake Geneva.

This musical event was born in 1967 by the hand of Claude Nobs, with the help of workers of the Atlantic Records label. Initially, the festival was held at the Montreux Casino and featured names such as Nina Simone and Ella Fitzgerald.

However, from 1970 onwards, it began to integrate other genres and sub-genres. Since then, artists and groups such as Pink Floyd, Deep Purple, Led Zeppelin or Carlos Santana have attended this event.

The festival has its own discography. This is made up of recordings of live performances by guest artists.

One of the most historic jazz festivals on the international scene is the Nice Jazz Festival. The first edition took place in 1948 and in it, the headliner was Louis Armstrong with his band.

Today it is one of the most prestigious jazz festivals in Europe. Great artists of the genre such as Ella Fitzgerald, Miles Davis, Ray Charles and Lionel Hampton have performed on the stages of the Nice Jazz Festival.

Edition after edition, the festival has been increasing the number of attendees. The last edition held, in 2019, had about 43,000 spectators.

It is known as "MedeJazz" and the first edition of the festival was held in 1997. The artists who performed there played for about 40,000 people. The city of Medellin in Colombia hosts in September the exponents of this genre and subgenres, including artists from different countries of the world for 10 days.

In the 2008 edition, more than 1,400 musicians performed , 150 concerts, and more than 300,000 people attended. One of the most important Jazz groups of the city, "Puerto Candelaria", has been the only Latin American group invited to participate in the "World Jazz Festival of San Sebastian".

We move to Italy, one of the countries where the best music festivals are also held, among them, the Umbria Jazz, which was born in 1973 in the city of Perugia. Attendees will be able to enjoy orthodox jazz and African-American music, which includes blues, gospel, soul and R&B.

Some of the jazz exponents who have performed on the stages of this festival are: Al Jarreau, Sonny Rollins, Ornette Coleman, Miles Davis, Danilo Rea, Wynton Marsalis, Michel Camilo and Michel Petrucciani.

Artists from other genres such as Carlos Santana, Donna Summer, Simply Red, Elton John and James Brown have also performed.

Panamanian musician Danilo Perez is the founder of this festival . The idea was born in 2003 with the purpose of "Improving the lives of many people through musical experiences that they could share on stage, in classrooms and as listeners".

The event features a fantastic concert program with international jazz musicians. It also offers a week of master classes, with the participation of the most important institutions such as Herbie Hancock Institute of Jazz, Paris Conservatory, Berklee College of Music, among others.

Some of the artists who have played in this festival are Chucho Valdés, Rubén Blades, Herbie Hancock and Jack DeJohnette.

It is one of the best jazz music festivals in the world and began in 1954 in the city of Newport, Rhode Island, United States. This place has witnessed the most emblematic performances of 2 of the exponents of the genre Miles Davis with his phenomenal talent and Paul Gonsalves, who delighted the audience with his saxophone solo.

The Riviera Maya Jazz Festival is held in late November and early December in Playa del Carmen, Mexico . The first edition was in 2003 under the name "Latin Jazz Festival". Subsequently, its name was changed to the current one.

Internationally renowned artists have performed on its stages, who together with their talent and the natural sound of the waves create a unique and unforgettable atmosphere. These are some of the artists who have performed at the festival: Frank Gambale, Scott Henderson, Poncho Sanchez, Stanley Clarke, Yellowjackets, John McLaughlin and Billy Cobham.

Solo piano, guitar, electric bass, vocals and brass in majestic settings with the best live sound equipment. This is just a drop in the bucket compared to what you will enjoy in person if you decide to go to these festivals.

add a comment of Best jazz festivals in the world