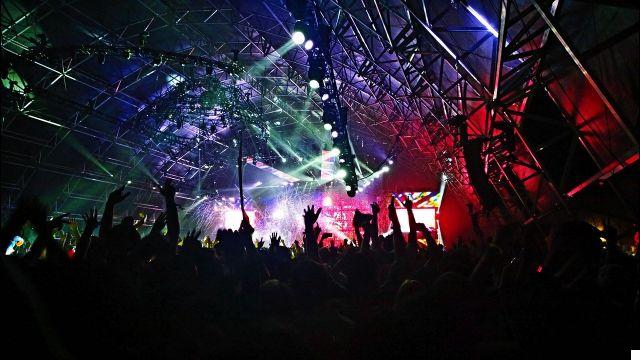 In the world of music there are many events, but some of them have marked the have marked history forever. For that reason, today we have chosen the 8 best music festivals you may not have known about. Our goal is to make you a more educated person about music festivals.


Many artists played there, such as Richie Havens, SantanaSweetwater, Bert Sommer, Tim Hardin, Ravi Shankar, Joan Baez and many more. Unfortunately, the creators of this festival did not return to make other editions. It should be noted that this was one of the best rock festivals in history.

This is one of the oldest oldest music festivals, since its firstsince its first edition took place in 1954. The event lasted 2 days and was attended by approximately 6,000 people. In addition, you should know that the Newport Jazz Festival featured stars of the genre such as. Ray Charles, Ella Fitzgerald, Billie Holiday, Tito Puente, etc.etc.

This is one of the best music festivals in history and there are still editions of it. So, if you like jazz, you should not miss one of these historical historical festivals.

This is one of the historic rock festivals most important rock festival, since its first edition was held in 1968. However, it lasted for several years without being organized, until it reappeared in 2002 and since then has been held annually since then.. If you like rockIf you like rock, the best thing to do is to travel to England to enjoy the next edition.

Looking for old and experienced festivals? This is one of the oldest oldest arts festivals in history.. It began as Pilton Festival in 1970 and, although in that first edition only 1500 people attended, today more than 150,000 people gather. It should also be noted that the Glastonbury Festival not only specializes in music, but also in other arts.

In 1996 the Spanish producer Doctor Music organized the first edition of this festival with the participation of Lou Reed, Blur, David Bowie and other internationally renowned artists. It was so successful that it brought together 25,000 people at Lérida, Spain.

Its last edition took place in 2000 and thousands of people are waiting for its return today. Undoubtedly, this has been one of the best music festivals in the history of Spain.

Its fame has spread worldwide since its boom in the 90s. So much so that it has recently been organized in Latin American countries such as Chile, Brazil and Argentina. In addition, although it was originally a rock festival, today it is possible to enjoy electro and electronic music.

The Coachella Valley Music and Arts Festival is one of the best music festivals in history and it is still being still being held in Indio, California.. There you can enjoy art installations, sculptures and music from various genres such as K-PopDo you want to go to the next Coachella?

The Tomorrowland festival festival takes place mainly in Belgium, but has organized events or festivals in other countries around the world such as Japan, Colombia, Mexico, Spain and Brazil. As if that were not enough, due to its success, Tomorrowland has presented artists such as Martin Garrix, Tiësto, Alesso, Alan Walker, David Guetta, among others.among others.

In conclusion, there are many festivals that marked the history worldwide and there are still several active. Check the list carefully and decide which one you are going to attend this year. Do you think one of your favorite festivals is missing? Which one is it? Express your ideas freely in the comments box.

The best music festivals in Malaga

The best techno festivals in Spain

add a comment of Best music festivals in history