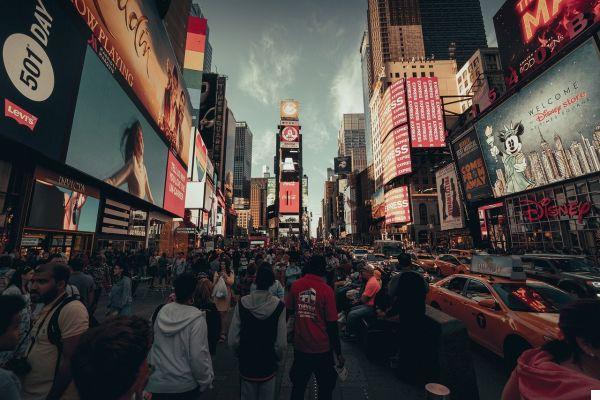 Electronic music, pop, jazz, classical, indie and rock are some of the musical genres that you can enjoy at the 9 best music festivals in New York. If you can, go to any of them, this year there are some festivals scheduled.

Do you like electronic music? If your answer is yes, this is the festival you should not miss in the imposing city of New York, as its stages feature the best national and international DJs. the best national and international DJs.. The first edition of the event was held in 2009 and had an attendance of 26,000 people, throughout the subsequent editions this figure has been increasing.


David Guetta, Deadmau5, Tiësto, Alesso and The Chemical Brothers are just some of the artists who have performed. Also, you should know that this festival takes place at Randall's Island, as part of Labor Day celebrated the first weekend of September.

Also, the Governors Ball has gathered as many as 150,000 people and its first edition was in June 2011. Some of the artists and bands that have delighted attendees with their live music are: Empire of the Sun, Passion Pit, Pretty Lights, Kings of Leon and Billie Eilish.

Some of the bands and artists that have performed there are: Gov't Mule, Medeski, Martin & Wood, Ozomatli, Assembly of Dust, Dr. Dog, Umphrey's McGee and Juan Medeski.

Although country music is from the south of the United States, New Yorkers are also fans of this musical genre, which is why the Taste Of Country Music Festival is held every year. at Hunter Mountain for 3 days. These have been some of the groups and artists who have played at the event: Lindsay Ell, Runaway June, Keith Urban, Adam Doleac and Rascal Flatts.

In addition, attendees who choose to camp you will have the opportunity to enjoy good food, as they sell a variety of food such as barbecue, pizza, chicken wings, etc..

Another one of the best music festivals in New York that you should not miss is the Harlem Meer Music Festival, as it offers dance, family entertainment and multicultural music.. It is a free event that takes place every Sunday in July and August. The 2022 edition will feature: Mosca Spanglish, Despers USA Steel Orchestra, Johnny Rodriguez and the Dream Team, etc.

This is a festival of classical music more than 50 years old. Hundreds of musicians perform works of music. Beethoven, Haendel, Schubert and Mozart. It takes place mainly in the "David Geffen Hall" of the Lincoln Center for the Performing Arts, as well as in other places of the city.

Also, you should know that this festival has already had 14 editions and it is free, so if you want to be close to the stage, it is recommended that you arrive very early. Please note that in order to attend you will have to enter the event's website and request your tickets.

Can you imagine enjoying the most delicious meats and the best blues bands at the same time? Well, in New York City all this is possible, thanks to the Blues BBQ Festival, an event that takes place at the Pier 97 of the Hudson River Park.

Also, keep in mind that the Blues BBQ Festival is totally free and all around you will find the best traditional barbecue restaurants in New York.

If you're craving something delicious while listening to jazz and blues, head to the Blues BBQ Festival. For electronic music lovers, on the other hand, we recommend the Electro Zoo Music Festival. Either way, there are many options, so check the posters of each festival on their official pages.

add a comment of Best music festivals in New York