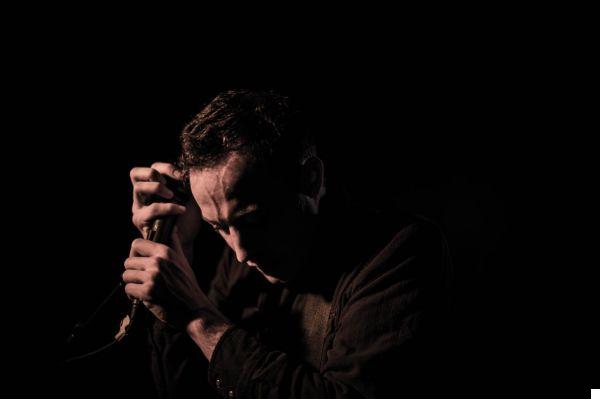 Are you a flamenco lover? If your answer is yes, you are going to love the post we bring you today on Topfestivales, because we are going to review the history of flamenco talking about the best old flamenco singers. Do you have an idea of which artists have the ideal characteristics to be included in this list?

Top singers in the history of flamenco

Flamenco is a musical genre characteristic of Spain due to its origin in the south of the Peninsula, in Andalusia. This musical style has many listeners both inside and outside the national scene, and has very prominent artists. That's why, from Topfestivales, today we are going to refresh your memory to make a review of the best old flamenco singers.

José Monje Cruz, artistically known as Camarón de la Isla, was a flamenco singer who cannot be missing from this list. This artist, of gypsy ethnicity, is the best contemporary flamenco singer and one of the most important figures in the history of the genre.


Although he began to perform on stage at a very young age, his success came in 1968. In this stage of his life he met the guitarist Paco de Lucía with whom he recorded more than nine albums.

Lola Flores, also known by her nickname " La Faraona" is another of the key figures in this list of the best old flamenco singers. Lola was a flamenco singer and dancer, although she also did some work as an actress in some films set in Andalusian folklore.


Within flamenco, the songs of this singer used to be based on the sounds of the copla, although she also performed songs of the rumba or ranchera genres.

This artist was also one of the first women in post-war Spain to talk about subjects that were taboo at the time, such as gender violence, extramarital affairs and prostitution.

A Tu Vera, Pena Penita, Limosna de Amores, Ay pena penita pena, Burundanga or La Zarzamora, are some of the best known songs of this artist.

This artist is the sister of another of the protagonists of flamenco singing: Enrique Morente. She has also received numerous awards for her great art and dedication such as the National Music Prize or being named Ambassador of Andalusia in 2001.

Carmen Pacheco, artistically known as Carmen Linares, is a flamenco singer who has been considered one of the most complete flamenco singers and with more knowledge of flamenco styles.

This artist, besides being consecrated at national level, has managed to cross borders, as it has reached many countries, arriving to perform for example with the New York Philharmonic.

Pastora María Pavón is her real name, although everyone knows her as "La niña de los Peines". She was born in Seville and was a gypsy flamenco singer. She was raised in a family of artists, being the daughter of the cantaor Francisco Pavón Cruz known as "El Paiti". She performed songs such as soleares, taranta, petenera and sevillanas.

The Junta de Andalucía declared her voice an asset of cultural interest, as she was a very important cantaora who mastered all the flamenco palos, as well as having created a new style, the bambera.

Diego Ramón Jiménez, better known as "El Cigala", is a flamenco singer of gypsy ethnicity, although it should be noted that he also has Dominican nationality. He received his nickname "Cigala" from the guitarists and brothers Losadas.

This artist began at a very early age in the world of music and with only 12 years old he won his first flamenco singing contest, getting the first place. In 1997 he published his first solo album and began to rub shoulders with important figures on the flamenco scene.

His third album "Corren tiempos de alegría", was nominated for Best Flamenco Album at the Latin Grammy Awards. And he also has other awards such as an Ondas Award, 3 platinum records and 5 Amigo Awards, among others.

El Cigala has also become one of the most renowned flamenco singers on the currentflamenco scene.