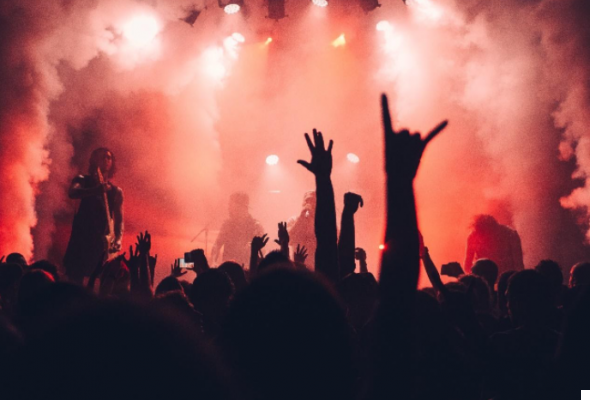 One of the best ways to enjoy live music, unparalleled concerts and a huge party with friends or long nights out is to attend a festival. These great musical events are organized based on a specific musical genre.

In such a way, the attendees are sure to like most of their favorite artists. So that you can find your ideal festival, in this TopFestivals article we are going to review the best rock music festivals in Spain.

Therefore, below we will review the 6 best rock music festivals in Spain so you can find the one that best represents you. It should also be said that to compile this compilation we have tried to find festivals that represent all branches of rock music.

Viña Rock is clearly among the best rock festivals in Spain, as it has become a reference event throughout the country. This festival began to be held in 1996 in the town of Villarrobledo (Albacete). Since then, every last weekend of April thousands of rock lovers gather to enjoy four days of non-stop music.

As a curiosity, the name of the festival is due to the fact that Villarrobledo is considered the largest vineyard in the world with more than 30,000 hectares. This festival brings together different rock bands, punk, ska and other genres that fall under the concept of rock.


One of the editions, that of 2007, was held in Benicàssim because the organization wanted to increase the space and modify the infrastructure. But the city council of Villarrobledo denounced the organization for this move, won the lawsuit and the following year it was held again in the town of Albacete.

Resurrection Fest is another of the best rock music festivals in Spain. Every summer, the town of Viveiro, Lugo, prepares to host the Resurrection Fest, popularly known as Resu. This festival takes place in July or August, depending on the edition.

The first time Resurrection Fest was held was in 2006. Gradually, this festival has been gaining popularity and income, thus being able to improve the lineup of artists in order to continue growing. So much so, that in the 2016 edition more than 80,000 attendees gathered, and from that year, Resurrection Fest began to be perceived as a reference at European level in its field.

Extremúsika is another of the most renowned rock festivals in Spain that brings together thousands of artists during a spring weekend. The first edition of this festival took place in 1998, but it was not until 2004 when Extremúsika began to be held annually.

Despite its good quality, this festival is perhaps the most discontinuous and unstable of the list, as it has had several breaks. Neither the 2010, 2011, 2012, 2013 nor the 2015 to 2017 editions were held. The location of Extremúsika has also varied between Mérida and Cáceres .

As a peculiarity, in some of the editions of this festival have also had exhibitions of other artistic subjects. That is to say, in addition to promoting rock, Extremúsika has also counted in some editions with theatrical performances, craft markets or even a medieval market.

Another unmissable event for music and festival lovers is Rock Fest, held every summer in Santa Coloma de Gramanet (Barcelona). This musical event began to be held in 2014 and since then there have already been 6 editions.

Perhaps it is the rock and metal festival in Spain with greater international projection, because every year more and more foreign tourists decide to live this unique experience, coming to bring together people from 70 different nationalities. Many of the rock bands that perform at Rock Fest Barcelona are known worldwide, such as Europe, Aerosmith or Amon Amarth.

Undoubtedly, Rock Legends is another of the best rock music festivals in Spain. This festival has been taking place since 2006 and year after year has been increasing its popularity. The first years of the Leyendas del rock were chosen as headquarters different cities of the Region of Murcia (Mazarrón, San Javier and Beniel), but since 2013, this festival is held every August in the Valencian municipality of Villena.

The initial idea of this festival was to bring together in one weekend the biggest stars of Spanish rock and metal . But as the festival gained fame and budget, rock and metal bands from all over the world were included.

And one of the advantages of this festival is that your subscription includes camping in the shade and swimming pool. It may seem silly, but in the middle of summer you appreciate a place where you can cool off.

During the first weekend of June, the Kalikenyo Rock has been held for years in the town of Juneda, Lleida. This festival brings together artists from the Spanish rock scene, but also features representatives of other urban music genres such as rap or reggae.

In addition, this festival has a very attractive character of its own. The vast majority of the invited artists are Spanish, so the essence of the festivals of yesteryear, where the bands that have become today's references debuted, is very well preserved.

This festival has already announced that its next edition will be held in another town other than Juneda, but has not yet confirmed what that location will be.

And with this we finish this review of the best rock music festivals in Spain. Which one do you choose?

add a comment from Best rock music festivals in Spain