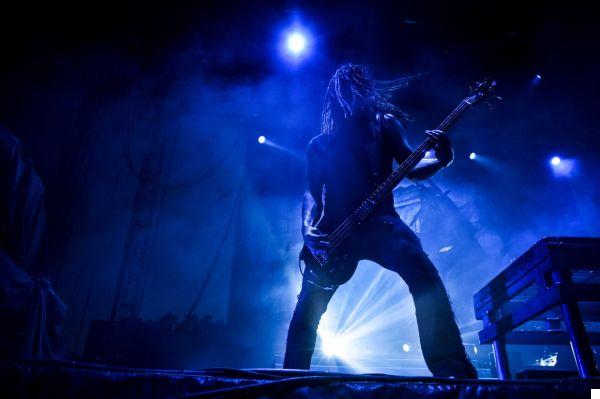 Today, from Topfestivales, we go back to that past decade so marked by music and so important in Spain, do you remember which one it is? Indeed, we move back to the time of the 80s, of "la movida", but this time to meet the best rock singers of the 80s in Spanish.

Spanish rock figures of the 80's that you should know

The decade of the 80s was a very marked period for music in almost all countries and continents. This decade saw the birth of many artists of the great genres of pop, rock, punk and many others. Today from Topfestivales we want to focus on the rock genre, which although it originated in the United States in the 50's, has many artists in Spanish. Do you want to know the best rock singers of the 80's in Spanish? We tell you!

Hombres G is a rock and pop-rock band, which was founded in 1982 in Madrid, although it began to gain popularity in Spain at the end of the 80s thanks to their first album, Hombres G.


The band is made up of David Summers (vocalist), Dani Mezquita Hardy, Rafa Gutiérrez Muñoz (guitarist) and Javier Molina (drums), and is still active today. They have released their latest album recently, in 2021, titled "La esquina de Rowland".

This band is undoubtedly one of the best rock bands of the 80's in Spanish. To get to know them, if you didn't already know them before, we recommend you to listen to the following songs: Devuélveme a mi chica, El ataque de las chicas cocodrilo, Voy a pasármelo bien, Venezia, Sufre mamón or Marta tiene un marcapasos.

You can tell us what you thought in comments ;)

Héroes del Silencio was a Spanish rock band formed in the mid 80's in Zaragoza. This group was one of the best rock bands of the 80s in Spanish and achieved great success in other countries such as Switzerland, Germany, Belgium and Italy, as well as achieving international success reaching Latin America.


This group is one of the most successful in the history of rock in Spanish, as they managed to sell more than six million records in more than 37 countries around the world. Despite their great success, the band broke up in 1996.

But, in 2007, on the occasion of the twentieth anniversary of their first recordings, they announced their return with a tour of ten concerts in Spain and America, entitled Héroes del Silencio Tour 2007. After this, they have not returned to the stage.

Songs like Maldito Duende, Entre dos tierras, Héroe de leyenda, La chispa adecuada or La sirena varada, are some of the most listened songs of this group. Did you already know any of them?

José María Sanz Beltrán, known artistically as Loquillo, is a Catalan rock singer. It is true that this singer, during the 80's, had great success thanks to his band known as "Loquillo y Los Trogloditas", which was active until 2007. From this year, Loquillo started his solo career.


From Topfestivales, we also recommend you to listen to some songs of this great solo artist such as El ritmo del garaje, Cruzando el paraíso, Rey del Glam or Rock and Roll Star.

Come and listen to one of the best rock singers of the 80's in Spanish!

Juan Antonio Cifuentes, known simply as Johnny Cifuentes, is a Spanish rock singer who was a member of the successful and well-known rock band Burning.

Although this group was born before the well-known movida madrileña, they are considered the precursors of the spirit and sound of rock that marked that stage of the 80s. Although in the beginning their songs were sung in English, in the mid 70's they normalized the use of Spanish in rock songs.

The band, formed by Johnny Cifuentes (vocals, piano and keyboards), Carlos Guardado (bass), Edu Pinilla (guitar), Kacho Casal (drums), Nico Álvarez (guitar) and Miguel Slingluff (sax), gave their last concert in 2019, but the last concert of their vocalist Johnny, has been in La Gran Vía in Madrid in May 2021.

Que Hace una Chica Como Tu en un Sitio Como Este, Una Noche Sin Ti, Mueve Tus Caderas or Corre Conmigo, are some of the most known and listened songs of one of the best rock singers of the 80s in Spanish.

Gustavo Cerati was an Argentine singer and producer who achieved great popularity after being part of the rock band Soda Stereo. He has also been considered one of the most influential musicians in Latin American rock music.

The group Soda Stereo was founded in 1982, at the height of the 80s, and achieved great success both in Argentina and in other Latin American countries, where they broke records in record sales as well as attendance.

This band has been considered one of the most important, popular and influential Spanish rock bands of all time, as they played a very important role in the development and diffusion of Spanish rock during the 1980s and 1990s.

De Música Ligera, Trátame Suavemente, Cuando Pase El Temblor, Persiana Americana or Te Para 3, are some of the best known songs of this artist, known as one of the best rock singers of the 80's in Spanish.

The Sea of Music ❯