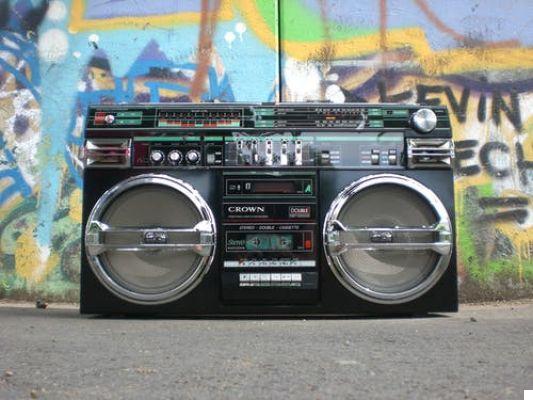 Do you feel like a fan of the 80s era and its genres? Today in Topfestivals we go back in time to introduce you to the best singers of the 80s in English. Stay with their names, because these artists made the world vibrate during this decade with their resounding hits.

7 singers of the 80's in English that you must know

The 80's dance music era was lived in all parts of the world, and saw the birth of many new artists. Today, in Topfestivals, we will focus on those who sang most of their songs in English. Also, if you are interested in the genres of this era, we leave you here an article focused on the best female singers of this decade, so you can learn even more. Let's start!

Prince is, without a doubt, one of the best singers of the 80's in English. He was an American entertainer, dancer and songwriter, and one of the most talked about voices in the 1980s. He was very prominent for his wide vocal range and for his striking costumes.

His songs can not focus on a single genre, and is that this artist integrated into his songs a variety of styles, from jazz and blues, to rock, funk, R & B and soul. He is considered one of the most successful artists in history, as throughout his career he has sold more than 150 million records.

Songs like "Purple Rain", "When Doves Cry", "Kiss", "Raspberry Beret" or "Let's Go Crazy " are some of the most listened to songs of this famous singer of the 80s.

David Bowie was a British singer and songwriter, although he also worked as an actor and record producer. His musical genre is rock, and since he was a child he showed interest and passion for music, but he did not start his professional career in this world until 1963.

He managed to make a name for his music when he released his single "Space Oddity" in 1969, which reached number five in the British singles chart.

Songs like "Heroes", "Rebel, Rebel", "Starman", "Let's Dance" or "You've Got A Habit Of Leaving" are some of the most listened songs of this artist.

Whitney Houston, also known as "The Voice", was an American singer and producer, although she also worked as an actress and model. The genres she worked in were R&B, soul, blues and gospel. She is one of the best singers of the 80s in English.

She rose to fame with her album Whitney Houston in 1985, where singles like "Saving All My Love For You", "You Give Good Love" or "How Will I Know" stand out. A few years later she appeared in movies like "The Bodyguard", in 1992, with the soundtrack of the movie "I Will Always Love You", which became the best-selling single.

Songs like "I Wanna Dance With Somebody", "Higher Love", "I Have Nothing" or "How Will I Know" are the most listened songs of this great female figure of the 80's music.

AC/DC is a British-Australian hard-rock band that released their best-selling album, some 50 million copies, in 1980 with the title "Black in Black". Thanks to it they jumped to fame and was positioned as the second best-selling album in history.

It is worth mentioning that this band has been one of the references and direct influences of the heavy-metal genre in the following generations.

"Black in Black", "High Way To Hell", "Thunderstuck" or "You Shook Me All Night Long" are some of the most listened singles.

Madonna is an American singer, songwriter and dancer, as well as one of the great icons of international music. Her genres are pop and dance, although we can also find songs in which she introduces electronic or house music.

We can say that Madonna has been one of the most famous and important artists of the 80s. For example, her album "True Blue" was the best-selling album by a female artist of the decade.

She released her first album in 1983, and since then many of her songs have reached number one in music charts in several countries, such as "Like A Virgin", "Material Girl", "4 Minutes" or "Frozen".

A-ha is a Norwegian band that was formed in Oslo in 1982. It's a pop band that got to jump to fame with their album "Hunting High and Low", released in 1984.

But what was a great success for this group was the single "Take On Me", which became one of the most listened songs of the 80s. Other songs like "Crying in the Rain" or "The Sun Always Shines on TV" have also been very listened to.

Bruce Springsteen is another of the best singers of the 80's in English. He is an American singer and songwriter, nicknamed "The Boss" and known mainly for his work with the E Street Band.

This artist is considered one of the most successful in the rock genre and his album sales worldwide exceed 120 million.

add a comment from Best singers of the 80's in English