Today, from Topfestivales, we rewind back in time to go back to the 80's in Spain, where many new artists emerged. We bring you a selection of the best Spanish pop singers of the 80s. 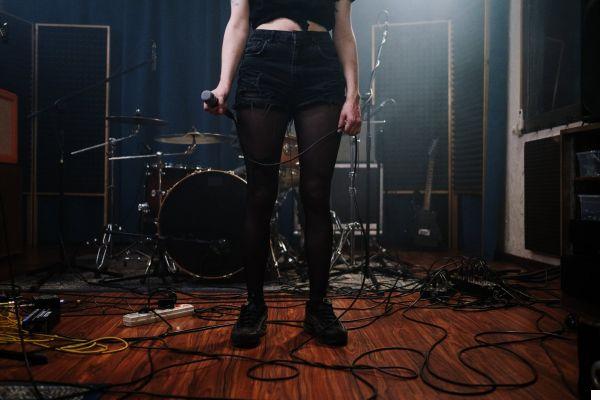 Today, from Topfestivales, we rewind back in time to go back to the 80's in Spain, where many new artists emerged. We bring you a selection of the best Spanish pop singers of the 80s.

8 Spanish pop singers of the 80's famous and recognized

The 80's era was one of the most important in the history of Spain, as it brought about many changes. It was also a period very marked by the music, and from Topfestivals we believe that this deserves a recognition, don't you? Come on, today you will meet the best Spanish pop singers of the 80's.

Julio Iglesias is a Spanish singer, songwriter and producer born in Madrid, and one of the most successful Spanish artists of all time. In his songs we can see how his style of music pulls for pop and romantic ballad .


This singer, in 2013 was recognized as the Latin artist who has sold the most music in history, and one of the top ten record sellers reaching approximately 300 million sales.

He has won important awards such as the Grammy, Latin Grammy, World Music Award, Billboard Award or the American Music Award among others. He has also let us enjoy great songs like "Me Olvidé de Vivir", "De Niña a Mujer", "Se Que Volverás", "Con la Misma Piedra" or "Hey", among many others.

Tino Casal is another of the best known Spanish pop singers of the 80s. A singer and composer from Madrid, he was a pop music singer in the 80's, although in his songs we can also see influences of techno and new romantic. He also devoted himself to painting and sculpture.

He is also known by the pseudonym of "El Rey del Glam", and has left us internationally recognized songs like "Eloise", "Embrujada", "Pánico en el Edén" or "Champú de Huevo", among others.

Alaska is another of the best known Spanish pop singers of the 80s. Vocalist of Alaska y Dinarama, a Spanish pop and pop rock group, although with new wave influences , which was formed in 1982 in Madrid. It was formed by Alaska, Carlos Berlanga and Nacho Canut, and achieved great popularity in the mid-80s.

This group is considered one of the references of Spanish pop in the 80s, as well as in Mexico and Latin America, as they made this stage of history vibrate with songs like "A quién le importa", "Ni tú ni nadie", "Cómo pudiste hacerme esto a mí", "Perlas ensangrentadas" or "Rey del Glam".

Los Secretos is a pop and pop rock band , with influences of country rock and new waves, that started developing their career in the 80's and continues to this day.

Songs like "Déjame", "Pero a tu lado", "Por el boulevard de los sueños rotos", "Ojos de gata" or "Sobre un vidrio mojado" are some of the most listened songs of this Spanish pop group from the 80s.

Celtas Cortos is a Spanish pop and pop rock group formed in Valladolid, which was heard a lot during the 80s, although today it is still popularly known among the society.

It is considered one of the most commercially successful groups of all time, having sold nearly 2 million records.

Songs like "20 de abril", "La senda del tiempo", "Cuéntame un cuento", or "Retales de una vida" are some, among many others, that have reached our days as great songs.

His songs are defined by the genres of pop and rock, and the artist has been considered one of the most important composers of Spanish pop.

Joaquín Sabina is a singer-songwriter who was born in 1949 in Úbeda. This artist is another of the figures that we can highlight within the Movida of the 80s. His songs are in the pop genre, although we can also appreciate other genres such as folk and rock, without forgetting poetry.

Joaquín Sabina has published no more and no less than 17 studio albums, and has also collaborated with numerous artists, either in duets or collaborations.

Its members were Enrique Bunbury, Juan Valdivia, Joaquín Cardiel and Pedro Andreu, and they composed songs such as "Maldito duente", "Entre dos tierras", "Héroe de leyenda", "La chispa adecuada" or "La sirena varada", which have survived to the present day.

add a comment of Best Spanish pop singers of the 80s