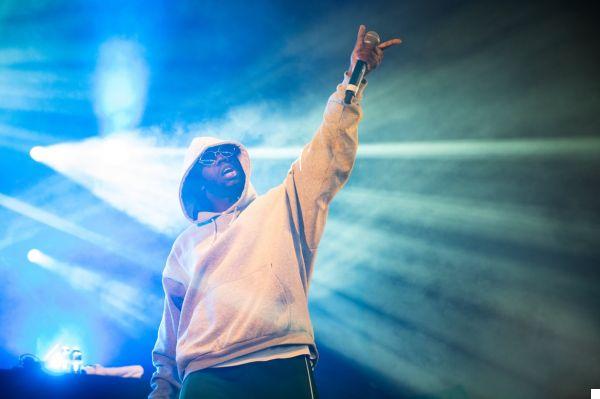 Are you a rap lover? This genre is one of the most listened to styles of music in Spain, and already has several songs that are considered music history. This deserves recognition and that's why, from Topfestivales, we wanted to bring you a compilation of the best Spanish rap singers of the moment. Do you want to discover who they are?

Rap is one of the most listened musical genres in Spain. This genre has been consolidated in our country and you can find a wide range of styles. Within our national panorama we can find some of the best Spanish rap singers of the moment. Do you want to know them? We tell you from Topfestivales

Daniel Martínez de la Ossa, better known by his stage name Delaossa, is a singer and rapper from Malaga, although in his songs we can also highlight hip hopstyle rhythms.

This artist has been active since 2016, when he released his first album titled El Palo Nº 1. But his debut as an artist and his great success came in 2019 he released the album "Un Perro Andaluz". In addition, he has also released video clips, singles and collaborations with several well-known artists of the national scene such as Israel B, KIDDO, Gese Da O, Granuja or Cruz Cafuné.

Did you already know him? If not, from Topfestivales we recommend you to listen to some of his most listened tracks, like Veneno, Me Has Dejado, Ojos Verdes or La Placita.


You can tell us what you thought of them in the comments ;)

Although his name is Javier Ibarra Ramos, everyone knows this Spanish rapper as Kase O, his stage name. This artist is considered one of the best-known rappers in the Spanish-speaking world, and has been active since 1993.

This icon and reference of Spanish rap has released more than seven studio albums, and in 2011 he released an album, Kase.O Jazz Magnetism, which fuses other styles such as hip hop and jazz. He has also been nominated multiple times for a Latin Grammy.


Ringui Dingui, Pavos Reales, Mazas y Catapultas, Tiranosaurius Rex or Mitad y Mitad, are some of the most listened songs of this artist on platforms like Spotify. Are you going to miss listening to one of the best Spanish rap singers?

Natos y Waor are a duo of Spanish rappers, specifically from Madrid, who began their musical career in 2010. They began participating in rap battles in Madrid and currently have more than 800,000 subscribers on Youtube.

In 2011 they released their first album, Por la Jeta, which already managed to have a great impact. Since then their success has only grown and even crossed borders, performing internationally in Argentina, Mexico, England and the United States.

Sudores Fríos, Cicatrices, Dispuestos a Morir, Chatarra, A la tumba, Cuentas Pendientes or Cuestión de Fe, are some of the most listened songs of this duet of Spanish rappers who are without a doubt, one of the best Spanish rap singers. Have you heard of them before?

David Martinez, known artistically as Rayden, is a Spanish rapper who started in the world of music in 2010 and has been part of groups like Rap A3Bandas and Crew Cuervos.

Rayden was world champion of the Red Bull Batalla de los Gallos in 2006, and in 2010 he released his first solo album, Estaba Escrito. But it was not until 2014, with the release of his third album"Entre alma y hueso", when he managed to get into the top seven with more sales in Spain.

In addition, this rapper has collaborated with numerous established artists of the national scene as Pablo López, Leiva, Rozalén, Sidecars, Iván Ferreiro, Andrés Suárez, Alfred García or Bely Basarte, among many others.

Haz de Luz, Dios Odio, Héroes, Matemática de la Carne, La mujer cactus y el hombre globo or Quiero abrazarte cuando todo acabe, are some of the most listened singles of this Spanish rap singer. Do you think he deserves to be among the best of the national rap scene?

Ignacio Fornés, popularly known by his stage name Nach, is a Spanish rapper and composer. In his songs, in addition to the rap genre, we can perceive rhythms of other genres such as hip hop, styles like hip hop soul or underground hip hop.

This artist has been active for years, specifically since 1994, when he released his first demo titled "D.E.P.". Since then he has been growing within the rap scene, to the point of being considered one of the best Spanish rap singers in the country. In addition, he has won two Golden Records, one for his album Un Día en Suburbia, and the other for the song Mejor que el silencio.

Efectos Vocales, Rap Bruto, De Pie, El Idioma De Los Dioses, Amor Libre or Tal Como Eres, are some of the most popular and listened singles of this Spanish rapper. Did you know any of them? If you didn't know them, you can listen to them and tell us what you think in the comments ;)

C. Tangana is a Spanish singer, rapper and composer. It's true that lately the songs of this artist have been influenced by the rhythms of other genres such as hip hop, latin pop, new flamenco or reggaeton, but even so, he can't be missing in this list because he has contributed a lot to rap during his time as Agorazein.

This artist is active in the world of music since 2006, since then his recognition as a singer has only grown and his success has crossed national borders. He is also known by the pseudonym "El Madrileño". He has also collaborated with numerous artists such as Rosalía, Alizz, Nach, Mala Rodriguez, El Chojín, La Hungara, Nathy Peluso and Natti Nathasa, among others.

Ateo, Tú Me Dejaste De Querer, Ingobernable, Antes de Morirme, Demasiadas Mujeres, Tocarte, Still Rapping or Llorando en la limo, are some of the most listened songs of this artist.

Do you miss any artist in this selection of best Spanish rap singers? You can leave us your opinion in comments or tell us which one is your favourite. We read you ;)