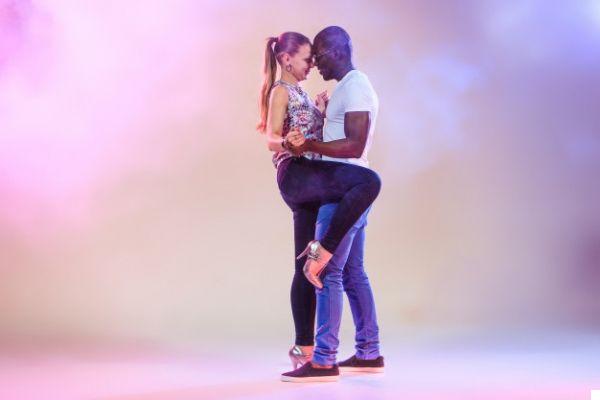 Do you like to dance salsa? or do you like to listen to salsa? If so, stay, because you're going to love this post. Today, in Topfestivals, we bring you a list of the most famous salsa singers.


Famous salsa singers you should know

If you are passionate about salsa, today you are going to learn a lot more. Here is a list of some famous salsa singers that you should know if you are a fan of this type of music.

Marc Anthony is a Puerto Rican singer-songwriter. His songs range from salsa to rock, and ballads, although his artistic career began with the hip hop genre. Songs like "Y cómo es el", "Vivir mi vida", "Ahora Quién" and "A quién quiero mentirle" are some of the most listened songs of this famous artist.

From the United States and with a Puerto Rican rhythm we find Willie Colón, another singer and composer salsa musician. He was born in the Bronx, and since he was a child he was nourished by Latin music such as tango.

"Idilio" "El gran varón" or "Pedro Navaja" are some of the most listened songs of this great artist.

Johnny Pacheco, was a great Dominican composer and producer of Cuban and salsa music. He is also considered one of the most influential people and reference of Latin and Caribbean music.

He left us unforgettable songs that will go down in history as "Acuyuye" "Toro Mata" "Agua de Clavelito" or "Quimbarra".

Celia Cruz, born in Havana, was a Cuban singer of tropical music such as salsa, merengue and bachata. She was nicknamed the "Queen of Salsa" and was considered one of the most important Latin artists of the 20th century.

Who doesn't know the song "La vida es un Carnaval"? Well, Celia Cruz is the artist behind this song. Other songs like "La Negra tiene Tumbao" or "Rie y Llora" also stand out.

Cheo Feliciano was an important Puerto Rican salsa and bolero singer and musician. This great artist has left us songs like "Anacaona" "Sobre una tumba humilde" or "Amada Mía", among many others.

Rubén Blades is a Panamanian singer-songwriter who has spent most of his artistic career in New York. This artist made, during the salsa boom, his most successful albums with Willie Colón.

"Amor y Control" and "Decisiones" are two of his most listened to songs on digital platforms like Spotify.

Linda Bell, known artistically as La India, is a Puerto Rican singer of salsa as well as reggaeton, bachata and pop. She has been a one-time Latin Grammy winner, and a three-time nominee for an American Grammy.

Songs like "Mi propiedad privada" "Vivir lo nuestro" or "Ese hombre" are some of the most listened songs of this artist.

Ismael Rivera was a Puerto Rican salsa singer known by the pseudonyms "Maelo" or " El Sonero Mayor". He was also part of the group called Rafael Cortijo, with whom he recorded about 17 albums and where he was the lead vocalist in songs like "El Bombón de Elena" or " Palo que tú me das".

"Mi Negrita Me Espera", "El Nazareno", "Incomprendido" or "Dime Por Qué" are some of his most famous songs.

Hector Lavoe, besides being a producer, was a salsa singer-songwriter of Puerto Rican origin. He is considered the most important singer in the history of salsa, as he contributed to popularize this genre during the 60s and 70s. Because of this, Hector Lavoe is considered one of the most influential artists in history.

In his solo career with his first album "La Voz" he was awarded a gold record, and won the award for best male vocalist and best ensemble in 1976 by Latin NY magazine.