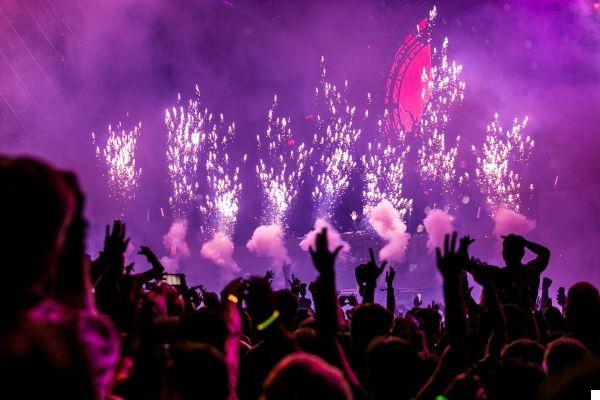 Where? Gijón When? Dates are not yet known. Genres? Pop, rap, hip hop, and many more!

Metrópoli Gijón is a music festival that has been held since 2015 in Gijón, specifically in the Luis Adaro Exhibition Centre. This festival is one of the most complete cultural events, since in addition to music it covers many more branches of entertainment such as video games, exhibitions, gaming sports or board games, among many other things.

In particular, one of the most famous comic fairs in the country takes place precisely in Metropolis. For example, in 2021 it was dedicated to the Marvel character "Spiderman" as it coincided with the premiere of one of his films. In addition, it also has an area reserved for gastronomy.

As for the artists, to give you an idea, some of them have beenAndrés Calamaro, Juanes, Camela, Mala Rodríguez, Beret, Ilegales, La Pegatina, Bad Gyal, Taburete, Rozalen, Marlon or Fuel Fandango, among many others. So, as you can see, it is a festival that includes different genres and musical styles.

We still don't know the dates when Metropoli Gijón will be back, but what we do know from Topfestivales is that it is a very complete and recommendable option. Come on!

The organization of the festival has not yet announced any of the artists and bands that will be present at the Metrópoli Gijón 2022 edition, so the official poster is not available either. But do not worry and stay tuned, because from Topfestivales we will keep you informed of all the news and updates of this section.

Where will Metrópoli Gijón 2022 be held?

The last edition changed venue and was held in the Plaza de Toros de Gijón. Although the details of Metrópoli Gijón 2022 are not yet known, it is expected to take place in the same place as the last one, so its usual venue will be the Gijón Bullring, known as "El Bibio".

So that you can stay and rest without having to go far away from the venue, from Topfestivales we bring you some of the closest hotels to Metrópoli:

In addition, you can also find cheaper options among the apartments offered by Airbnb on their website.

And although the festival has a gourmet area, we also recommend some of the restaurants closer to the festival, in case you feel like leaving the festival and recharge your batteries enjoying a good meal:

How to get to Metrópoli Gijón

To get to the site where the festival takes place, from Topfestivales we suggest the following options:

Tickets for Metrópoli Gijón 2022 are not available for sale yet. From Topfestivales we will inform you when we have more details or news about this section and we will tell you which are its prices.