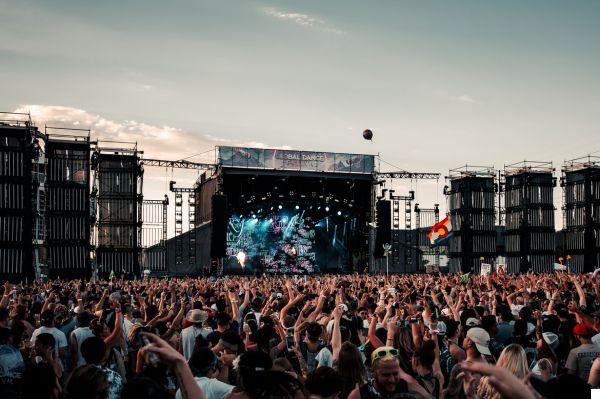 Where? Villena, Comunidad Valenciana When? From 4th to 6th August 2022 Genres? The hardest and most daring styles of rock.

Leyendas del Rock is a music festival that has been held since 2006. From its first edition until 2012 the festival was held in different municipalities of Murcia, but since 2013 its main venue is the town of Villena.

This event, initially focused on including national bands in its lineup, but currently brings together in each of its editions to the best bands, both nationally and internationally, of the hardest rock genres such as heavy metal or hard rock, among many others. Nor does it have a fixed duration, between two, three or four days and usually takes place in August.

It should be noted that Leyendas del Rock, before the start of the festival, usually hold a one-day welcome party that is usually free admission. To give you an idea, Airbourne, Thin Lizzy, Avantasia, Apocalyptica, Delain, Tierra Santa, WarCry, Koma or Cradle of Filth, are some of the bands that have been present in the 2019 edition.


And if this option has convinced you, from Topfestivales we have good news for you. Leyendas del Rock returns from 4 to 6 August 2022 to make you enjoy the best rock sessions. What are you waiting for?

Although the official line-up for Leyendas del Rock 2022 is not yet available, the festival organizers have made available to their followers, both on social networks and on their website, a line-up with the artists confirmed so far. Do you want to know who they are? From Topfestivales we tell you:

And many more that you can see in the poster below! 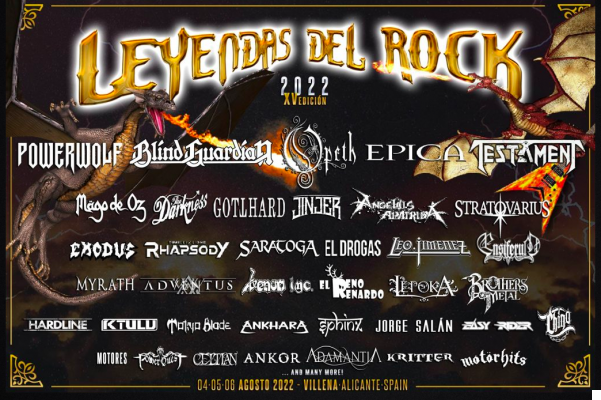 Where will Leyendas del Rock 2022 be held?

The Leyendas del Rock festival , as we have said before, has its main venue in the town of Villena, Valencian Community. Specifically, the event takes place in the grounds of the Municipal Sports Centre of Villena, 59 km from Alicante.

Although this festival also offers the possibility to stay in their camping, we know that some of you prefer to stay in a hotel. Therefore, from Topfestivales, we bring you a selection of the closest hotels:

And if you want to regain strength after enjoying a long session of the hardest rock, what better way to do it than enjoying a good meal. So that you can do it, from Topfestivales, we recommend you some of the closest restaurants:

How to get to Leyendas del Rock

To get to the site where the festival is held Leyendas del Rock, from Topfestivales we propose the following options:

Tickets for the Leyendas del Rock 2022 festival are now available for sale. Ticket prices and passes from: