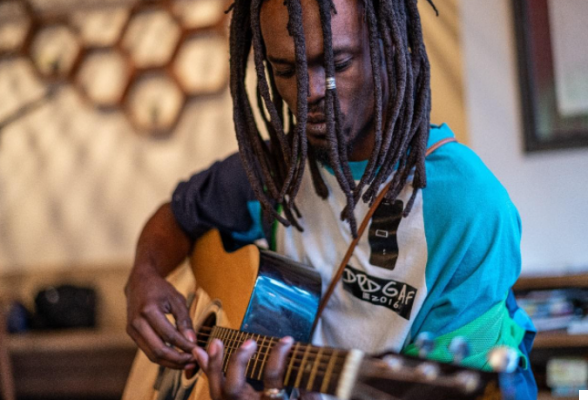 Music is the ideal spice of life that accompanies us in our daily lives. But in many occasions we settle in the hits of our favorite artists or we only listen to the singers who are already consecrated in the history of music.

So that you can meet new artists and continue enjoying the best music, in TopFestivales we are going to present you the best current reggae singers.

8 current reggae singers that you have to meet

Reggae is a musical genre that emerged in Jamaica during the 1960s and gained enormous popularity in the following decade with the Rastafarian movement. With artists like Bob Marley and The Wailers, reggae went beyond the category of a musical genre and became a way of life.

But over the years, reggae has evolved and merged with other musical styles generating new ones. Even so, today we can compile a long list of names of the best current reggae singers.

Omar Riley, better known as Turrus Riley, is one of the most famous reggae artists with multiple musical successes that justify it. Riley was born in the well-known New York City borough of the Bronx, but a few years after his birth his parents decided to move to Jamaica. His father, Jimmi Riley, was a passionate reggae singer, so Turrus Riley soaked in this musical genre since he was a child.

His professional debut was in 2004 with the album Challenges and since then he has been recognized by institutions such as the EME Awards and the Reggae Academy Awards. Currently, Turrus Riley has seven albums released, the last one in 2020, Healing.

Without a doubt, Damian Marley is another of the best reggae singers today. The legacy of the king of reggae, Bob Marley is not limited to his songs, but we can also find it in the music that some of his sons continue to create, as is the case of Damian Marley. He is also known as Jr. Gong, a nickname derived from his father's, Tuff Gong.

Damian Marley began his music career when he was just 13 years old and released his first album titled Mr. Marley in 1996 . His career has been strongly linked to his family and on multiple occasions he has sung in concerts or has released songs with his brothers. Damian Marley became part of a reggae and rock band called SuperHeavy with Mick Jagger.

Takana Zion was very attracted to reggae since he was a child, convinced of the power of this musical genre to fight injustice and inequality.

He released his first album in 2007 and to date has released seven more, the latest in 2021 called Human Supremacy. Perhaps his best received album is Rasta Government.

Kerida Shushana Johnson, better known by her stage name Hempress Sativa, is a Jamaican singer-songwriter who in her songs has managed to renew the genre by fusing it sometimes with hip-hop, soul or R&B. Her parents were Rastafarians and instilled in her since she was a child the values, traditions and music of this culture.


Shemade her debut at the age of 13 on King Bebo Lawn, although popularity came to her around 2013. Since then she has released more than twenty singles and has performed at most of the specialized reggae festivals.

One of the most popular Spanish reggae singers is Madrid-born Swan Fyahbwoy, also known by the nickname "el chico de fuego" (the boy of fire). This Spanish artist has enjoyed enormous popularity for songs like "Todo por ti" or "Soldados de la paz".

His career began in 2006 when he released his first free downloadable demo on the Internet and received an exceptional reception. Later, in 2009, he released his first album and ended up conquering the Spanish reggae world. Apart from reggae and dancehall (a genre derived from reggae with faster rhythms and more ephemeral lyrics), Swan Fyahbwoy has sung rap and trap.

Undoubtedly, Etana is one of the most outstanding international reggae artists. She was born in Kingston in 1983 and later moved to the United States. She began studying nursing, but dropped out before finishing her studies to focus on her music career.

Success came in 2008 with the releaseof the album The Strong One, where he fuses reggae with some American folk rhythms , South African music and soul. He later released three more albums: Free Expressions, Better Tomorrow and I Rise.

Sean Paul was born in 1973 in Jamaica. Influenced by his parents, both athletes in his youth, Sean Paul dedicated himself to sports, becoming part of the national water polo team, but abandoned it to dedicate himself to music.

In March 2000, his debut album Stage One was released and reached number two on the Top Reggae Albums chart in the United States. Since then, Sean Paul has had many successes. His career has mainly revolved around reggae and rap. But due to his popularity, on occasions, he has also made more commercial collaborations with artists such as Beyonce, Dua Lipa, Enrique Iglesias or David Guetta.

We finish this review of the best current reggae singers with Buju Banton. This reggae singer was born in Jamaica in a family descended from the Maroons, a former group of black slaves who fought for the freedom of their collective. His stage name is the result of the union between the nickname given to him by his mother as a child (Buju) and a Jamaican word that refers to a highly respected storyteller (Banton).

Buju Banton started singing at the age of 14 under the nickname Gargamel and a year later he managed to record his first song "Boom bye bye". On the other hand, his first album would take longer to arrive, since it was not until 1992 that he released Stamina Daddy. Since then he has gained great recognition and to date he has released about twenty albums.

add a comment of The best current reggae singers