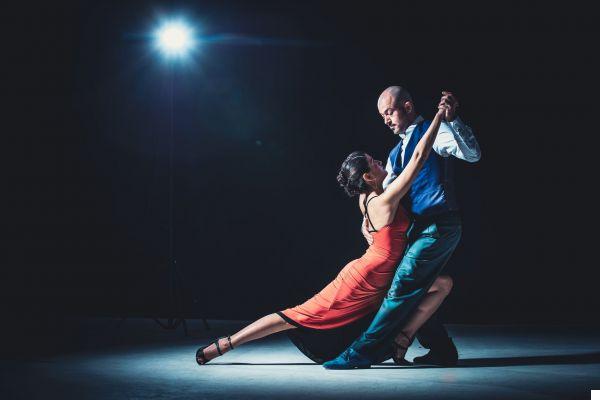 If you like the salsa genre, stay tuned! In other posts we have told you in general which were some of the most famous salsa singers but today in Topfestivales, we come to focus on women, on the best women salsa singers both currently and historically.

Women in the world of salsa that you can't overlook.

If you like salsa rhythms, today you'll get your fill of discovering and listening to new songs by the best female salsa singers. Open your Spotify or Youtube and we'll start this great tour!

Celia Cruz, born in Havana, was a Cuban singer of tropical music such as salsa, merengue and bachata. She was nicknamed the "Queen of Salsa" and was considered one of the most important Latin artists of the 20th century.

Who doesn't know the song "La vida es un Carnaval"? Celia Cruz is the artist behind this song. Other songs like "La Negra tiene Tumbao" or "Rie y Llora" also stand out.

Linda Bell, known artistically as La India, is a Puerto Rican singer of salsa as well as reggaeton, bachata and pop. She has been a one-time Latin Grammy winner, and a three-time nominee for an American Grammy.

Songs like "Mi propiedad privada" "Vivir lo nuestro" or "Ese hombre" are some of the most listened songs of this artist.

Patty Padilla, an artist and singer who at only 15 years old began to show her passion for the world and rhythms of salsa. In addition, since she was a child, she showed a great admiration for the salsa singer Celia Cruz.


Such was her admiration for Celia, that Patty has an album that she made as a tribute to this artist made up of versions of some of her most famous songs. This album is called "Tributo a la Guarachera" and with it she intends to preserve the spirit of salsa in the new generations. Songs like "Porque Te Vas" or "Pasión y Deseo" are some of the most listened songs.

Choco Orta or "La Reina del Sabor", the name of one of her productions, is how this Puerto Rican artist, salsa singer and percussionist is known internationally. She has also been an actress in several series and movies.

In 2011 one of her songs, "Choco Swing" is considered one of the best 20 Productions of 2011 by the National Foundation for Popular Culture.

"Y Que De Mi", "Voy a Apagar La Luz", "Basta" or "Guateque de Chombo", are some of the most listened songs of this famous salsa singer.

Arlenys Rodríguez was born in the province of Pinar del Rio, Cuba. Although she is more inclined to the Latin-soul genre, she also masters the rhythms of salsa and Cuban popular music in general.

He grew up with music, as his mother was one of the most famous singers of the bolero genre.

"Un Paso Más", "Qué Voy A Hacer Sin Ti", "Un Encuentro" or "Yo Te Quiero Besar" are some of her most famous songs.

Jenny Valdés, a salsa and timba singer who belonged to a group of these two genres called "Los Van Van". This artist, although she is now retired, is one of the great references of this musical genre.

Diana Vargas, Colombian singer of the salsa genre who traveled the world with bands like "Son De Azúcar" to make this genre known. Although she was a vocalist in groups, she eventually went solo and became one of the best salsa singersin the world.

She has released several albums that achieved great success, and songs like "Una Gotita De Tu Amor", "Ay Amor", "Un Amor A Mi Medida" or "Sigo Pensando En Ti " are some of the most famous.

add a comment from The best female salsa singers