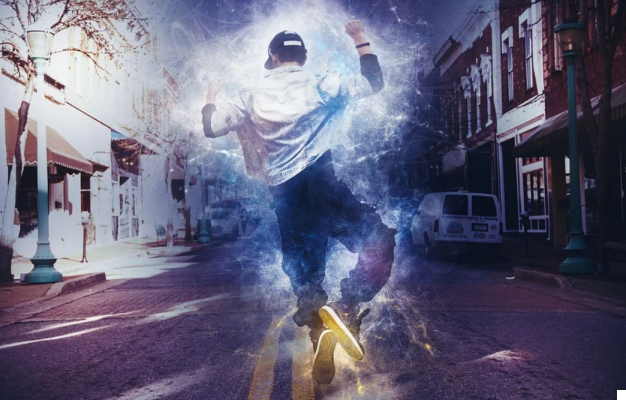 Are you a hip hop lover? Then you're sure to know some French hip hop songs. This genre is gaining great importance in Europe, and more and more artists are born in this style in France.

That's why, from Topfestivals, we bring you a list of some of the most outstanding hip hop singers in French on the current music scene.

Hip hop is a very complete urban genre that includes many styles such as rap or trap. This genre is becoming more and more popular, and although it originated in New York, more and more artists are emerging from the French hip hop scene.

That's why today, from Topfestivals, we bring you a selection of some of the hip hop singers in French that you can't miss on your playlist. Are you ready to discover who they are?

Karim Djeriou, known artistically as Heuss L'Enfoiré, is a French rapper who is making a big impact on the hip hop scene. This artist is one of the most listened French trap singers, and his album Rentre dans le cercle is an international success.

This singer has been active in the music world since 2014, and in his songs we can highlight styles such as rap, trap or even house.

OLA OLA OLA OLA, Khapta, Aristocrate, L'enfoiré, Benda, L'ancien, Mal a la tete, Les mèchants, Moula Max or Guccissima, are some of the most listened songs of this hip hop singer in French.

Julien Mari, known as Jul, is a French rapper and singer from Marseille. This artist began his professional career in the music world around 2010, and we can frame his music within the urban hip hop genre.

Marcel Junior Loutarila, artistically known as Koba LaD, is a French rap singer who started his artistic career in the music world in 2015.

Although he is a rapper, in some of his songs we can also highlight rhythms of other urban styles such as trap.

In September 2018, he released his first studio album titled VII, which managed to sell more than 18,000 copies in just one week, undoubtedly a success. In addition, in March 2019, this same album managed to go platinum.

Have you ever heard of this hip hop singer in French?

Although his name is Stanislas Dinga, he is artistically known as Niska. This artist is a French rapper, although his parents are from Congo. Although his main style is rap among his songs we can highlight others like hip hop or gangsta rap.

He began his career in the world of music in 2015, although he did it with the rap group Negro Deep. Then he left the group and began his solo career, in which he has already released four albums, Charo Life , Zifukoro, Commando and Mr Sal.

Aurélien N'Zuzi Zola, known artistically as Zola, is a young French rapper who jumped into the music world in 2016. His songs pull for the urban rhythms of rap and trap, and he is currently one of the most prominent names among hip hop singers in French.


He released his debut album in 2019, and it's worth noting that one of his tracks, California Girls, appeared as the soundtrack to the film Taxi 5. In 2020 he released his second album, titled Survie.

Have you heard of him before?

Julien Schwarzer, known artistically as SCH, is a French rapper, specifically from Marseille, who started in the world of music in 2008.

He started writing and singing his own rap songs when he was only 13 years old, but it was in 2008 when he rose to fame and became known by appearing on Lacrim mixtape's ripro Volume 1.

Bande organisée, Le classico organisé, Mode Akimbo, Incontrolables, Avengers, A7, Solides, Rêves de gosse, Gomorrah or Petit coeur, are some of the tracks of this hip hop singer in French.

PNL is the artistic name of the French duet formed by Tarik Andrieu, known as Ademo, and his brother Nabil Andrieu, known as N.O.S. These artists throw their songs into the rhythms and sounds of the urban trap style.

These brothers and artists are launched into the world of music about the year 2008, although it should be noted that at that time each recorded songs on their own. Already in 2015 they form the duet PNL, which stands for Peace N' Lovés, and begin to gain international recognition and fame.

Onizuka, A l'ammoniaque, Au DD, Bené, DA, Autre monde, Jusqu'au dernier gramme or Bambina, are some of the most listened songs of this duet of hip hop singers in French.

add a comment of The best hip hop singers in French