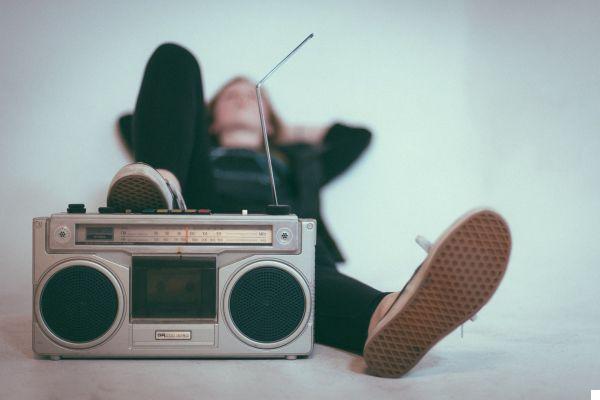 Do you know the genre called vallenato? If you don't know it today in Topfestivales we discover a new musical style for you to expand your knowledge, and we are going to do it in a big way, introducing you to some of the most popular Venezuelan vallenato singers. Do you want to know them? Here we tell you about them

Venezuelan vallenato singers you should know about

The musical genre known as vallenato is a style indigenous to the Caribbean region of Colombia . Vallenato is traditionally performed with three instruments, the diatonic accordion, the guacharaca and the caja vallenata, and its musical rhythms are the paseo, the merengue, the puya, the sol and the tambora.


In addition, this genre has spread to neighboring countries such as Ecuador, Panama, Venezuela, so from Topfestivales, we wanted to bring you a selection of some of the Venezuelan vallenato singers.

Jean Carlos Cent eno is a Venezuelan vallenato singer and composer. This artist has been recognized as one of the most popular vallenato performers both nationally and internationally.

This singer began his professional career when he became known as the vocalist of Binomio de Oro de América, a group co-founded by Rafael Orozco (vallenato singer and Jean Carlos Centeno's favorite artist), although in 2006 he decided to start as a soloist.

Jhonder Morales is another of the best Venezuelan vallenato singers. A young Venezuelan talent and one of the singers of international stature within the vallenato genre. His songs revolve around the themes of romance and heartbreak, and always with the rhythms of this autochthonous style from the Caribbean of Colombia.

This great artist and vallenato singer has already managed to cross the Venezuelan borders and has conquered with his powerful voice other countries such as Colombia, United States, Chile, Paraguay, Ecuador, Argentina and Mexico.

As for her professional career, she began as a soloist in 2012, with the release of her debut studio album, El Sentido De Mi Vida, which was released through her own record label and in collaboration with Codiscos.


Tres Noches, Dime que me Quieres, Derrotado en el Dolor, La Persona de mi Vida, No merezco tanto Silencio or El Poder del Amor, are some of the most listened tracks of this Venezuelan vallenato singer on platforms such as Spotify.

Felipe Renán Peláez, artistically known as Felipe Pelaez, is another Venezuelan vallenato singer. A Venezuelan singer-songwriter, specifically from Zulia, of vallenato and other musical genres.

He first started playing instruments such as piano and guitar, but later wanted to make a niche for himself in the music world as a singer or vocalist. Then, after the murder of Rafael Orozco, he was hired as the second voice in the group Binomio de Oro.

From there he decided to launch himself as a singer and began to be known as a vallenato and tropical singer-songwriter. Specifically, it is in 2002 with the album 'Felipe Pelaez y son Guajira', when it opens space in the tropical area as a soloist, and it is not until 2006 when it launches as an interpreter vallenato. His first big hit was the song "Borracha".

And moving away from the vallenato genre, we are going to open our ears to other Venezuelan artists of different musical styles. From Topfestivales we wanted to bring you some of the most famous Venezuelan singers. Do you want to meet them?

Carlos Baute is a Venezuelan singer and composer who surely many of you know, as he has been a very popular artist in Spain. He is also skilled at playing instruments such as the piano and guitar, and his songs tend to pull the rhythms ofLatinpopand balladgenres.

At the age of 13, he began his career in the musical group Los Chamos, although he later continued his solo career and in 1994 he published his firstalbum entitled Orígenes I. In the 2000s he moved to Spain, where he decided to continue his solo career and releasedthe album Dame, which went platinum in Spain.

Colgando en tus manos, Te regalo, Ando buscando, Quién te quiere como yo or Dónde está el amor que no duele, are some of the best known songs of this great Venezuelan singer. Did any of you already know them?

Miguel Ignacio Mendoza, known artistically by the simple name Nacho, is another famous Venezuelan singer. An artist who is mainly known for his participation in the duo Chino & Nacho. With this duo he released songs like "Mi niña bonita", which I'm sure many of you know, or "Tu angelito". Songs that pull for the genres of reggaeton, merengue or Latin pop.

Although the duo split in 2017 during the ceremony of Los Premios Lo Nuestro, the singers return to form the duet in 2020 and do it in style with the release of the single "Raro".

Andas en Mi cabeza, Niña Bonita, Me Voy Enamorando, Tú Me Quemas, Tu Angelito, Báilame, La Buena or Destino, are some of the most popular songs of this great Venezuelan artist.

Oscar D'León is a Venezuelan singer and composer recognized in almost every corner of the world for his contribution to the genres of salsa and Caribbean music. This artist has achieved worldwide fame, and is known by numerous pseudonyms such as El Diablo de la salsa, El sonero del mundo or El Faraón de la salsa.

Although he achieved his popularity in 1972 during his time in the group Dimensión Latina, in 1976 he formed his own orchestra, La Salsa Mayor, with which he launched commercial hits such as"Sin rencor" and "Tu no sabes ná".

It is also worth mentioning that this artist was the first Venezuelan singer-songwriter to win a Grammy award in 2001 for Best Tropical Salsa Album.

Llorarás, Detalles, Que Bueno Baila Usted, Ven Morena or Yo Quisiera, are some of the most popular and most listened songs of this famous Venezuelan singer on platforms like Spotify.