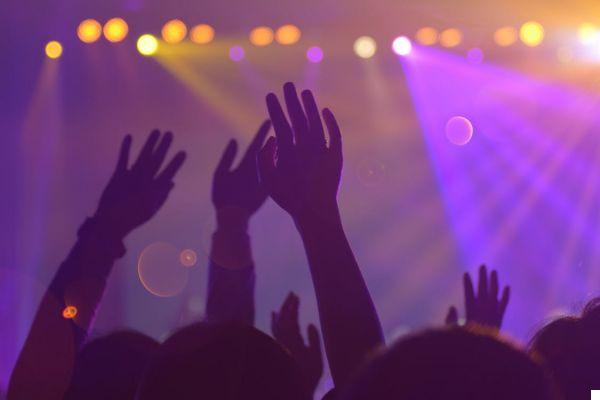 Awakenings is an electronic music festival, mainly techno, which had its first edition in 1997. It is held at the Spaarnwoude recreation area, just outside Amsterdam.

The festival has been spreading internationally, and thus, since 2014 Awakenings has venues in other cities such as London, New York, Manchester and Antwerp. It is also considered one of the best electronic music festivals in the world.


In each edition it counts with the participation of more than 100 artists and up to 8 different stages. Adam Beyer, Nina Kraviz, Peggy Gou, Loco Dice and Carl Cox are some of the artists who have made up past editions.

Awakenings will return to its usual venue in 2022 to celebrate its 25th anniversary, although the exact dates are not yet known.

For the moment there is no official poster of the edition and the organization has not revealed any of the artists who will be present. But don't worry, from Topfestivales we will keep you informed of all the news that will be announced as the date of the festival approaches.

Where does Awakenings Festival 2022 take place?

The usual venue for the Awakenings Festival is the Spaarnwoude recreation area, which is located on the outskirts of the city of Amsterdam.

So that you can rest from long sessions of music, from Topfestivales we recommend some of the closest hotels to the venue where you can stay:

We also recommend some of the best rated restaurants close to the venue, although we warn you that being in a recreational area between two cities, Amsterdam and Haarlem, you might need a car, taxi or bus to get to them:

How to get to Awakenings Festival

From Topfestivales we tell you what are the possible options to get to the festival:

Tickets for Awakenings 2022 are not yet available for sale so we have no information about them or their prices, but as always, as soon as we know, we will inform you about everything from Topfestivales.