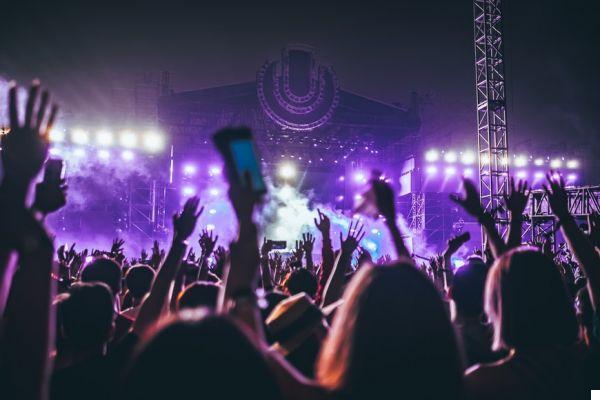 Where? Benicàssim When? From 16 to 22 August 2022 Genres: Europe's biggest reggae festival!

Rototom Sunsplash is its full name although everyone knows it simply as Rototom. It is a music festival that has been held since 2010 in Benicassim, although it should be noted that it is actually an Italian event since it was founded in 1994 in Gaio di Spilimbergo, in the Italian province of Pordenone.

In this festival you can enjoy the best of reggae, and you know what, it turns out that this festival is the largest and most important of its kind in Europe, and received recognition and sponsorship of UNESCO as a Flagship Event of the International Decade for a Culture of Peace and Nonviolence.

In addition, this event hosts the best national and international artists of the genre. Some of the artists who have performed on its stages are TheNew Generation of Dub International, Dub Ambassadors, Eva Lazarus & The Young Robotiks, Acsel & The Reggae Rebel Band, Chronixx, The Abyssinians, Macaco and Lila Iké, among others.

Do you dare to vibrate to the rhythm of reggae surrounded by more than 200,000 people? If so, we have good news for you, because Rototom returns in 2022 to make you enjoy the best atmosphere and the best music from 16 to 22 August 2022.

The organization of the festival has already announced on its website some of the artists who will be present for the Rototom 2022 edition, although there are still many more to be confirmed. From Topfestivales we tell you who they are:

And many more that you can find on their website!

The Rototom festival, as we said before, is held in the town of Benicàssim, in Castellón. Specifically, the event takes place on the sand of the Gurugú beach in Castelló.

Although the festival also offers camping tickets to stay inside the enclosure, from Topfestivales we know that some of you prefer to stay in a hotel, so we bring you some of the closest hotels:


You can also consider other cheaper options among the apartments offered by Airbnb on their website.

So that you can recharge your batteries while you enjoy a good meal, we also recommend some of the restaurants closest to the venue, so you don't have to go far away:

How to get to Rototom

To get to the festival site, from Topfestivales we suggest you the following options:

Tickets for Rototom 2022 are now available for sale. Ticket prices and season tickets from: