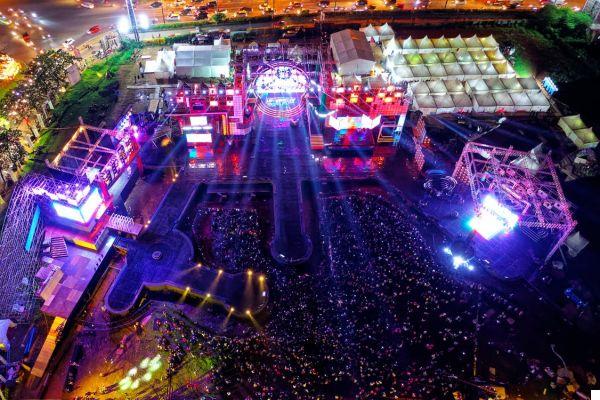 Where to go? Madrid When? From January 7 to February 6, 2022 Genres? Very different rhythms! Rap, trap, reggaeton, pop or electronic music.

These concerts are responsible for giving music to the city during these winter months, and in them you can enjoy a wide variety of genres as trap, pop, reggaeton, rap and even electronic music.

Inverfest does not have a specific place to hold its shows, but its concerts are divided into several venues: WiZink Center, Teatro Price, La Riviera or El Sol, among others.


The next edition of Inverfest will take place between January 7 and February 6, 2022. Come on and enjoy the music again, what are you waiting for?

Find out which are the artists and groups of the 8th edition of the Inverfestand the days and places where the concerts will take place.

Comedy at the Infanta Isabel Theater 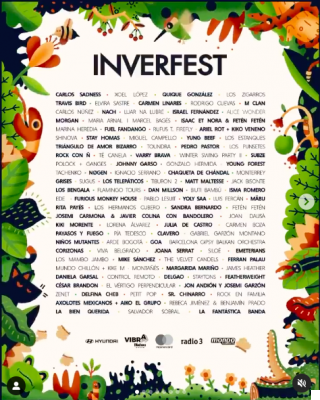 Where is Inverfest 2022 being held?

The concert series Inverfest is held in the city of Madrid, Spain. In addition, from Topfestivals we inform you, as we have told you before, that the concerts are divided into several venues:WiZink Center, Teatro Price, La Riviera or El Sol, among others.

The festival has several venues where it takes place, that is why, from Topfestivals, we bring you a selection of the closest hotels to be able to stay without having to go far away from some of these places:

How to get to Inverfest

To get to the festival, from Topfestivals we propose the following options:

TopFestivals invites you to be aware of everything related to the festival, that's why you should not miss our website as well as the Inverfest website.