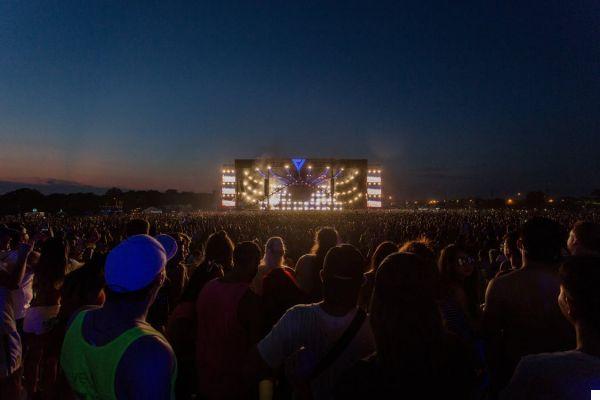 The Porta Ferrada Festival was born in 1958 in the town of Sant Feliu de Guíxols, Girona. This festival is one of the most traditional in Spain, as it is an event that is open to all artistic disciplines(jazz, rock, pop, folk, flamenco...), and has both the participation of established artists and emerging talents of the international and national scene.

The festival has several stages, the EspaiPortwhere you can enjoy the shows overlooking the sea, the Municipal Auditorium Theatre or inside the Churchof the Monastery of Sant Feliu de Guíxols.

In the 2019 edition, the last one that was held normally before the coronavirus crisis, artists such as God Save The Queen, Luz Casal, The Human League, Manuel Carrasco, Beret, Amaia or Melendi, among others, were present.


Porta Ferrada will return to Sant Feliu de Guíxols from July 9, 2022 and will enjoy its concerts until August 13, 2022.

The organization of the festival has postponed some of the performances that were scheduled for 2021, so we know some of the artists who will be present at the next edition of Porta Ferrada. Despite this, the official line-up is not yet available but here we tell you who are the artists who are already known:

When we know the rest of the artists who will be present at the Porta Ferrada 2022 edition we will inform you, as always, from Topfestivales.

Where will Porta Ferrada festival 2022 be held?

Porta Ferrada festival 2022 will be held as in previous editions in the town of Sant Feliu de Guixols, located in the province of Girona. As we have said before the festival takes place in various places as it does not have a single stage, these are: Port Space, the Municipal Auditorium Theatre or inside the church of the Monastery of the municipality itself.

So that you can stay and rest without having to go far away from the venues where the festival takes place Porta Ferrada, from Topfestivales we recommend some of the closest hotels:

And if you want to recharge your batteries enjoying a good meal, we also bring you a selection of the nearest restaurants:

How to get to Porta Ferrada festival

To get to the town of Sant Feliu de Guixols, from Topfestivals we propose the following options:

Tickets for the artists already announced and commented above (Jamie Cullum, Simple Minds and Kool & The Gang) are already available for sale. Tickets from: