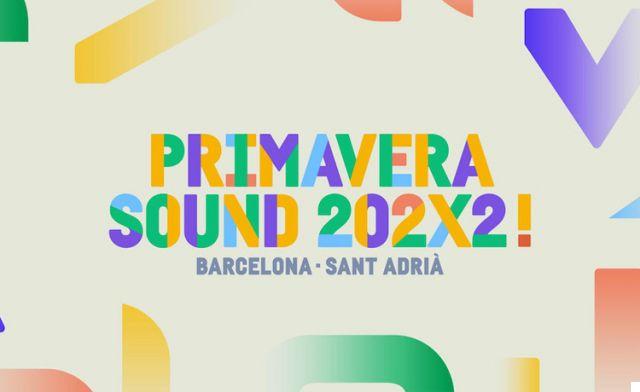 Primavera Sound is part of Barcelona's DNA, it is the most important music festival in the city, where artists from different generations come together with their audience to pay homage to the most alternative music of the moment.

The festival has been held since 2001, but now two years ago we could not enjoy it due to the health crisis of COVID, so this year comes more devastating than ever, stronger and more explosive.

Year after year, the media coverage of Primavera Sound is greater, as the attendance of the public increases and the media, both national and international, want to cover the news, which means that the information spreads faster and faster and that the tickets are sold out faster.

The line up for this year's festival is one of the strongest there has been so far with confirmed artists and groups such as:

Barcelona is one of the cities in Spain that not only welcomes tourism in summer for its wonderful beaches and impressive monuments, but also hosts the biggest music festival in Spain. Barcelona is committed to an alternative culture based on art and new generations.


The Primavera Sound festival will take place in the Parc del Fòrum, an enclosure built in 2004 to host, at that time, the Universal Forum of Cultures and which has now become a symbol of the city, used to host large festivals.

One recommendation, if you come to enjoy Primavera Sound from outside Barcelona, is to stay near the Forum site, as often, due to the large influx of people, public transport could collapse at peak times. Here are some hotels near the Parc del Fòrum.

It is also important to know where to eat near the Forum and to be able to book in advance, because, as we said before, on those dates, near the Primavera Sound area there are rivers of people looking for a place to eat. Here are some of the nearby restaurants:

How to get to the festival

There are several options to get to the Primavera Sound 2022 festival, but our recommendation is that, if you have time, you can arrive to the city a few days before and go to the festival walking calmly, to avoid traffic jams or traffic jams. Here are the different ways to get to the Parc del Fòrum.

Undoubtedly the Primavera Sound 2022 festival is the event that the city of Barcelona was waiting for two years ago, so from TopFestivales.com we recommend you to buy your ticket as soon as possible to make sure you do not run out.