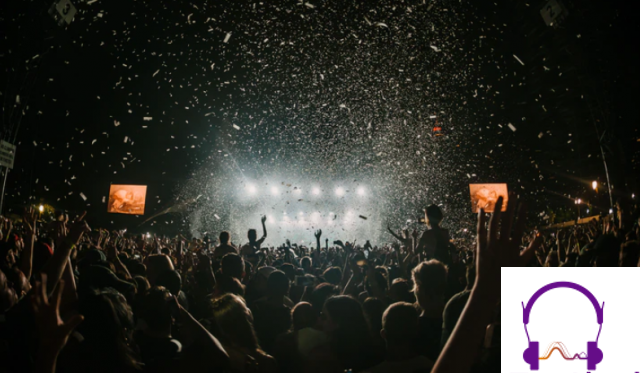 If you want to enjoy the best music without leaving the country, from TopFestivales we invite you to take a look at the best festivals in Galicia. Get ready to vibrate with amazing music gatherings that will make you have a great time ;)

8 festivals in Galicia that you must know

In Galicia you will find some of the best music festivals in Spain with a wide range of music for all kinds of audiences. If you still don't know them and you feel like enjoying the charm of Galicia accompanied by the best music, we invite you to know everything you need to know about the best Galician festivals.

Find out about their style of music, guest artists, activities and, of course, their start and end dates so that you can book those days off to spend a few days enjoying the best music.

Atlantic Fest is one of the most relevant festivals in Galicia of the underground scene, where you can go to listen to emerging artists of the national scene and discover their more than interesting musical proposals.

After the success of this year and after the suspension of the festival in 2020 due to the global pandemic caused by COVID-19, we will enjoy again a wide line-up full of national artists next May. Stay tuned for ticket sales and enjoy the best underground music surrounded by the nature of Vilagarcía de Arousa.

Also known as Festival de Ortigueira, is a date marked in the agenda of all fans of folk music and Celtic culture. It is so successful that it has been growing since 1978, when it was born as a small artisan festival, that nowadays it is a world reference that goes beyond music, being an event where tribes and people of all kinds and origins come together to meet in a free space.


It is held in the town of Ortigueira, which is located to the north of A Coruña and that is completely overturned to accommodate and unforgettable experience to this unique festival and its plural attendees.

This Galician festival is usually held in mid-July, giving rise to the longest in its history and reaffirming its position as a festival declared of international tourist interest.

This Galician festival is usually held in the month of September and has featured such acclaimed Spanish music artists as Coque Malla, the star of this line-up, Nil Moliner and Estrella Morente, among other greats of the Spanish stage.

The O Marisquiño festival is much more than a music festival: it is the biggest Urban Culture and Action Sports event in Southern Europe. It has no less than four World Cups in its Skate, BMX, Dirt Jump and Basket 3x3 activities, having become an unmissable event for the best riders in the world in the second weekend of August every year.

It has been held since 2001, with three days of music and sports competitions in front of the sea, in addition to exhibitions, gastronomic events and the unique atmosphere of the Sea Port of Vigo. For some years now, the festival has also been broadcast live via online streaming, reaching more than 50 countries.

We continue knowing the best festivals in Galicia talking about this great festival that is responsible for promoting the Xacobeo. O Son do Camiño is one of the most outstanding musical events in Galicia and, year after year, it counts with the stellar performance of national and international artists such as Black Eyed Peas and Iggy Pop. Undoubtedly, it is one of those events that you can NOT miss if you want to enjoy a vibrant and exciting festival.

The Resurrection Fest is a date marked every year in the calendar of all lovers of hardcore, metal and extreme music. Since its first edition in 2006, this three-day festival, located in the town of Viveiro, Lugo, has received on its stage names like Parkway Drive, Slipknot and nothing less than the last concert of Slayer in our country.

Almost 100 internationally renowned bands that come to raise the revolutions of music lovers from all over the world.

The Sinsal festival is one of the most original and alternative options for those looking for a different experience. Held on the beautiful island of San Simón, in Pontevedra, Sinsal stands out for having a secret line-up, in which the attendees buy their tickets blindly and only once they are there is it revealed to them which artists will be playing that day.

The tickets fly every year because of the singularity of the proposal, which brings together artists and bands terribly personal and with a very marked character.

Son Rías Baixas is another of the best festivals in Galicia at the moment. It is a good option for fans of reggae, ska and rock and is held at the beginning of August in the town of Bueu, in Pontevedra. The festival offers the option of enjoying the beaches of the area between the performances, which this year have featured names of the stature of Boikot, La Pegatina, Travis Birds, Kase.O and La M.O.D.A. among others.

It has been presented as an event of sustainable character and in favor of equality, fighting to promote and publicize the wealth of the province to all those visitors who come to know Bueu and enjoy the music and the atmosphere.

With this, you already know what are the best music festivals in Galicia. Now you just have to start clearing your agenda, and get ready to be amazed!

The garden of delights ❯