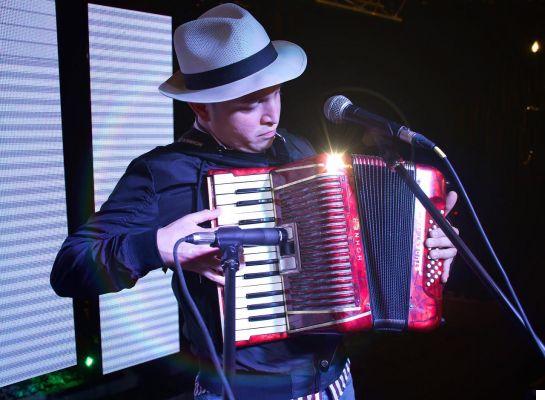 The 10 best Colombian vallenato singers you should listen to

The vallenato is a representative musical genre of Colombia that has successful exponents like the ones we selected in this top. Stay reading until the end to find out who they are.

On the other hand, it is worth mentioning that in 2010 he won a Grammy Award in the category "Best Cumbia/Vallenato Album". He also received gold, silver, platinum and diamond discs.

He has collaborated with artists such as Sebastián Yatra, Shakira, Fonseca, Fanny Lu, Daddy Yankee, among others. Also, we mentioned that he will be one of the singers that will be at the Las Noches Del Botánico Festivalso don't miss him live.

He is the maximum exponent of the so-called "Vallenato Nueva Ola" and debuted in 2002 with an album that had 3 hit singles. "Necesito verte", "Muñeca de porcelana" and "Quién me mandó". "Quién me mandó".

Subsequently, in 2017 he releases his album number 11 titled "Gente Valiente".. To popularize the modern version of vallenato and to celebrate that release he held a concert in Valledupar (Colombia).

Known as "Pipe Pelaez" is a singer with Colombian singer with both Colombian and Venezuelan nationality.. He has not only dabbled in vallenato, but also in other genres such as salsa, merengue, poppop, among others.

He was one of the best Colombian vallenato singers. who was part of the popular group "Binomio de Oro". Later, he launched his solo career in 2000.

Jorge Celedón together with the record label Sony Music has released in 2013. "Celedón sin Fronteras", an album in which he collaborates with artists such as Luis Miguel, Amaia Montero, Marco Antonio Solis, among others., among others.

In addition, we mentioned that he is an excellent composer who has written songs for other vallenato artists and groups such as Martin Elías, Silvestre Dangond, Diomedes Díaz, Los Diablitos del Vallenato and many more soloists or groups.

With his long musical career and awards, this is a great exponent of Colombian vallenato. His album "La Compañía" (The Company) is the most successful of his career, as all the songs were big hits in Colombia.

He has worked with excellent accordionists such as Chiche Martínez, Alfredo Gámez, Gonzálo "Cocha" Molina, Franco Argüelles and Orangel Maestre.

She is known as "The Patroness of Vallenato".. For that reason, we could not close this top without this artist, who has become a great leader of this musical genre.

From her beginnings to the present she has recorded a total of 8 albums and has been the only woman who serenaded "Cacique Diomedes Díaz" with a Vallenato serenade. She has also has sung with Silvestre Dangond..

Finally, some of those best colombian vallenato singers who are no longer among us, but who marked the history of Latin music are: Rafael Orozco, Kaleth Morales, Jorge Oñate. Which is your favorite vallenato singer? Let us know your opinion below in the comments.