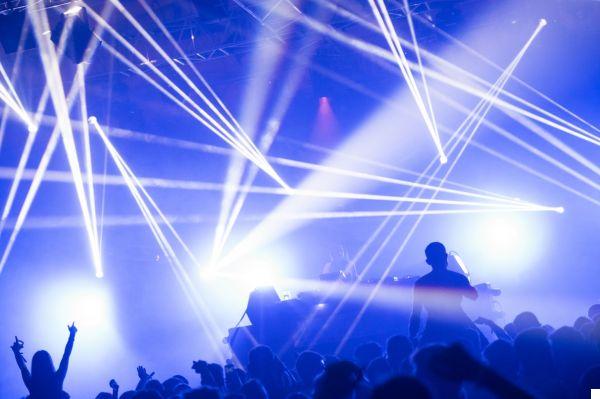 Are you an electronic music lover? Today from Topfestivales we bring you a post without borders where you can find all kinds of styles by the hand of the best electronic music festivals in Europe.

If you love electronic music, Europe is the perfect continent to enjoy it!House, techno, bass, experimental, electro or EDM, it doesn't matter, because Europe has a great taste for dance music and you can find a great variety of styles.


This continent hosts many musical events, and in particular has the best electronic music festivals. Do you want to know them?

Tomorrowland festival is the giant of dance music, the best electronic music festival in Europe. This event is held annually, since 2005, in the town of Boom, Belgium.

This festival, where you can enjoy styles from EDM to Hardstyle, welcomes in each of its editions electronic music lovers from all over the world, bringing together more than 400,000 people.

And you know what? This festival has been crowned as the biggest music festival in the world.


To give you an idea, artists like Dimitri Vegas & Like Mike, Armin van Buuren, Carl Cox, Hardwell, Martin Garrix, Axwell Λ Ingrosso, Afrojack, Alesso, Alok, Bassjackers, Black Coffe or David Guetta, are some of those who have been on the stages of Tomorrowland in past editions.

In Spain, specifically in Barcelona, you can find the Unite With Tomorrowland festival. A festival that connects live with the stages of Tomorrowland in Belgium, being able to move there and enjoy the music they are listening to without having to move.

What music and festival lover has never dreamed of going to Tomorrowland?

Awakenings is a Dutch music festival that has been held since 1997 in a venue just outside the city of Amsterdam. This event is one of the most popular electronic music festivals in Europe and you can enjoy various styles of this genre, although it is true that it focuses its lineup on techno.

The event usually lasts two days in which you can enjoy 48 hours of DJs and live performances. This titan of techno, has in each of its editions with 8 scenarios between which distributes all the artists involved.

To give you an idea, Drumcode, Marco Faraone, Enrico Sangiuliano, Ida Engberg, Amelie Lens, Adam Beyer, Charlotte de Witte, Dixon or Nina Kraviz, are some of the artists who have stepped on the stages of Awakenings in past editions.

And you, did you know or had you heard of this festival before?

In addition, you can enjoy their shows in a unique setting, the amphitheater of St. Michael's Fortress, with stages that are erected in several tunnels even in the moat of the abandoned ruins. The event also holds various boat parties along the Adriatic coast, where festival artists also perform.

To give you an idea, Chase & Status, Goldie, Shy FX, Andy C, Massive Attack, Larry Heard, Ben Klock / Damian Marley or Stormzy, are some of the artists who have been headliners in past editions of the festival.

Boomtown, also known as Boomtown Fair, is a British music festival held since 2009 near Winchester. It is a very diverse and complete option as it combines drum & bass, jungle, dubstep, reagge, ska, garage, house, hip-hop, electro-swing, gypsy-folk and much more.

Specifically it is held in the South Downs National Park in August, and each of its editions is known as a chapter that is told through its sets, actors, alternative reality games etc.. That is, the festival site is divided into several districts and tries to reflect the design of the districts, streets and venues, which are populated by hundreds of actors playing the role of inhabitants.

Billie Eilish, Lewis Capaldi, Taylor Swift, Post Malone, Liam Gallagher, Stormzy, Travis Scott, Camila Cabello, Marshmello or Lana Del Rey, are some of the artists who have been headliners in past editions of the festival.

Do you think it deserves to be among one of the best electronic festivals in Europe? You can tell us your opinion and your favorite in comments ;)

Nuits Sonores is an electronic music festival based in Lyon, France, where it has been held since 2003. In this event that usually takes place in the month of May for five days, you can enjoy the most underground and avant-garde electronic music.

This event occupies different clubs, art galleries, rooftops and abandoned industrial areas of the city of Lyon and takes place, both day and night, shows and concerts of internationally renowned DJs known worldwide.

Four Tet, Jennifer Cardini, Paula Temple, Daniel Avery, Nina Kraviz, Jon Hopkins, The Black Madonna, Laurent Garnier, Ben Klock or Seth Troxler, are some of the artists who have made up past editions of the festival.

In this event you can enjoy the best electronic music and techno, as well as other genres such as metal, hip hop, reggae or punk, among others. It has also been described as one of the biggest music festivals in the world, as each of its editions brings together more than 200,000 people from more than 60 different countries.

So what, do you dare to attend one of the best electronic music festivals in Europe?

Medusa is one of the best electronic music festivals in Spain. Its full name is Medusa Sun Beach and it is held annually, since 2014, in Cullera Beach, in Valencia.

The main theme of Medusa is electronic music, but in its lineup you can also find artists from other genres such as trap or reggaeton. In addition, this festival usually has four stages where it divides its shows and concerts: Queen's Castle (Mainstage), Resonance (Techno Stage), Symphony (Remember Stage), Beach Club.

Medusa, little by little has been gaining enormous popularity in the national population, and has even been recognized also outside the borders, bringing together some 315,000 attendees and lovers of electronic music from almost all parts of the world.

So, if you want to enjoy artists like Dimitri Vegas & Like Mike, Sebastian Ingrosso, Vini Vici, DJ Batiste, Afrojack or Nicky Romero (and many more), do not hesitate to join the next edition of Medusa!

add a comment of Best electronic music festivals in Europe