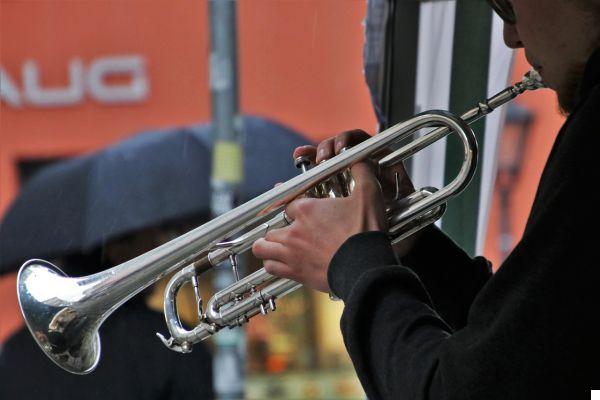 On this occasion, TopFestivales presents you the best Spanish blues singersThe music genre, a musical genre that comes from the spiritual songs and work of the black slaves living in the south of the United States in the 20th century.

The 7 blues singers in Spanish that you must listen to

Although blues is a musical genre sung mainly in English, some artists have also used it in other languages. Therefore, we decided to select the 7 best blues singers, so you can listen to your favorite genre in your own language. This is our selection:

Juan Antonio Ferreira, better known as JAF, is one of the best blues singers in Spanish. Juan Antonio was born in Argentina and is not only an excellent singer, he is also a guitarist of rock and blues guitarist. He was also a member of the band Riff, with whom he recorded the album Riff VII in 1985.


Likewise, 4 years later he launched his solo career with his debut album "Entrar en vos" (Enter into you) and since then released several albums. He has also participated in different music festivals.

Argentina gives us another talented artist, Javier Martinez, who is a composer, drummer and blues rock singer. He founded the band Manal, the first group that composed blues in Spanish in that country. This singer worked on the composition of the band's debut album of the band's debut album; some of the most outstanding songs were "Informe de un día", "Avellana Blues" and "Jugo de tomate frío".

At present, he performs as "Manal Javier Martínez" along with other musicians giving concerts in the interior of the country. And, as a curious fact, this musician managed to obtain a world record for playing drums for 41 and a half hours in 1985.

Mingo Balaguer is a singer from Seville who has managed to become a world record holder for playing drums for 41 and a half hours in 1985. reference of the blues in Spain. His musical career spans more than 3 decades, since it began in 1987; at that time he was part of "Caledonia Blues Band", specifically, for 10 years.

It is also worth mentioning that Balaguer founded the groups "Mingo & The Blues Intruders", "The Blues Blasters" and "The Blues Machine". He is an outstanding blues harmonica player., But, of course, he also sings the blues.

Fito was the composer, guitarist and singer of the blues rock group blues rock band "Platero y Tú"., which was active from the end of the 80's until 2001. Currently, he is the vocalist of the group "Fito & Fitipaldis"., which dabbles in genres such as pop rock, rock and roll and blues rock.

On the other hand, we mention that he has made collaborations with other groups such as "Mingo & The Blues Intruders" and "The Blues Machine". The Flying Rebollos, La Fuga, Loquillo & Trogloditas, Despistaos and Macaco..

He is considered as one of the main blues exponents in Argentina. He led the famous band "Memphis la Blusera". Likewise, Adrián Otero was a poet, sociologist, musician and singer. In addition, he gained international recognition in 1993 with the band's fifth album "Nunca Tuve Tanto Blues".

Later, in 2009, he decided to launch his career as a soloist and managed to release 2 albums, "Imán" and "El Jinete del Blues".. Likewise, throughout his musical career he released 13 projects with the group Memphis la Blusera.

Sadly, his voice died in 2012 after a tragic car accident that took his life. May this brief review serve as a tribute to the great blues singer Adrián Otero.

From Spain, Julián Hernández, one of the most talented Spanish blues singers, captivates us with his voice. He founded the popular band "Siniestro Total"., which incorporates hard rock, punk rock and, of course, blues rock in its music. Julián is the only original member still active in the band.

Although the Spaniard Miguel Ríos was best known years ago as a rock singer, he currently sings a lot of blues and blues music. jazz. His career in music dates back to the 60's, when he was called "Mike Ríos, the King of Twist", his greatest success came with "Himno a la alegría" and its English version, "A Song of Jo'', catapulted him into the international scene..

The best-selling album of this artist is "Rock and Rios". 1982. Miguel has won several awards and distinctions, some of them are: Gold Medal for Merit in Fine Arts, Music Awards of Andalusia, Latin Grammy and Favorite Son of Andalusia.

Finally, we hope you liked our selection, as it was not easy to make it, since the blues is not such a popular genre in Spanish compared to pop and rock. Do you think an artist was missing in this list? Share your thoughts below in the comments box.