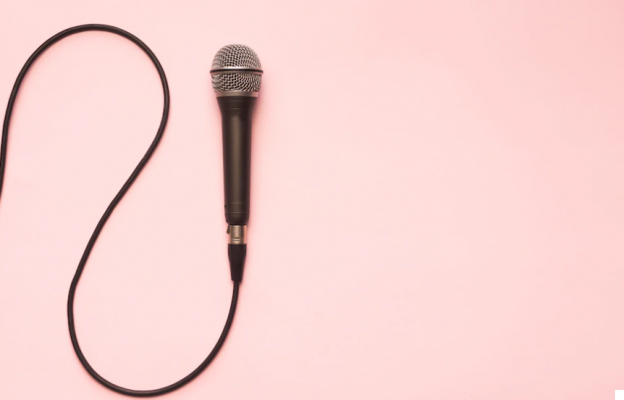 The Spanish hits of the 80's are back in this article from TopFestivals Because we are in remembers with the songs that have marked our culture and that never fail in a good party. Tune in, because a review of the best Spanish pop groups of the 80's awaits you!

The decade of the 80s in Spain was deeply marked by the transition. It was a whole era of political, economic and social change that manifested itself in the musical field with a transgression and freedom of this. And that is what represents the well-known movida madrileña, a movement that developed in Madrid.

For many, the best Spanish pop groups of the 80's are:

Thus, within the music scene of the 80s, Madrid became the capital of Spanish pop. With a proliferation of bands and artists that have made history in all musical styles. Whether it was Spanish rock with bands like Loquillo y los Trogloditas, Ilegales and Celtas Cortos. As well as pop with the famous Spanish pop bands Mecano and Alaska y Dinarama, remember the most remembered songs of Spanish pop!

In Madrid in 1982 was born what was one of the best Spanish pop groups of the 80s. The group achieved total fame in the same decade with a pop, synthpop, new wave and pop rock style. With songs like La funcionaria asesina (1986) and Ni tú ni nadie (1984). Songs that are never missing in a good party. But it is A quién le importa ( 1986) the song of the group that has become a Spanish anthem. The LGBT collective embraced it as an emblem in the 80s. And it was, in fact, the most successful single of Alaska's entire musical career.

Who doesn't remember the famous Hoy no me puedo levantar ( 1981), Me colé en una fiesta (1982) or Hijo de la luna (1986). Mecano's songs are part of our culture, having gone down in the history of Spanish techno pop. And the band, formed by brothers Nacho and José María Cano together with vocalist Ana Torroja, has become one of the best Spanish pop groups of the 80s. After the trio's union in 1981, the group saw an abysmal success not only in Spain, in a decade in which the movida madrileña had a huge impact, rivaling these groups. In Latin America and Europe the songs were very well received.

Another of the 80's groups that have become one of the best Spanish pop groups of the 80's is Radio Futura. A pop rock and alternative rock group that set a trend in Spain. The Madrid band distinguished itself by fusing electronic sounds with Spanish popular music. Thus, they decided to experiment with new sounds and even played Latin rock. As a result, their concert schedule increased and their songs were heard on all the radio stations. Their most popular songs are Veneno en la piel (1990) and Escuela de calor (1984), among others.

Another pop rock and folk pop group that marked the trajectory of Spanish music in the 80's was Duncan Dhu. Originally from San Sebastian, the group began to give live performances in different bars. Until they signed with a record label in Madrid and released their first album in 1985. The trio, formed by Mikel Erentxun, Diego Vasallo and Juanra Viles, started playing with influences from the rockabillies, a subgenre of rock and roll. They released successful songs such as Una calle de París (1987) and El sentido de tu canción (1987). Although at the end of the 80's, Juanra left the trio. They released the album Autobiografía ( 1989) with 30 songs and scheduled a tour of more than 100 concerts in Spain.

Since 1982, the famous Spanish pop rock band Hombres G continues to release songs for their listeners. Although their most popular period in Spain was undoubtedly the 80s. After releasing their first studio album of the same name, which was very well received by young Spaniards. Songs like Devuélveme a mi chica and Venezia became best sellers in the summer of 1985. This led the group, led by David Summers and formed by Rafael Gutiérrez, Daniel Mezquita and Javier Molina, to become a mass trend.

The group Nacha Pop was born out of the movida madrileña, initially formed by cousins Antonio and Nacho García Vega, and Ñete and Carlos Brooking. Although it was formed at the end of the 70s, the group's success was harvested in the 80s. With songs ranging from pop to light rock. Combining the two musical styles and personalities of Antonio and Nacho. The first more sensitive and nostalgic, while the second more lively and energetic. Being the most remembered song La chica de ayer ( 1980).

During the first half of the 1980s, in Spain the group La Mode established itself as one of the best Spanish pop groups of the 80s. Although with a short career of only 5 years, the group released hits such as El eterno femenino (1982), Cita en Hawaii (1982) and Aquella canción de Roxy (1982). The group, led by Fernando Márquez -also called El Zurdo-, was a great exponent of the movida madrileña. With a pop, synthpop and new wave style characteristic of many bands that embraced the movement.

This group will be forever remembered for the hit song Déjame ( 1981). The pop rock band was born in Madrid in 1978 under the name Tos. Until in 1980 they changed their name to the one they still have: Los secretos. Year in which they participated in the concert tribute to Canito, along with the group Nacha Pop, and Alaska y los Pegamoides among others. Their debut album as a new group called Los Secretos was released in 1981. Whose album contains some of the group's best songs. Although in the mid 80's the group decided to orient the pop rock style to country with songs like Buena chica (1987).

Gabinete Caligari is another example of some of the best Spanish pop groups of the 80's that emerged with the movida madrileña. With a pop rock and folk rock style, the group's most famous and emblematic songs are Cuatro rosas (1984) and La culpa fue del cha-cha-cha (1989). Although they found mass popularity with the release of the album Camino Soria (1987), selling more than 250,000 copies.

add a comment from Best Spanish pop groups of the 80's