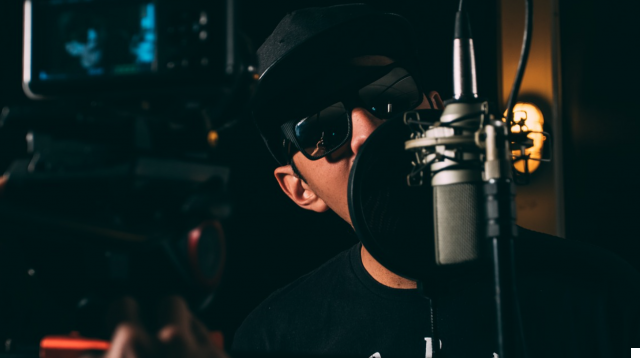 There is a genre that, lately, has been a hit. If you don't know what trap is or you want to know some singers of this musical style, keep reading! Today on TopFestivals we bring you a list of famous trap singers.

Trap is a fairly recent musical genre. It is derived from trap and has its origins in the south of the United States. However, the trappers who are doing it big right now come especially from Spanish-speaking countries.

Current English trap singers focus more on other genres, such as rap or hip hop. For that reason, in this article we will focus on famous trap singers who make trap their main genre and their signature. In this article you will find the men. However,women do trap too!

The famous trap singers we present to you are:

The real name of the rapper Duki is Mauro Ezequiel Lombardo Quiroga. He was born in Argentina in the year 1996 and, since 2016 he has been petándolo in genres such as rap, hip hop and regetón, but he stands out especially for his trap music.


The release of the single"She Don't Give a FO" was what led him to fame and worldwide recognition. As of May 2022, it is a song that continues to rank in the charts in many countries. It wasn't until 2019 that he released a full studio album, but that didn't stop him from being recognized worldwide.

Another famous trap singer is Paulo Ezequiel Londra, better known simply as Paulo Londra. Also born in Argentina, in the year 1998, this trap singer reached the top in the year 2019. Paulo Lonra reached the top when he released his studio album"Homerun", which includes songs like"Adán y Eva","Forever Alone","Tal Vez" or"Por eso vine". The album was a success but, after that, Paulo had to take a break from music.


This was due to a serious legal dispute with the record company he had signed with. Paulo would say that the label swindled him to keep the full rights to his songs. The case was taken to court, which resulted in a pause in Paulo Londra's musical career: he could not release songs until the trial was resolved.

Paulo Londra won the case. This has resulted in, in 2022, Paulo being able to return to music. He marked his comeback with the single "Plan A" which, as of May 2022, has over 97 million plays on Spotify.

One of the most successful famous trap singers today is Spanish, and his name is Antón Álvarez Alfaro. Maybe that name doesn't ring a bell but, if we say C. Tangana, we're sure you've heard him mentioned. C. Tangana started singing with the nickname Crema around 2006. At that time he released his first album, which was called"Agozarein".


The boom for C. Tangana came with the song "Antes de morirme", performed with his ex-partner, the now famous Rosalía. However, it was with his hit"mala mujer" that he made his breakthrough and positioned himself at the top of the charts in Spain and other Spanish-speaking countries.

Since then, C. Tangana has not stopped releasing hits that have sounded wherever we go. He has been a hit in clubs and bars. His latest album is called"El Madrileño" and in it, in addition to the trap that characterizes him, he has integrated other sounds more typical of other musical styles, such as flamenco or bossa nova.

His song"Tú me dejaste de querer", in collaboration with La Húngara and El Niño de Elche, has won up to 8 platinum records.

If we talk about famous trap singers, we can't forget one who is sounding a lot lately. His name is Morad El Khattouti El Horami, better known only as Morad. Morad was born in 1999 in Hospitalet de Llobregat, in Barcelona.

His success came in 2019, when he released a single titled"MDLR". Later he would release his first EP, called"MDLR 2.0", which includes the track A Escondidas, which went platinum.

In 2021 he released two songs that reached the first position in the Spanish charts. The first of them in a session with Argentine producer and DJ Bizarrap, which is session number 47. The other track is titled"Pelele" and has achieved notable fame both on streaming music platforms and social networks such as TikTok.

Undoubtedly, currently, one of the famous trap singers of the Latin panorama, is the Argentine Trueno. His real name is Mateo Palacios Corazzina and he was born in 2002. Despite his youth, he has managed to reach the top of the Latin trap in the international scene, currently with more than 9 million monthly listeners on platforms like Spotify.

He began participating in the so-called Red Bull Battles of Roosters, where he had to improvise. He ended up being national champion of Argentina in 2019. After that, he retired from freestyle to focus on his music career.

In 2020, he released what would be his big hit:"Mamichula", together with Argentine producer and DJ Bizarrap and singer Nicki Nicole. From then on, both singers began a sentimental relationship that lasts until today.

He has collaborated with other artists of the genre such as Wos, Duki, Tiago PZK and Neo Pistea. He has also made collaborations with artists from other genres such as the group Gorillaz.