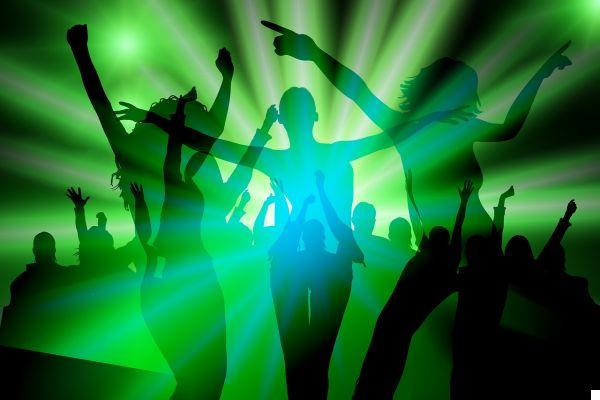 On this occasion, TopFestivals presents the best Soul bands of the 70s and 80s Soul groups of the 70's and 80's. With their voices and incredible rhythms they marked history around the world and are still very popular on streaming platforms.

Without a doubt, you will get a lot of nostalgia from this list about the 10 Soul groups of the 70s and 80s, as it involves the most influential singers of all time. Michael Jackson is one of them, who sang at a very young age in The Jackson 5.

The group Booker T. & the M.G.'s was popular in the 60s and 70s. It was also one of the of the first bands made up of musicians of different races..

They recorded several albums and one of their most successful singles was "Green Onions", known by many as the most popular soul and rock song of all time. In 1992, this group was inducted into the "Rock Hall of Fame"..

The Blue Notes has a wide musical repertoire that includes several musical genres such as the Doo wop, disco and R&B. Some of their hits are: "If You Don't Know Me by Now", "The Love I Lost", "Wake Up Everybody" and "Bad Luck".

The musical style that identifies them is the funk/soul. The band members conquered the public of the 70's and 80's with singles such as "Easy", "Three Times A Lady", "Say Yeah", "Machine Gun", among others.

Likewise, his most notable albums are: Hot On The Tracks, Movin' On and Caught in the Act .. However, it should be noted that the group later turned to soft music.

The group was founded in 1976 and its musical repertoire covers the genres of disco, R&B and genres disco, R&B and, of course, Soul.. The band's discography is extensive and some of their songs have made it to the Billboard Hot 100.

Nile Rodgers & Chic has influenced bands from other genres, among which we can mention Queen and The Sugarhill Gang. The guitarist and founder of the band, Nile Rodgers, produced pop queen Madonna's 1985 album "Like a Virgin".

The J.B.'s was the band of one of the exponents of soul, James Brown, being very popular from the decade of the 70s until the beginning of the 80s. The band recorded several studio albums and collaborated with other artists such as Bobby Byrd and Lyn Collins.

In addition, throughout their musical career the group was renamed several times, Maceo & The Macks, The First Family, The Last Word, James Brown Soul Train, and A.A.B.B.

It is considered one of themost successfulbands inthe history of music, having sold tens of millions of records. The Temptations not only performs music Soul, but also includes other genres such as disco, Doo wop, funk and R&B in their repertoire.

The influence that this group has had on soul music is compared to that of the Beatles in rock and pop. In addition, they are known for their elegant costumes, choreography and impressive harmonies.

They achieved success when they signed to Motown Records in 1966 and some of their most popular singles are: "Friendship Train", "If I Were Your Woman" and "Nitty Gritty". Throughout their career they won Grammy and American Music Awards.

This band in its beginnings was integrated by Merald "Bubba" Knight, Brenda Knight, William Guest, Eleanor and Gladys Knight, who were very famous artists at the time.

The group The Emotions was formed by 3 sisters, Jeanette, Wanda and Sheila Hutchinson. They were characterized by performing the smooth soul and disco music genre, in fact, they recorded several successful albums.

Some of the band's most popular singles were. "So I Can Love You", "Best of My Love'', "Boogie Wonderland" and "All Things Come in Time.". In 1986 the group disbanded and each of the members began their solo careers.

Another soul group of the 70's and 80's is Kool & the Gang. They ventured into funk, R&B, Jazz and disco. Their album "Wild and Peaceful". gained recognition and the singles that were most popular were "Hollywood Swinging" and "Jungle Boogie".

This group achieved greater success during the 80's, as some of their songs topped the most important music charts of that time. Do you like classic Soul? You must hear this band live.

When the famous singer Michael Jackson was just a child he debuted with The Jackson 5, a Soul band that marked the hearts of many young people in the 70s and 80s.

"I Want You Back" is one of the songs in which we can enjoy the eldest children of Katherine Jackson and Joseph Jackson. Their song "Blame It On The Boogie". has more than 70 million views on YouTube.

With touches of rock and disco most Soul bands of the 70's and 80's are composed. In fact, some of the bands years later switched almost completely to disco, but that did not stop them from being listened to by their most loyal fans all over the planet.