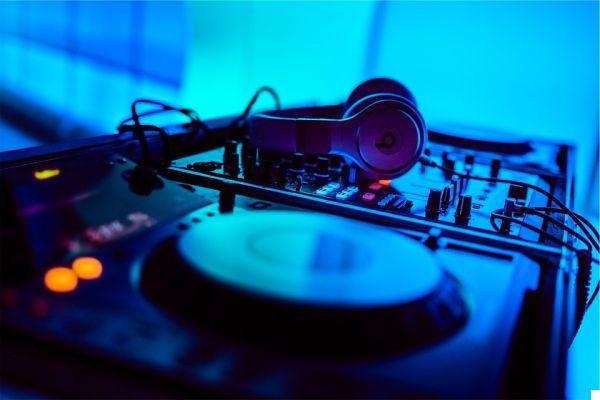 Do you love to party, or do you like to throw your own parties at home? Maybe you're looking for a new sound to accompany you in the mornings or evenings. Whatever your case, read on! Because from TopFestivales we bring you a selection of the best DJs in Argentina, don't miss them!

When we think of the most famous DJs of the moment, we always think of European or American names. But what about the rest of the world?

To broaden our musical horizons a bit, here are the six best DJs from Argentina on the current music scene.

The best DJs in Argentina are:

Find out more about them below!

DJ Hernán Cattáneo is the most veteran of the list. This DJ and producer, born in Buenos Aires, has been in the business since 1983. He is especially dedicated to mixing House music.


His fame began to grow in the early 2000s. In 2004, to present his album "Renaissance", he went on a world tour. Since then there has been no stopping him, as he became the best known Hispanic-American DJ in the world.

Also in 2004, Hernan began collaborating with the Latin American edition of Rolling Stone music magazine. The following year, in 2005, he was at the Coachella festival.

In 2018, he was awarded the prize for best progressive House DJ by the DJ Awards in Ibiza.

Undoubtedly, one of the best DJs in Argentina at the moment is Gonzalo Julián Conde. He is the 23 year-old behind the name Bizarrap. Active since 2017, this DJ and producer already boasts incredible fame worldwide.


The main genre he produces is reggaeton, rap and Latin trap. In 2021 he was nominated for four Latin Grammy Awards. He has won a Filo News award, as well as two Carlos Gardel awards.

He currently has more than 15 million monthly listeners on the streaming platform Spotify.

In 2019 he released the first of his "Music Sessions". In these, Bizarrap collaborates with another artist to make an unreleased song. Since then, he already adds up to 48 volumes.

To make these Music Sessions, he has already collaborated with artists such as Niki Nicole, Trueno, Duki, Nathy Peluso, Nicky Jam or Anuel AA. Some of them have gone platinum in different Spanish-speaking countries.

AlcaZone, also known as simply Zone, is an Argentine DJ and producer. He is only 22 years old but at a very young age he started creating beats for Red Bull's Battles of Roosters.

His introduction was in 2016 and, since then, he has been at the top in this field. It was thanks to Dtoke, an Argentinian freestyler, that Zone was able to start making a name for himself in the industry.

Zone won the Best DJ award at the Freestyle Master Awards in 2020. He is especially dedicated to mixing freestyle and rap.

Stuart is another of the best DJs in Argentina. It is quite an achievement on his part that he is respected both by the popular public and by those more alternative sectors. He mainly plays hip-hop. Within this genre, he has surrounded himself with artists such as M.I.A., Diplo or Beastie Boys.

He has made remixes for big bands like Coldplay or Simply Red. He is also the official producer of the beats used in the Red Bull Batalla de los Gallos.

He was recognized in 2006 as one of the best music producers, as he was included in the top 5 producers of Rolling Stone music magazine.

Jona Mix is another of the best Argentinean DJs of the current scene. Most of his listeners are concentrated in Argentina and Uruguay. He has more than one million six hundred thousand monthly listeners on the streaming music platform Spotify.

He mixes especially reggaeton and has made remixes for well-known songs of this genre. Among them are "Cosas Malas", "Es un secreto" or "Acaramelao".

His songs have reached the Top 50 of the most listened songs in Argentina. We can also find him in Argentina's summer charts.

DJ Alex, besides being a producer, is another of the best DJs in Argentina at the moment. Mainly listened to in Argentina, Uruguay and Chile, he already has more than 1.5 million monthly listeners on Spotify.

He has made successful remixes for songs like "Sembrando el Terror", but also has his own productions like "Clandestina 420". He is especially dedicated to mixing reggaeton and cumbia, as well as rap.

He has been included in the summer charts in Argentina. He can also be found in the playlist of L-Gante's most popular tracks.

In TopFestivals we have presented you the six best DJs from Argentina of the current scene. Can you think of any other name? Do you dare to listen to any of them? Tell us about it in the comments! We read you.