Who I am
Lluís Enric Mayans
@lluísenricmayans
EXTERNAL REFERENCES: 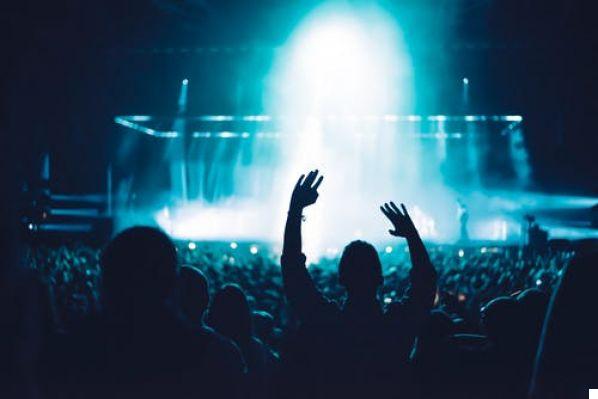 If you are passionate about music and festivals and you want to enjoy them without leaving the country, today in Topfestivales we push you to know the best festivals in Zaragoza. Get ready because it starts now!

8 festivals in Zaragoza that we invite you to discover

Among all the music festivals held in Zaragoza you will find a wide range of musical genres that will leave nothing to be desired. Below, we bring you a selection of the best festivals in Zaragoza so you can know all the details and artists, and you can choose one of them. Let's start!

Psych Fest is a music festival held in Zaragoza, specifically in the Parque Grande of Zaragoza. In this festival you can enjoy one of the most daring styles of rock, psychedelia, as well as garage. Its first edition was held in 2013, and since then it has done nothing but recruit the best artists, national and international, of these genres.

Some artists who have performed at this festi are: Califato 3/4, Rufus T. Firefly, My Expansive Awareness and Sweet Drinkz dj.

Zhe Lab, more than a festival, is a concert tour held in Zaragoza, among others. Its main venue during its first editions was the Caesaraugusta Theatre in Zaragoza, but its last edition moved to the Antiguo Casino Mercantil.

In this event you can enjoy a long session of electronic music with name artists such asThe Dirty Playerz, Jana La Fontaine and Alex MD, who were the headliners of 2019.

FIZ, short for Festival Independiente de Zaragoza, is a music festival that includes all styles of independent music. In December 2021 it celebrates its 20th edition in the Multipurpose Hall of the Auditorium of Zaragoza.

This festival is one of the leading indie music festivals nationwide. In addition, the organization of the festival has already confirmed the artists that will make up this edition: Dorian, La Casa Azul, Carolina Durante, Ojete Calor, Cariño and Eleven. Also

Don't think twice and if you like to discover new artists and styles of the independent genre, get to know this music festival in Zaragoza!

SLAP is one of the best festivals in Zaragoza and the event that welcomes more people than anywhere else in the world. It has been held since 2009 and hosts a wide variety of styles, highlighting the so-called black music, as well as many other types of urban music.

In this event you can also enjoy other areas such as foodtrucks, swimming pool and activities for the little ones for families.

Some artists who have passed through its stage are: Novedades Carminha, Delaporte, Mediapunta, Raúl Monsalve y Los Forajidos and Ms Von Disko.

Polifonik Sound is another of the most important independent music festivals in Aragon . This festival instead of being held in the capital itself, is held in Barbastro, in Huesca.

Artists like Zahara, Second, Carolina Durante, Viva Suecia, Cupido, Marlango, Koel, Sidonie Djs, Camellos or JA Dj are some of those who enjoyed with their music to the attendees of this festival.

The Pirineos Sur festival is a festival of music, but also of culture, as it also includes workshops, world markets, parades and much more.

This event is held in the town of Lanuza, in Huesca, and the musical genres vary from flamenco to reggae, salsa, hip hop, folk and jazz. International and national artists such as Carlinhos Brown, Bunbury, Orishas, Alpha Blondy, Antonio Carmona, Macaco, José Mercé and Ojos de Brujo have performed there.

The Amante is a music festival held in the town of Borja, in Zaragoza. Here you can enjoy a multitude of different genres such as indie, pop and rock. The event also has other activities such as exhibitions, gastronomy, wine and children's activities.

This festival has few editions, since it was born in 2017, so it is a young festival, although it has achieved a lot of popularity. In past editions it has featured artists such as Dorian, Carlos Sadness, Viva Suecia, Los Secretos, Celtas Cortos or Sidonie.

We finish this review of the best festivals in Zaragoza with the Retina festival, which is perhaps one of the most different and original festivals of this post, as it aims tounite music and film. Moreover, it is a practically newcomer event, as it started in 2018.

Retina explores the possibilities of creating live music and film . In it its participants, its musicians, must put music to a film projection, developing a soundtrack for it.

From Topfestivales we encourage you to get to know this kind of festivals, as they are a different opportunity to experience music, and to observe how artists leave the typical ways of creating musical content to face composing on the images themselves.