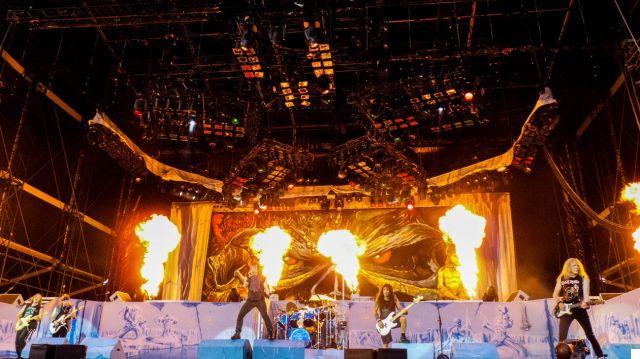 Do you like the hard-hitting and daring genres? Then heavy metal is for you. So that you can learn and enjoy this musical style to the fullest, today on Topfestivals we bring you a selection of the best metal festivals in Europe.

8 metal festivals in Europe not to be missed

Metal is one of the hardest styles of rock, as its sounds are much harder than others. If you like to sway your head to the rhythm of the music and you are a real metalhead, let yourself go in the following metal festivals that we propose from Topfestivales.

Wacken Open Air is a heavy metal festival held annually since 1990 in a town called Wacken, located in the town of Schleswig-Holstein in Germany.

In this festival you can enjoy absolutely all styles of heavy rock and metal, as it is one of the largest festivals in Germany and the world, touching the 85,000 attendees.


Its edition planned for 2020 could not be carried out due to the sanitary conditions of the pandemic, but in other editions have been present artists such as: Scorpions, Crematory, Dark Funeral, Demons & Wizards, Avatar, Airbourne or All Hail The Yeti, among many others.

Wacken Open Air will be back in full force during the weekend of August 4-6, 2022.

Hellfest is another one of the best metal festivals in Europe and has been held annually since 2006 in Clisson, France. At this festival you can enjoy the best artists from all styles of rock, metal and hardcore.

Resurrection Fest is a music festival that has been held annually since 2016 in the town of Viveiro, province of Lugo. It is also known as "El Resu", and its lineup is focused on the genres of metal, punk and hardcore, the perfect festival for rock fans.

Bad Religion, NOFX, Motörhead, Scorpions, At the Gates, Down or Iron Maiden are some of the more than 300 bands that have played at the festival.

Resurrection Fest will return from June 29th to July 3rd 2022 to rock Viveiro with the best of the rock genre.

Bloodstock is a music festival where you can enjoy all styles of rock, such as heavy metal, extreme metal and hard rock. This event has been held annually since 2005 in Walton-on-Trent, Derbyshire, England. In its beginnings it only had one stage, but after several editions and its success, it has incorporated a second one.

In its last edition, held in 2019, its attendees were able to enjoy national and international artists and bands such as: Scorpions, Dee Snider, Hipocrisy, Soilwork, Aborted or Anthrax, among many others.

The next edition of Bloodstock Open Air will be held from 11th to 14th August 2022.

Download Festival is another of the top metal festivals in Europe where you can enjoy the best artists and bands of hard rock. The main venue of this festival is Donington Park, located in Leicestershire, England, although it has also moved to other cities such as Sydney, Melbourne and Paris.

In the edition scheduled for 2022, the festival will feature performances by the following artists and groups (already confirmed on the festival's line-up): Iron Maiden, Kiss, Biffy Clyro, Deftones, Korn, Rise Against, The Pretty Reckless, Megadeath, Steel Panther, The Darkness and The Distillers, among many others.

Obscene Extreme Fest is a music festival held every year in the Czech Republic. It focuses on the rock genre, specifically in the subgenres of extreme metal, grindcore and death metal.

Internationally known bands like Napalm Death, Possessed, Immolation, Exhumed, Asphyx, Morgoth, Brujeria, Sinister, Nuclear Assault, Hirax, Vital Remains, Eyehategod, Krisiun or Municipal Waste are some of the many that have passed through this festival.

Obscene Extreme Fest will return to celebrate its next edition, after not being able to celebrate the previous one, from July 13th to 17th, 2022.

Midgardsblot is a music festival held annually since 2015 in Borre, Norway, specifically in a museum of a former Viking settlement. This festival focuses on folk music and extreme metal.

Internationally known bands like Wardruna, Northumbria, Mydynralde, Taake, Arkona, Mylkur Folkensange, Eivor or Primordial, are some of those who have been present in the last edition.

The next edition of Midgardsblot will be held from August 17th to 21st, 2022.

Brutal Assault is a music festival that takes place in an 18th century army fortress that is located in Jaroměř, Czech Republic. Therefore, in this festival you will be able to listen to the best extreme heavy metal in the open air in a quite original and different place from the rest. The festival that in 2006 had only about 7000 attendees, in 2012 managed to exceed 15,000, so it is becoming more and more famous festival where more and more people come.

Anthrax, Carcass, Decapitated, Emperor, Napalm Death & Messhugah were some of the main bands that were present in its last edition held in 2019.

Brutal Assault will once again rumble with the most extreme rock genres from August 9-13, 2022.

add a comment from Best metal festivals in Europe