Best music festivals in the USA 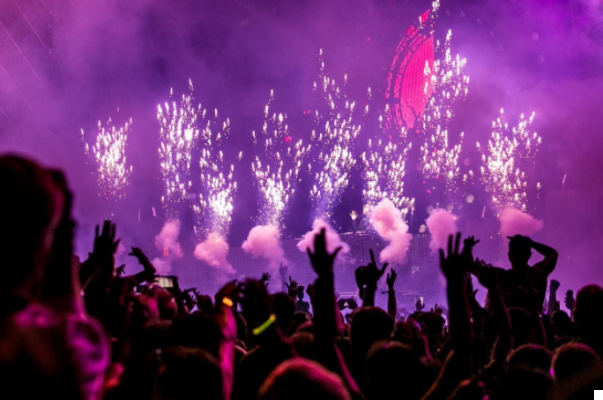 The United States is one of the most powerful world powers in the world and this aspect has repercussions in all its angles, also in its festivals. This country, apart from having a very powerful music industry that covers a large part of the global market, has an endless number of festivals where the best international music stars gather.

And although for geographical and economic reasons it is difficult to attend them, in this TopFestivals article we are going to show you the best music festivals in the USA.

The USA is home to the biggest shows in the world: from the elegant and popular awards galas like the Oscars to concerts of the most famous and appreciated artists in the world. And of course, the U.S. is no slouch when it comes to festivals. Therefore, we are going to show you some of them.

It is also important to clarify that for this list we have tried to include festivals based on different musical genres and, in this way, to achieve a stylistic diversity that can interest as many people as possible. Without further ado, let's take a look at the 6 best music festivals in the United States.

If we talk about the best music festivals in the USA, it is very likely that the first name that comes to mind is Coachella. This festival takes place for three days at the end of April in California, in a valley with the same name as the festival, located in the Colorado desert.

This festival began to be held in October 1999 and, little by little, it gained popularity until it became one of the most important festivals in the world. It brings together from the biggest stars of pop and electronic music to emerging singers and more alternative styles such asindie rock or hip-hop.

This festival has taken on such an identity of its own that there is an aesthetic associated with it. That is to say, the attendees who come to Coachella every spring choose risky looks (bright makeup, XL hats...). Let's say that apart from a musical event, nowadays it can also be considered a fashion and society event.

Another element that has favored the popularity of Coachella is the number of influencers and celebrities who attend as guests, since thanks to the videos and photos they share on their social networks of the festival, thousands of people have known of its existence.

Lollapalooza is a music festival held in August in Chicago since 1991. Lollapalooza originally consisted mainly of rock and punk bands, but over the years it has evolved and adapted to the most cutting-edge musical styles of each era.

Thus, today you can find the biggest pop stars, but also emerging rock bands or indie singers. Let's say that the huge number of stages that make up the Lollapalooza allow the musical variety is very wide.

Another curiosity of this festival is that since 2011 it can also be found outside the United States. That is, in that year a version of Lollapalooza was created in Santiago (Chile) and since then it has spread to other countries such as Brazil, Argentina or Germany.


The transcendence of this festival in contemporary popular culture is so remarkable that references to Lollapalooza have appeared in international series such as The Simpsons or South Park.

The fest is another of the best music festivals in the USA; a musical event that has been held in Gainesville, Florida, since 2002. This festival, unlike the previous ones, focuses on a specific musical genre: rock. That is why in its line-up it is easy to find well-known punk, ska, hardcore punk or metal bands.

Being focused on such a specific style of music and betting on a less conventional and commercial format, this festival is not as famous as the previous ones. But if you like hard rock and heavy, this festival is ideal for you.

This festival originating in Las Vegas is, without a doubt, one of the great musical events in the United States that has been held since 1997. The Electric Daisy Carnival line-up is mainly composed of DJs, as this festival is all about electronic music (House, Dance, Electro, drum and bass, Techno, Hard dance...).

Another feature that characterizes this festival is the impressive display of lighting and pyrotechnics. Apart from the huge main stage, in the area where the Electric Daisy Carnival takes place you can find large sculptures formed by thousands of colored bulbs and various attractions.

As we have already said, this festival originated in Las Vegas, and this charismatic city marked its personality for life. But due to its success, the Electric Daisy Carnival has moved to different cities in the USA.

The Ultra Music Festival and Winter Music Conference, also known simply as Ultra, is another of the best music festivals in the USA that arouses more expectation. It brings together the best DJs in the world on the last weekend of March.

And in addition to bringing together the most famous DJs, this festival also holds an awards ceremony by the Winter Music Conference (WMC). For this reason, this festival is even more relevant among the followers of electronic music.

This festival takes place in Michigan at the beginning of summer at the Double JJ Resort. Despite its short trajectory, it has only been held since 2008, this festival has achieved a more than worthy notoriety in the United States.

It fuses DJ performances with more indie bands. But it is clear that the biggest attraction of this festival is the environment in which it takes place: a forest illuminated by projections and colored lights. Just for the charm that is generated between the lighting and the music is worth going to the Electric Forest Festival.

And with this, we finish this review of the best music festivals in the U.S. Which one do you choose?;)

add a comment from Best music festivals in the USA