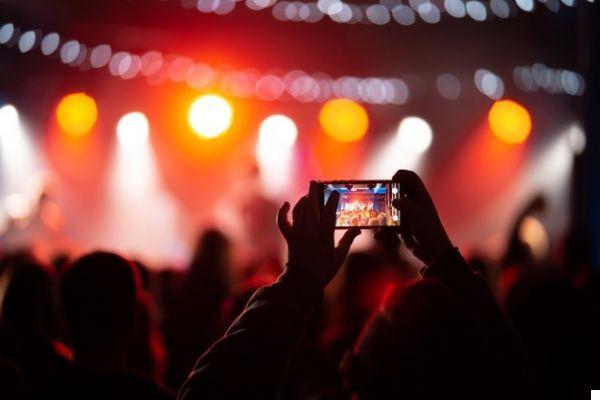 One of the best ways to attend concerts of your favorite artists is by going to a festival. These cultural events usually bring together singers and music groups with similar styles so that in a couple of days you can attend a lot of concerts.

In order for you to find the festival that best suits your tastes, in this TopFestivals article we are going to see the best music festivals in the Valencian Community.

The Valencian Community is one of the main tourist destinations in Spain. Millions of tourists choose these Levantine lands to enjoy their vacations. The extensive and atmospheric beaches, the good weather or the beauty of towns like Valencia, Altea or Peñíscola may be some of the reasons why so many people decide to visit this Spanish region.

But, in addition, the Valencian community has another very powerful attraction, the festivals, which are usually located especially in spring and summer. So, if you are planning to travel to this area, pay attention because we are going to review the best music festivals in the Valencian Community.

The Benicasim International Festival, the FIB, has been held in this town in the province of Castellón since 1995. It began celebrating the first weekend of August, but as in those dates it concentrates an enormous agglomeration of people it was moved to the middle of July.

The style of the festival is based on the eclecticism of styles, as they usually perform groups and performers of different musical genres: pop, rock, indie, electronic... This festival also has a very interesting balance between big stars with more commercials that headline the posters of this musical event and emerging artists who are just starting their professional career.

The Benicasim International Festival is one of the most recognized musical events in Spain and perhaps, the one with the greatest international projection, since in its 25 years of life have performed musicians of worldwide popularity such as Amy Winehouse, Pixies, Morrissey, Lana del Rey... The recognition outside Spain of this festival is such that in 2007 47% of the tickets sold were destined to foreign tourists.

The Arenal Sound is another of the music festivals in the Valencian Community. This festival has been held since 2010 in the first week of August on a beach in Burriana, Castellón.

This is a festival oriented to a young audience and brings together renowned artists from different musical genres: pop, rap, reggaeton, trap... let's say that it is not in a particular musical style, but sticks to the music that is trending in each year.

One of the advantages of this festival is that it is held on the beach . In addition to making the experience more fun, it gives you the chance to swim during the hottest times of the day.

Without a doubt, the Rototom Sunsplash has to appear on any list of the best music festivals in the Valencian Community. This festival was created in 1994 in the Italian province of Pordenone. But in 2009, the organization of this festival announced that it was going to move its location due to a harassment campaign they suffered by a segment of the Italian authorities. Finally, the destination of Rototom was Benicasim, where it has been held in mid-August since 2010.

The Rototom Sunsplash is focused on reggae music, and within this musical style has become an international reference event. So much so that in 2010 it received the recognition and sponsorship of UNESCO as a Flagship Event of the International Decade for a Culture of Peace and Nonviolence.

The Medusa Sunbeach Festival could not be missing in this review of the best music festivals in the Valencian Community. It has been held on the beach of Cullera, Valencia, in mid-August since 2014. But despite its short trajectory, the Medusa, as it is colloquially called, has gained enormous popularity.

This festival is focused on electronic music, in fact, it is a reference within these musical genres. And one of the advantages of Medusa is its good organization, as it divides the performances into four stages and in each of them DJs specialized in a style of electronic music perform.

In previous editions, they have presented a main stage, a Remember stage, a Hardcore stage and a Techno Stage. In this way, different environments with different rhythms are created so that all attendees feel at ease.

Also, the Medusa Sunbeach Festival presents a theme and according to it they decorate the main stage and set the different spaces. Some of the themes they have chosen in previous editions are the ocean, Greek mythology, Jungle Carnival or Circus of Madness.

The Benidorm Fest is another of the music festivals in the Valencian Community and, perhaps, it is the oldest festival and at the same time the most innovative. This is because the Benidorm Fest as it is conceived today appeared in 2021 at the initiative of RTVE, the Generalitat Valenciana and the city council of Benidorm.

But at the same time, the idea of this festival has its origin in a similar one that was held in the same town, the Benidorm International Song Festival.

It began to be held in 1959 inspired by the festival of San Remo. In it multiple artists performed and each one presented a song in the hope that it would be selected as the best of that year. But, although it enjoyed great popularity during the 60's, 70's and 80's, it was discontinued in 2006.

The great peculiarity of the Benidorm Fest is that it has been redesigned to choose the song that will represent Spain at Eurovision. Through two semifinal galas and a final to be held in January, the representative of Spain at Eurovision will be chosen taking into account the votes of the public and the assessments of a professional jury in equal parts.

But, in addition, the city of Benidorm has another festival held at the end of July, the Low Festival, where mainly pop and indie singers perform.

add a comment from Best Music Festivals in the Valencian Community