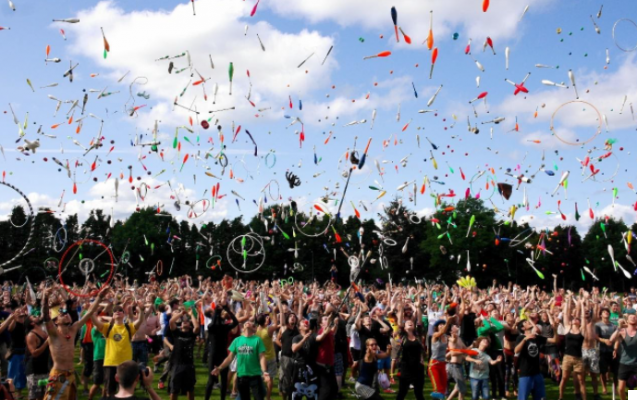 Discover the best trance music festivals in the world! An experience that everyone should try at least once in a lifetime are festivals. At these great musical events, apart from attending unique concerts of an infinite number of artists, you can meet many people from different parts of the world.

Moreover, nowadays there are festivals dedicated to all musical genres and you are sure to find one that suits your tastes. But in this TopFestivals article we are going to focus on the best trance music festivals that currently exist. You will be amazed ;)

The 8 best trance music festivals in the world

Trance is a type of electronic music based on a tempo of between 125 and 140 BPM with the addition of short melodic synthesizer phrases and a musical structure that goes up and down in intensity during each composition.

The best trance festivals are:

Also, this genre is usually accompanied by the search for sensorial and perceptive experiences . For this reason, spaces dedicated to trance music are usually decorated with colorful psychedelic prints and light resources. If you are attracted to this musical style, pay attention because we are going to present you the 8 best trance music festivals in the world.

A State of Trance Festival

This festival was born from the homonymous radio program. That is, in the Netherlands, around 2001 a radio program called A State of Trance started to be broadcasted. It was presented by DJ and producer Armin van Buuren, and as a team to DJs Ruben de Ronde and Ferry Corsten. The idea of this program was to create a space in which to listen to trance music and other electronic styles.

The success of this radio program was such that years later the A State of Trance Festival was created. One of the peculiarities of this musical event is that it does not have a fixed venue. That is to say, although it was born in the Netherlands, the festival travels around the world.

Boom is another of the best trance music festivals in the world, no doubt about it! One of the most emblematic trance music festivals held every summer since 1997 in Portugal. One of the great advantages is the location of this event, as it takes place at the Idanha-A-Nova Lake . This place consists of green spaces full of nature and a small lake where you can cool off or simply enjoy the scenery.


In addition, the Boom has an ideal decoration for a trance music festival (huge and colorful tents, statues emulating different elements of nature ...). The interest of the Boom festival also lies in the camping space. The event itself already offers tents set up so you don't have to travel with it, and they also have a caravan area.

All these facilities to be able to stay at the festival produce that thousands of people choose this option and create an unbeatable atmosphere.

The Ozora Festival is an unmissable event for trance music lovers and has been held in the Hungarian city of the same name since 2004. It began as an event with a low attendance, but over the years has increased its popularity to become one of the leading trance festivals in Europe.

One of the features that best defines this festival is its psychedelic character, as the whole atmosphere of the festival revolves around that style. The Ozora festival is very similar to Boom, but the influx and international projection is greater.

The Transmission Festival is another of the best trance music festivals. It was held for the first time in Prague (Czech Republic) in February 2006. The idea of this event was to create a space where to enjoy techno music for a couple of days and to make trance known.


During the first years, the official venue remained in the Czech Republic, but from 2014 this festival traveled to other countries around the world such as Slovakia, Australia, Thailand or China. Transmission festival is also known worldwide for the light and laser show it performs. Techno music is usually always accompanied by a highly developed staging, but the light shows of this festival are already another level.

The Psychedelic Circus Open Air is a techno music festival that has been held for years in the German town of Göhlen. One of the most attractive aspects of this musical event is that it perfectly fuses the psychedelic current of electronic music and all the mysticism that surrounds it with the traditional circus culture. And the truth is that these two universes at first glance so different fit together very well.

In addition, in this festival you will not only find music shows and DJs. To achieve an atmosphere more similar to that of a circus, the Psychedelic Circus Open Air includes theatrical performances such as acrobats, jugglers, dancers...

This festival has been held for years in Eldena, Germany during the month of August. The Indian Spirit also focuses on the more psychedelic current of electronic music, although they add a style that emulates the traditional culture of India.

The grounds on which this festival is set are surrounded by forests and meadows, and this beauty that surrounds the Indian Spirit adds to its appeal. And apart from the musical offerings, at Indian Spirit you will also find various workshops based on Indian relaxation and meditation techniques.

New Horizons is a world-renowned music event that has been held for years at the Nurburgring, Germany. It has a central stage that is decorated in a different and surprising way every year.

And another of the advantages offered by the New Horizons according to its attendees is the gastronomic offer available. In this festival there are many fast food caravans that suit all tastes.

We finish this review of the best trance music festivals with Electronic Family. This festival is held in the Netherlands and, edition after edition, has been increasing its popularity. One of the peculiarities of this festival is that it does not focus only on trance music, but also hires DJs from other branches of techno music.

In addition, the Electronic Family offers a more conventional festival. That is to say, other festivals that we have presented in this list are based on the psychedelic and spiritual current, on the other hand, this festival guarantees the fun of its attendees with parties until the wee hours of the morning.

add a comment of Best trance music festivals in the world