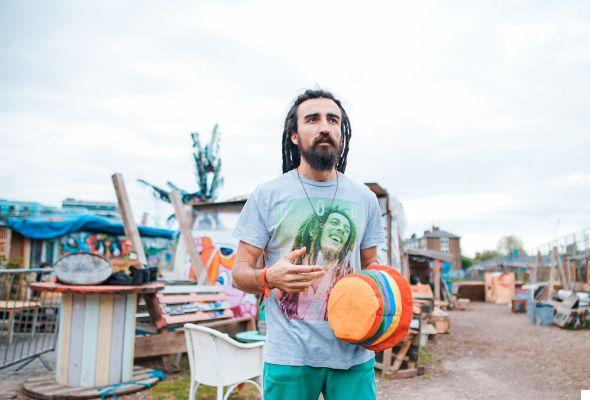 On this occasion, TopFestivales recommends you the best reggae music festivals in America.Would you like to find out what they are? Stay with us until the end, because maybe there are some events of this type that you don't know yet.

The 8 best reggae music festivals in America that you must know.

Jamaica's emblematic music has reached every corner of the planet where hundreds of people sing and have a lifestyle typical of the Rastafarian movement. That's why, this time we bring you the 8 best reggae music festivals in America..

Would you like to attend? Below is the link to the Facebook page so you can keep an eye out for information about the next event, don't miss it!

Distrito Zion Fest is one of the reggae festivals largest in Latin America and has 3 editions. It is held in Mexico City and is one of the most important events of this genre in the Aztec country.

Some of the artists/groups that have delighted the public with their talent are: Alborosie, Inner Circle, Golden Ganga, Movimiento Original and Nonpalidece.. Also, you should know that its first edition was held on October 22, 2016 and managed to have the attendance of 12,000 people.

From Mexico we go to Chile to get to know the Natural Reggae Fest. This is an event for all audiences totally free of charge and that has more than 10 editions editions behind it.

The stage has featured artists and. International as well as national groups, Papa Michigan, Mañana me Chanto, Jahricio, Tiano Bless and Cresposalem. Likewise, we mention that in its 2017 edition it had an attendance of more than 15,000 people.

Reggae in the Desert

There, attendees will be able enjoy 10 hours to connect with the artists and have an incredible time in the company of their friends or reggae followers from various nations. In addition, as mentioned above, the public will be able to enjoy a variety ofCaribbean food and handcrafted items offered by various vendors.

The festival is dedicated to the preservation and New York's Cayuga Lake Conservancy, where the locals through the event seek to raise awareness about respect for nature.

Mykal Rose, Double Tiger, Giant Panda, Guerrilla Squad and Sly & Robbie are just some of the exponents of the reggae genre reggae genre who have played on its stages. It is also a non-profit event that, in addition to good music, offers local crafts and original Caribbean food.

The Montreal Reggae Festival takes place in the old Port of Montreal, Canada, and had its first edition in 2004. It was founded by Eric Blagrove and you should know that the event has a duration of 3 days.

These are some of the exponents of the genre that have been part of the line-up: Maxi Priest, Percy Sledge, Demarco, Marcia Griffiths I-Octane and Sean Paul. This is also one of the largest festivals in Canada and one of the most important in the world. has had an average attendance of 30,000 people.

We travel now to Argentina to know another of the best reggae music festivals in America. This event takes place in Quilmes (province of Buenos Aires) and it features national artists such as the popular band NonpalideceThe reggae music has taken its music to other corners of Latin America.

We also mentioned "Mama Gaia" and "Panal Reggae", so if you are planning to visit the city of Buenos Aires very soon, go when the festival takes place, to take advantage of it and listen to high quality reggae live.

In its beginnings, the festival only lasted one day, but given the good receptivity, the founder of the event Vaughn Carrick, owner of "Live Nite Events" (a company that has organized different festivals), decided to expand the Reggae Rise Up to 4 days, reaching an attendance of 15,000 people.

Attendees will be able to enjoy the best reggae bandsas well as arts and crafts, drinks, food and interactive activities. The venue for an amazing time is Tampa, Florida. Also, we inform you that the organizer of the event also decided to hold it in Las Vegas.

The syncopated guitar rhythms along with the hit hat of the drums make reggae uplift and fill you with peace. With this in mind we bid you farewell, hoping you will attend one of these amazing reggae festivals in America.

add a comment of Best reggae music festivals in America