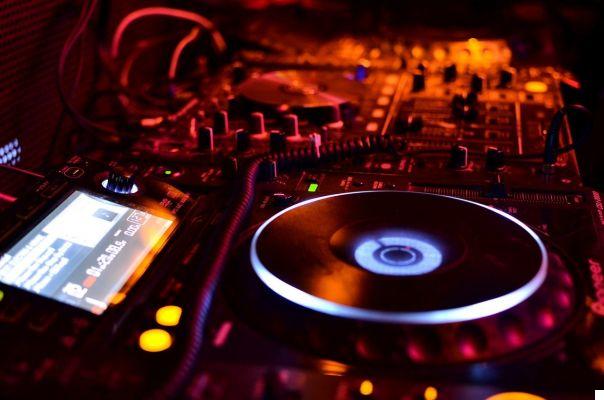 The 10 Best DJs in Colombia

There are not only vallenato, pop or reggaeton singers in Colombia, but also many producers and DJs specialized in remixing various artists or unreleased tracks of Techno, Dance, EDM and many other electronic genres. Here are the 10 best DJs in Colombia; some of them may have presentations in your city, will you go to listen to them?

The young DJ Victor Cardenas has a short musical career, but has quickly gained international recognition. He stands out as a music producer and has produced tracks for JLO (Baila Conmigo), Maluma (Que Chimba), Farruko (Pepas) and Lele Pons (Volar). Lele Pons (Volar).

In addition, among their most recognized songs are "Me gustas tú", "Mr Saxobeat", "La flaca" and "Siento". In addition to this, you should know that he has performed at major festivals such as the "El Festival de la Música". Tomorrowland.

Daniel Amézquita, better known as "Moska", is a talented young man who has worked with the greatest exponents of electronic music such as Calvin Harris, Major Lazer, Laidback Luke, among others.among others. He is also the first Latin American producer to sign an exclusive agreement with the label of the famous Dj Tiësto, "Musical Freedom". In addition to this, he was in charge of making the official remix of the song official remix of the songs "Despacito" by Luis Fonsi and "Mi Gente" by J Balvin.

KhoMha is one of the best Colombian DJs that you must listen to, since his musical style is unique and covers genres such as progressive trance, house and techno. He has also participated in festivals such as Ultra Music Festival, Electric Zoo New York, Creamfields and Tomorrowland.

As if that wasn't enough, in 2015 his track "Hydra" was chosen as the soundtrack of the film "Wild Card".a film starring Jason Statham and the famous Colombian actress Sofia Vergara.

Agudelo 888 was nominated for Premios Lo Nuestro in 2022 along with other Colombians like DJ Cornetto and Víctor Cárdenas, who are also on this list. His real name is Daniel Agudelo and he achieved recognition during the Covid-19 pandemic, as he held virtual parties through social networks.

Thanks to the popularity of this Paisa DJ, he has shared the stage with Colombian artists such as "La flaca", "La flaca" and "Siento". Karol G and J Balvin. Have you heard him yet?

Born in Armenia, Sebastián is a DJ who knows how to win over the public, as he creates unique atmospheres and unique atmospheres and true climaxes on the dancefloor.. Because of this he has performed in the most popular Spanish clubs such as Privilege (Ibiza), elRow (Barcelona), C.O.D152 (Valencia) and Fabrik (Madrid).

Likewise, he has performed in the best clubs of Morocco, Panama, Dubai, Colombia and Venezuela. If you have visited those places, you have surely heard him live.

Another one of Colombia's best DJs is Cornetto, who is characterized for wearing a magenta helmet in the style of the famous American DJ Marshmello. Cornetto chose this color because it represents tranquility and love.

Also, the style of his music is the "Guaracha House" and wants to be one of the exponents in bringing this Latin American rhythm to the best. electronic music festivals.

He has participated several times in the championship of Red Bull, "Thre3Style". There, the best turntablists are presented. Also, you should know that DJ Pho is one of the best exponents of scratch in Colombia.

In the same way, we mention that he has worked with DJ Shadow. He has even performed at popular events in Bogota and other parts of Colombia and the world.

The experience of this DJ spans more than a decade in the house and tech house scene. In 2021, he received 5 nominations in the awards, of which he won 3 "Colombia Dance Award". of which he won 3 in the categories Best Record Label, Best Media and Best Duo or Live Show.

As you can see, Steve Aguirre has achieved both national and international recognition and has shared the stage with the following artists Roger Sanchez, Rafa Barrios, Chus & Ceballos and David Tort.

Julio Victoria is not only one of the best DJs in Colombia, but also stands out as a music producer. Similarly, he has performed on stages of important festivals in his country, including Estereo Picnic, Sónar Bogotá, Nuits Sonores Colombia and Boiler Room Colombia.

It should be noted that in 2019 he launched a electronic music project for children of one of the poorest neighborhoods of Bogota "Ciudad Bolivar".

The most important clubs in Germany (Berghain and Tresor) have been the stages where the Colombian DJ Adriana López has made her mixes to make the public dance.

Without a doubt, Pioneer DJ decks and equipment of the highest quality go all out thanks to the best DJs in Colombia, who offer sessions on radio and streaming platforms, as well as concerts at major festivals such as Tomorrowland. If you really like electronic music, you must go to a concert of these Colombian artists.