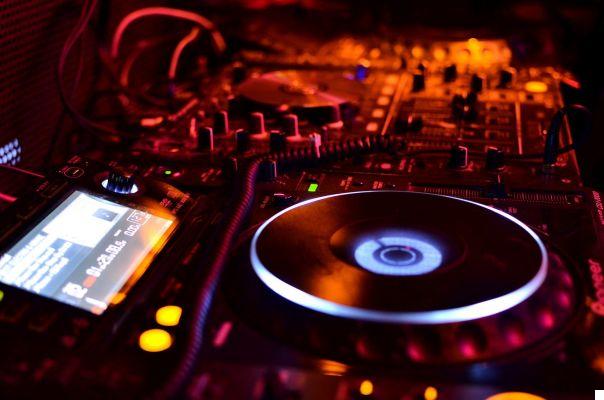 If you like to have fun at festivals and vibrate to the rhythm of house, techno, hardstyle and many others, in Topfestivales we tell you what are the best electronic music festivals in Barcelona.

Barcelona has the perfect options for you. The Catalan capital has been hosting this kind of festivals whose essence is electronic music for years. Below, we invite you to discover some of the most popular in recent years

We begin this tour of electronic music festivals in Barcelona talking about those events that ONLY offer this musical style. Do you want to know what they are? Attention!

Do you like the beach combined with a touch of dance music? Get your towel and sunglasses ready, we're going to the sand of the Fòrum beach to move our feet to the rhythm of dance music at the Barcelona Beach Festival. After having to cancel two consecutive years the celebration of its seventh edition, the BBF will reopen its doors on July 2, 2022.


The organization is working to preserve the largest number of artists who were scheduled for this year and thus be able to offer a lineup similar to the initially scheduled, although according to the promoter has communicated "with some surprise" for what they assure will be a "historic"edition.

The tickets, which have already been put on sale on the website festival, ranging from 80 euros for a general pass, can pay a higher price to consume in the enclosure, to 567 for a "VIP Experience", which includes food and drink all night and access to the stage and backstage.

We hope that this edition can finally be held and continue to keep the festival in good standing, which has managed to become one of the leading EDM festivals internationally.

We move from the sand of the beach to the Parc del Fòrum, where among the hundreds of events that takes place during the year is the DGTL Barcelona. This festival is part of the Dutch festival series, a key brand in electronic music that organizes incomparable events all over the world.

The edition, which has been held since 2015 in the city of Barcelona and was going to celebrate its sixth edition next September 4 and 5, has communicated through its social networks that it has finally been suspended due to the complication of the health situation.

This year the festival intended to exceed all expectations, and had already confirmed that the event would have four stages, one more than in past editions.


Also, we can highlight something that differentiates this festival from many others, and that is that it has initiatives and facilities that aim to raise awareness among attendees about the importance of sustainability, seeking to become a circular festival.

With almost 20 editions behind it we find Sónar, a festival that since its inception has had a great impact contributing greatly to the cultural tourism sector, where it has come to contribute 52 million euros (in 2007).

A festival that, in addition to offering electronic music by renowned artists, presents an urban and avant-garde format also incorporating experimental music.

And if, as well as liking this type of music, you also like technology or other types of art, Sonar always brings other types of parallel activities to the concerts and sessions.

The festival will return to its usual venues at Fira de Montjuïc and Fira de Gran Via (Barcelona) on 16,17 and 18 June 2022. Tickets are already on sale and have been announced some of the stars that will be present in this new edition, as Avalon Emerson, Nathy Peluso or Kiddy Smile.

Festivals with electronic music in Barcelona combined with other styles

Are you still hungry for more? Barcelona can also offer you other music festivals that, in addition to electronic music, have other musical styles in their program.

The Vida Festival, an international festival that brought together more than 10,000 people in its last edition. This festival in addition to electronic music hosts other genres such as pop and rock, although with a strong indie accent.

While during the day it takes place on Daurada Beach, in the evening it bids farewell to the Mediterranean breeze to move its shows and end the night at the Masia d' en Cabanyes.

Artists such as Vestusta Morla, Rigoberta Bandini, Nathy Peluso and Love of Lesbian are some of the artists who starred in the last edition, which was the first event to be held after the pandemic.

The organization of the festival has already confirmed the dates of its next edition: from June 30 to June 2, 2022. In addition, the sale of tickets for this edition is already available on their website.

The Primavera Sound Festival has become one of the most popular festival dates in the city of Barcelona. This festival besides offering electronic music, is able to surprise with the most alternative aspects of rock, pop or hip hop.

The organization of the festival has already announced the dates for its next edition, which will begin on June 2, 2022. An edition that incorporates a novelty, and this time the festival will have about two weeks long. From 2 to 4 June the festival will be held in Parc del Fòrum with artists such as C. Tangana, Pablo Vitta, Gorillaz or Amaia.

To end the edition, the festival organizers have prepared one last event, which will take place on June 12 on the beach of Sant Adrià de Besòs, something they have called "Brunch on the beach". It will feature artists such as Amelie Lens, Peggy Gou, the dj set of Nicola Cruz or Monolink.

With the Maremagnum Fest we offer you a very economical option, because this festival is free. This totally free event is held in the square outside the Maremagnum shopping center in Barcelona.

Although artists of the indie, pop and rock scene stand out, some artists who have passed through this festival also bet on electronic music.

This October 2 will celebrate its fourth edition, and will feature artists like Chico Blanco, who recovers genres such as 90's hause or UK garage techno to merge them with current urban music.

Other artists will also give name to this edition, such as Vic Mirallas, Gabriela Richardson or Rojuu.

The BAM Festival is another of the electronic music festivals in Barcelona and the one in charge of giving atmosphere to the city and is held during the festival of "La Mercé". The festival offers a wide range of musical proposals, and during these dates the city is filled with talents of dance, electronic, rock or pop music.

The event takes place in multiple spaces such asJoan Coromines square, Els Àngels square, the Fòrum park or the old Estrella Damm factory, among others. In addition, the organizers of the event prioritize the presence of local artists, but also scheduled performances by international artists.

Artists such as Whales, Conan Osiris, PRAED or Big Pig, are some of those who were present in the edition held in 2019.

The Cruïlla Summer Festival is a festival with a wide variety of artists with a great variety of genres such as ska, hip hop, folk, rock or electronic music. The festival also has other types of events on art, gastronomy, fashion, technology and wellbeing.

The next edition of the festival will take place on 7,8 and 9 July 2022 at the Parc del Forùm in Barcelona, and tickets are already available for sale.

For now, we only know two of the artists who will be present in this next edition: Residente and Fat Freddy's Drop.

The Mutek festival, which also includes a wide variety of genres, presents a novelty compared to the rest, and that is that this festival has a hybrid format, so that it has face-to-face and virtual events transmitted from its platform. It is also celebrated in parallel with its counterpart, held in Buenos Aires.

The programs of this festival stand out for their diversity and authenticity, presenting local projects as in previous editions with Mainline who presented the premiere of his live show, the Australian Dj Plead or the Colombian Dj of the collective Maricas.

A so-called festival without borders in which attendees can feel all the songs, stages and artists at the same time and in the same way as in the other continent.

This festival will return to Barcelona in 2022 with its third edition, which although neither dates nor artists have yet been confirmed, will be held in an enclosure located in the Parc de Can Zam in Santa Coloma.

add a comment from Best electronic music festivals in Barcelona